Washington and Oregon are favored to win this year’s Pac 12 Championship. Are one of those two teams a lock? Or, will a team desperate to get into the NCAA Tournament take down the Huskies and Ducks and score the tournament trophy? Let’s take a closer look at the odds to win the 2019 PAC-12 Championship.

Five #Pac12WBB teams are ranked in the @AP_Top25 as @StanfordWBB moves up to No. 6 after winning the Pac-12 Women’s Basketball Tournament title on Sunday. #BackthePac pic.twitter.com/zfFxnIIhEd

Which of the two favorites deserve backing to win the 2019 Pac-12 Conference Championship?

The Pac-12 might only send two teams to the NCAA Tournament this season. That’s how awful things have been for teams out west. Arizona’s been terrible. Stanford is just as bad. Both L.A. schools, UCLA, and USC, are horrendous.

Even the best team in the conference, the Washington Huskies, played badly down the stretch. Washington enters the Pac-12 Tournament having gone 2-2 on the moneyline. They beat Stanford by 1, 62-61, and needed overtime to take down Oregon State 81-76 at home. Washington lost to Oregon 47-55 and to Cal 73-76. The Huskies are a massive underlay at +220 to win the conference tournament this week.

That leaves us with Oregon and Arizona State. The Sun Devils of ASU were great earlier in the season and are in decent enough form to win the Pac-12 Tournament, but the Oregon Ducks have played like the best team in the conference.

Oregon’s a great play to win the conference tournament this week.

Of the less than +2700 choices, which team has the best shot of upsetting the favorites?

The value play is on Utah to win the tournament. The Utes ended their regular season going 3-1 straight up. While they did lose by 8 points to Colorado, Utah beat Washington State 92-79, USC 83-74, and UCLA 92-81.

Utah’s on fire on the offensive end. If they can get their running game going, they can beat any team in the Pac 12 because they’re shooting better than any of their likely opponents. Utah will try to overwhelm their opponents this week with possessions and quick shots. That might be a great strategy considering how bad the teams are in the Pac 12 this season.

Does Washington State or Cal have any chance at winning the 2019 Pac-12 Conference Championship?

Both have a shot because there’s no standout team in the conference. Washington State can win the Pac 12 Tournament if Robert Franks, their 6’ 9” forward, dominates. Franks averages 22.1 points and 7.4 boards per game.

8-22 California will rely on 3 players: Connor Vanover, Matt Bradley, and Justice Seuing. By allowing those 3 more freedom in the offense, Cal has gotten much better. They ride a 3-game win streak into the Pac 12 Tournament and could be a force this week. 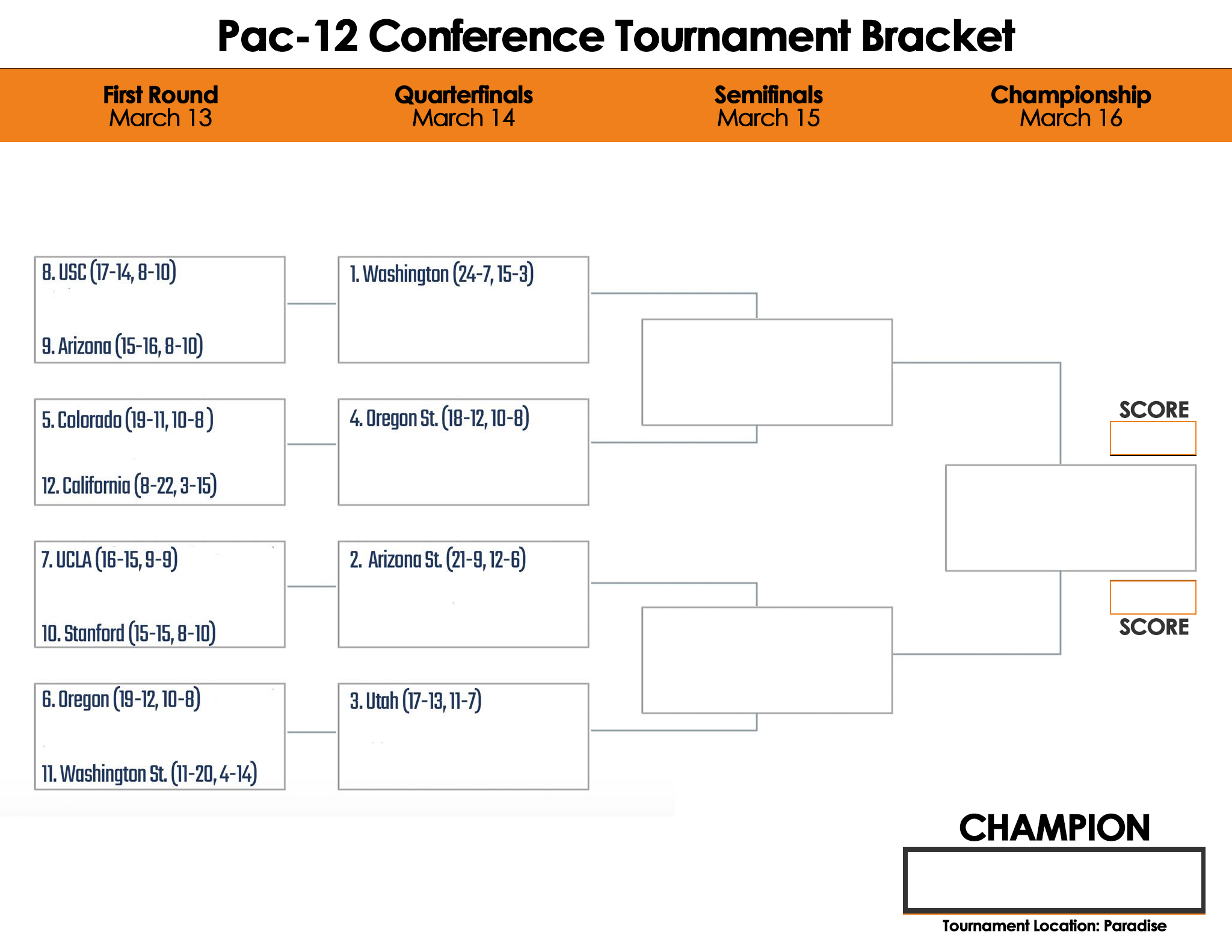