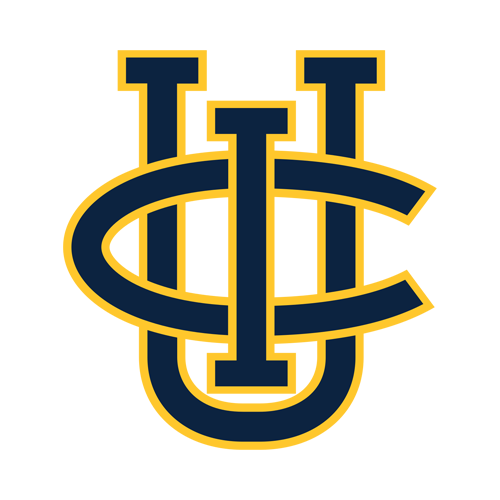 Looking for a chic upset pick in the first round of the 2019 NCAA Tournament? No. 13 UC Irvine could be just the ticket against No. 4 Kansas State in South Region action Friday, especially if the Wildcats are without one of their best players in Dean Wade – which they might be. They are still Mybookie Sportsbook favorites in the March Madness odds.

RT @NBCSportsRadio: The Anteaters of @UCIAthletics have 30 wins & play Kansas St in the 1st round. @CoachRussTurner talked to @1TimMurray & @JenksNBCS about how his team’s size could give KST a run for their money. https://t.co/ow3JP8m0dC

Why Bet on UC Irvine?

This will be the second meeting between K-State and UC Irvine on the hardwood and in consecutive seasons after the Wildcats earned a 71-49 victory at home on Nov. 17, 2017. Kamau Stokes was one of three Wildcats in double figures with a game-high 14 points, as neither team shot 40 percent from the field.

UC Irvine is led by head coach Russell Turner, who has a 187-127 (.595) record in 10 seasons at the helm of the Anteaters, which includes six postseason appearances in the last seven seasons. UC Irvine lost just five times all this season and was the Big West regular-season and tournament champion. It crushed Cal State Fullerton 92-64 in the Big West final. UCI’s 28-point margin of victory was the largest in the Big West Tournament championship game history, bettering the previous record of 25 set by UNLV over San Jose State (94-69) in 1987.

UCI, who won its second tournament title in the last five years, improved the school record winning streak to 16. The Anteaters are one of four teams nationally (Houston, Gonzaga, and Buffalo) with 30 wins this season.

The Anteaters are a great defensive team, especially in the paint. UC Irvine allowed the lowest field goal percentage on 2-point attempts in the nation, at just a tick over 40 percent for the season. Jonathan Galloway anchors things in the paint for the Anteaters. The senior center won Big West Defensive Player of the Year for the third consecutive season this year.

This is the ‘Eaters second NCAA Tournament appearance in school history. They previously advanced to the Big Dance in 2015 when they were also a No. 13 seed and took Louisville down to the wire in a 57-55 loss at Key Arena in Seattle.

Why Bet on Kansas State?

Will K-State senior forward Dean Wade play? Wade, a first-team All-Big 12 pick, skipped the Big 12 Tournament last week after injuring his right foot in the regular-season finale against Oklahoma. K-State listed Wade as questionable for the event at the beginning of the week and Bruce Weber downgraded to Wade doubtful when the team arrived in Kansas City. He was in attendance for both of K-State’s games at Sprint Center, but Wade was nothing more than a spectator while wearing a walking boot on the bench.

Wade tends to get hurt at the worst possible time as he only played eight minutes during K-State’s run to the Elite Eight last season after suffering a stress reaction in his left foot at the 2018 Big 12 Tournament. The 6-foot-10, 228-pound Wade is averaging 12.9 points on 49.2 percent (122-of-248) shooting, including 41.8 percent (23-of-55) on 3-pointers, and a career-high-tying 6.2 rebounds to go along with 2.8 assists in 30.4 minutes per game for the Wildcats, who won the Big 12 regular-season championship. His status for Friday might not be known until the morning of the game.

The Wildcats grabbed a share of the Big 12 regular-season title with their trademark defense and ability to take care of the basketball. If KSU tops 75 points in a game — as it did once in conference play — it’s big news. The Wildcats are ranked sixth by KenPom.com in defensive efficiency, trail only Texas Tech in the Big 12 defensively and limit rivals to a mere 59.1 points. KSU plays to its defense with a deliberate offense that allows for fewer possessions. KSU kept 17 teams from scoring 60, but 10 squads prevented the Wildcats from hitting that mark, and Kansas State lost five of those games.

The program has posted a 37-34 all-time record in NCAA Tournament play, including 11-5 in the first round. The school will be making its third consecutive appearance (2017-19) in the South Regional and the fourth overall with the other trip coming in 1993 and is 4-3 all-time in the region. K-State will be making its third appearance as a No. 4 seed and the first since the 2013 NCAA Tournament, in which, the Wildcats lost to No. 13 seed La Salle, 63-61, in the West Regional in Kansas City.

Posted: Wednesday, March 20, 2019 10:41, EDT
Looking for a chic upset pick in the first round of the 2019 NCAA Tournament? No. 13 UC Irvine could be just the ticket against No. 4 Kansas State in South Region action Friday, especially if the Wildcats are without one of their best players in Dean Wade – which they might be. They are still Mybookie Sportsbook favorites in Read More

Posted: Tuesday, March 19, 2019 4:34, EDT
Whether you’re an experienced college basketball betting enthusiasts or a casual fan that only wagers when the annual national championship tournament rolls around, you’re probably like every other March Madness college hoops betting enthusiast these days – meaning, you’re in search of some value-packed upsets. Download Our Exclusive 2019 March Madness Bracket now! Thankfully, that’s where I come in with Read More

Posted: Thursday, February 4, 2016 7:26, EST
With March Madness continuing to draw closer, we’ve decided to take a look at a number of title-contending teams and what can be expected of them!