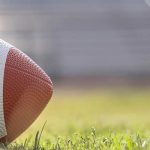 MyBookie brings you a free Tennis betting preview for the 2021 Moselle Open, slated to kick off on Monday, September 20. Here is all the information you need to place bets on ATP Betting Odds.

The 2021 Moselle Open is an indoor tennis tournament played on hard courts. It is the 23rd edition of the tournament and a part of the ATP World Tour 250 Series, scheduled to take place at the Arènes de Metz in Metz, France, between September 20 – 26, 2021.

All The Eyes On Hurkacz

Hubert Hurkacz heads to Metz, France, for a shot at the Moselle Open title, following a devastating R2 exit from the 2021 U.S. Open. The Polish tennis star has never won in Metz before, albeit it’s hard to doubt his chances to shine this week, seeing how Hurkacz is the highest-seeded player at the 2021 Moselle Open.

In August, Hurkacz reached the quarter-finals of the Canadian Open, when he nearly won against the recently crowned U.S. Open champion, Daniil Medvedev (6-2, 6-7, 6-7). Prior to that, Hurkacz also reached the semi-finals of the 2021 Wimbledon and won the Miami Open in April.

2021 is Hurkacz’s best season to date, having peaked at world no.11 in July, and is now ranked 13th on the ATP ladder. Suffice to say, Hurkacz will be one of the favorites to win in France.

Carreno Busta Looking to Shake Up the Field

Spaniard Pablo Carreno Busta will aim to secure his third ATP Tour title of the season in Metz and his first on the hard courts. The 30-year-old, former no.1, enters 2021 Moselle Open as the second-seeded player and a serious threat for Hurkacz and his chance for the title.

Like the Pole, Busta has achieved some success in 2021, having made it to R4 at the 2021 French Open, quarter-finals of the Cincinnati Masters, and has won two titles across 15 tournaments on the year. Like Hurkacz, Busta is enjoying one of the best seasons in his career, with a 71% win rate across all surfaces and a 13/7 record on hard courts.

Four-Time Champion Looking for His Fifth

World no.113, Jo-Wilfried Tsonga, will chase his fifth Moselle Open title this week, having already won here in 2011, 2012, 2015, and 2019. The 36-year-old French tennis player is by far the most successful player at the tournament, albeit he is no longer the same player he was the last time he won here (world no.61).

Unlike the main favorites, Tsonga hasn’t achieved much this year, with two Grand Slam R1 exits at the 2021 French Open and 2021 Wimbledon. His most notable accomplishment of 2021 came in March when he made it to the Round of 16 at the Open 13, where he lost against Ugo Humbert (3-6, 4-6).

Tsonga has 18 career titles and an Olympics gold medal, albeit he hasn’t won anything since 2019. And with the form he has been showing, it’s unlikely that he’ll manage a deep run in Metz. We’re ready for Tsonga to prove us wrong, but it likely won’t happen.

ATP & WTA 2021 US Open Betting Update: Raducanu and Fernandez into The Finals

Posted: Friday, September 10, 2021 11:58, EDT
Mybookie returns with the daily 2021 U.S. Open betting update, where we provide you with an update of everything there is to know about the ongoing Grand Slam tennis tournament. Today, we focus on the women’s finals match between Emma Raducanu and Leylah Annie Fernandez, who will clash in the grand finals on Saturday, September 11. Let’s jump right into Read More

Posted: Thursday, September 9, 2021 1:21, EDT
MyBookie returns with a daily 2021 U.S. Open betting update, where we take a look at what has happened at the fourth and final Grand Slam tennis tournament of the year, who made it through, and who fell flat while chasing the prestigious title. Here is all you need to know about the 2021 U.S. Open, so you can bet Read More

Posted: Wednesday, September 8, 2021 12:50, EDT
MyBookie brings you a daily 2021 U.S. Open update, where we provide you an update on the latest events at the fourth and final Grand Slam of the year. Here is all you need to know about the 2021 U.S. Open with all the information you’ll need to place bets on the US Open Betting Odds. 2021 US Open Daily Read More

Posted: Tuesday, September 7, 2021 1:52, EDT
MyBookie returns with a daily 2021 US Open Betting update, where we take a look at what has happened at the USTA Billie Jean King National Tennis Center, which tennis players delivered, and who slipped and lost their shot at the Grand Slam title. Here is everything you need to know ahead of the final stage of the 2021 U.S. Read More

ATP & WTA 2021 US Open Betting Update: Chaos in Women’s Side of Competition

Posted: Monday, September 6, 2021 1:32, EDT
MyBookie returns with a Tennis Betting Update for the ongoing 2021 U.S.Open, where we take a look at what has happened at the fourth Grand Slam tournament and how have the tennis betting odds changed as a result of the recent happenings. Here is all you need to know about the 2021 U.S. Open betting odds! 2021 US Open Daily Read More

Posted: Friday, September 3, 2021 12:44, EDT
MyBookie brings you a daily 2021 U.S. Open Betting Update for Friday, September 3, where we look at what has happened in USTA Billie Jean King National Tennis Center, which tennis players delivered, who fell flat, and what to expect in the next round of play. 2021 US Open Daily Update – September 3rd Update ATP & WTA Betting | Read More

Posted: Thursday, September 2, 2021 5:26, EDT
MyBookie brings you another 2021 U.S. Open Betting Update, where we take a look at the outright betting odds, how they have changed throughout the tournament, and how do they reflect the players’ chances to hoist the coveted Grand Slam trophy. Here is all you need to know about the 2021 US Open betting odds! ATP & WTA Updated Odds Read More