How do the NFL Playoffs / Super Bowl 1 Bracket Work?

The AFL with 9 teams had the best team in the Eastern Division would play against the best in the Western Division in a championship game. If there was tie in the standings, a playoff would be held to determine the division winner.

The NFL With 16 teams in the league in 1967, this was the first season that the NFL used a four-team playoff tournament. The four division winners advanced to the postseason, with the two division winners in each conference meeting in the first round (effectively being conference championship games). The championship game this year was the famous Ice Bowl, played in Green Bay on December 31.

*Our NFL Playoffs / Superbowl Printable Bracket does not require any additional app or programs like Adobe Acrobat, or PDF Viewer to use. JUST CLICK PRINT! 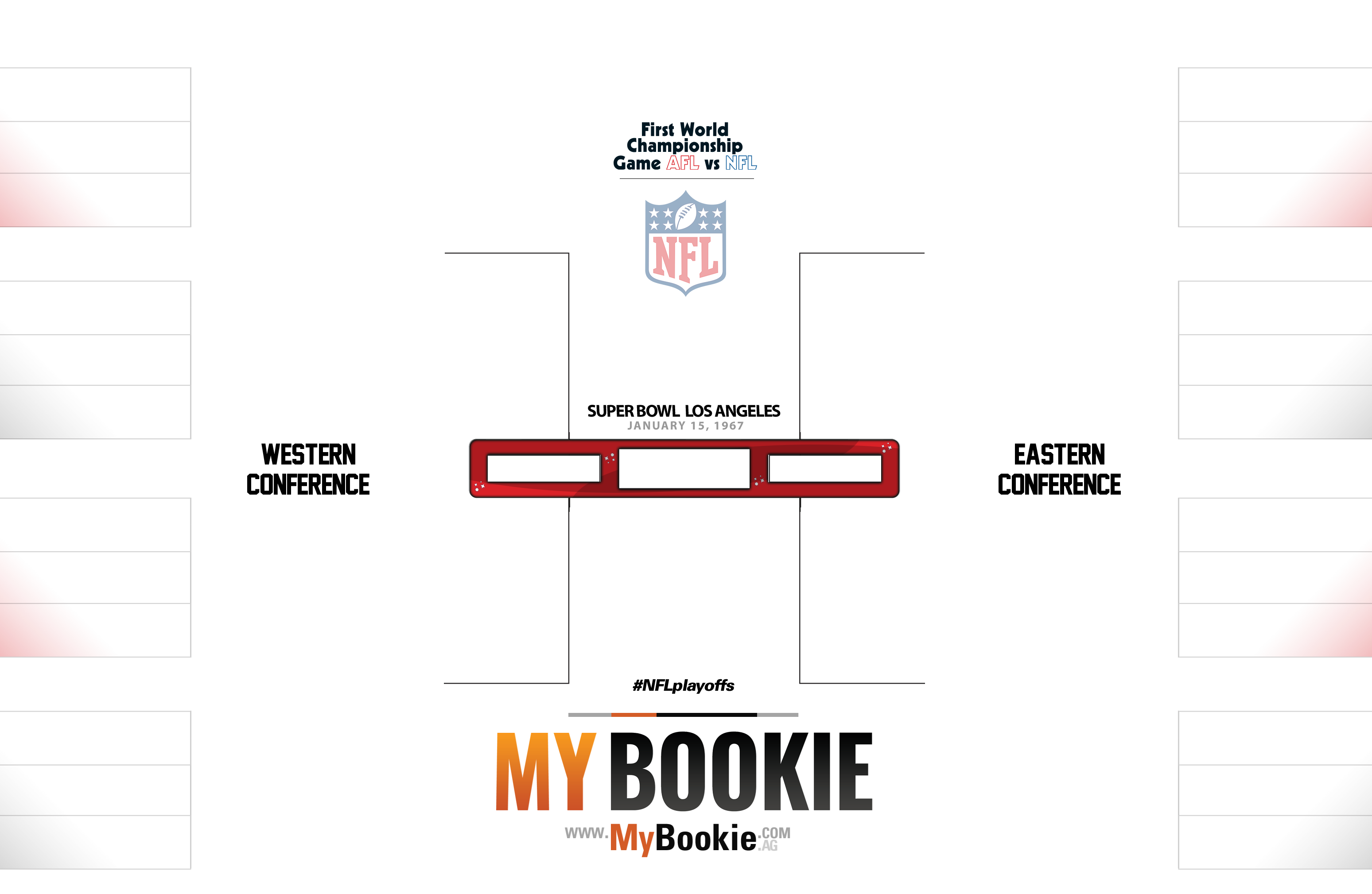 
10   Kansas City
Green Bay   35
Green Bay
*TIP : If You do not have access to a printer your local internet cafe should offer printing services.

** This is not the Official 1967 Printable Superbowl bracket for the men’s 1967 NFL Playoffs tournament Printable PDF. Our Unofficial 1967 Version is created with easy to update HTML/CSS and one click print technology. Our team will be updating the winners brackets live after each game goes final, check back after each game to print an updated 1967 Playoffs bracket.