Hoop fans can’t help but get excited after college basketball’s first week. The best team in the nation showed why they’re destined for the Final Four. On Tuesday, Duke-Michigan State and Kentucky-Kansas happen while, so far, there are no COVID related issues. Check out the Men’s College Basketball Top 25 along with the biggest news from college hoops’ first week. 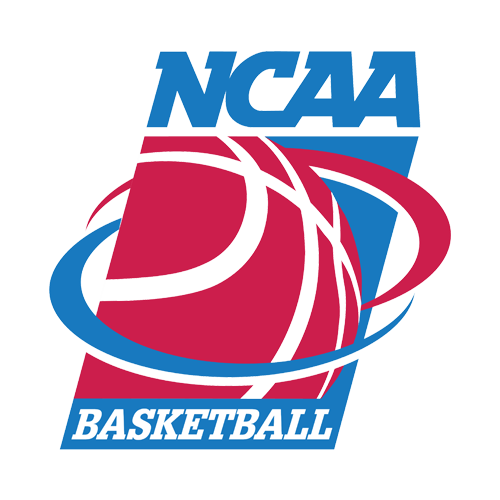 College Basketball is available to bet on starting late October and run through until the end of the March Madness Tournament Finals in early April, the season really starts to heat up as the College Football ends and highlights key days of each week to feature college hoops. Different Days of the week to bet on NCAA College Basketball include Super Tuesday (TV series) Super Tuesday appears on ESPN and ESPN2 every Tuesday in prime time with the biggest regular-season games in college basketball. The show is similar to Big Monday, Thursday Night Showcase, Saturday Showcase, Saturday Prime Time Sunday Night Basketball and Wednesday Night Hoops also across the ESPN Networks. CBS also broadcasts a lot of NCAA Basketball as well as the March Madness NCAA Tournament. If you are interested in Today’s Current NCAA Basketball odds your in the right place, and also be sure to check out MyBookie Bracket Central and our featured Printable March Madness 2020 Bracket

The top-ranked Gonzaga Bulldogs and second-ranked Baylor Bears will both be looking to make a statement when they square off in their highly-anticipated matchup on Saturday. Baylor is coming off an impressive win over a Top 10 opponent the last time out while Gonzaga already has a pair of wins over nationally-ranked opponents. Now, let’s find out which team is offering the best betting value against their College Basketball odds in this showdown.

NCAA Basketball Predictions – No. 1 Gonzaga at No. 2 Baylor

Why Bet On No. 1 Gonzaga

The top-ranked Bulldogs blitzed No. 6 Kansas 102-90 in their regular season opener on Nov. 26 before taking out a very good Auburn team 90-67 the following day. Gonzaga had a tougher time in getting past No. 10 West Virginia 87-82 on Wednesday. Corey Kispert finished with 19 points and five rebounds in Wednesday’s win while Andrew Nembhard added 19 points and six assists off the bench.

Talented freshman point guard Jalen Scruggs went down with a left foot injury in the first half but returned to steady an offense that clearly struggled without the five-star recruit.

“Him coming back in the game was big for us,” said Nembhard, a transfer from Florida. “He played football [in high school] so you know he’s tough. And we’re pretty versatile so we could do some different things in the second [half] to help him out. It worked out well for us.”

The second-ranked Bears walloped the Louisiana Ragin’ Cajuns 112-82 in their regular season opener on Nov. 28 before recording a more impressive win in their second game by beating Washington 86-52 on Sunday. The Bears won their first two games under assistant coach Jerome Tang who was filling in for head coach Scott Drew after testing positive for COVID-19. The Bears then got past No. 5 Illinois on Wednesday as Adam Flagler scored a team-high 18 points off the bench and Davion Mitchell added 15 points, seven assists and four rebounds with Drew back on the sidelines.

“It definitely felt like my teammates and coaches gave me confidence,” Flagler said. “That just allowed me to compete and play as hard as I can. I can’t give enough credit to my teammates for finding me and me finding them.”

Drew said he understands the importance of this matchup.

“Anytime you have 1 vs. 2 in any sport, it draws great attention, visibility, notoriety, interest,” Drew said after the win over Illinois. “They’re very similar to our team. They have a lot of guys who can score 15 or 20 points. It’s going to be a great game and a great opportunity for us.”

Gonzaga might be the top-ranked team in the country, but Baylor is more athletic, equally well-coached and has a chip on their collective shoulders. After watching a young West Virginia  team give them all sorts of  trouble just a few days ago, I like Baylor to win and cover the spread. Gonzaga has gone1-4 ATS in their last 5 Saturday games and 1-5 ATS in their last 6 neutral site games. While Baylor has gone an uninspiring1-4 ATS in its last 5 games overall, the Bears are also 4-0 ATS in their last 4 neutral site games. I like Baylor to get the statement-making win in this huge meeting!

Posted: Monday, November 30, 2020 5:00, EST
The 2020-21 NCAA college basketball season may only be a week old, but some eye-opening events have already taken place that may or may not have altered the long-range outlook for several national championship hopeful ballclubs and college basketball betting enthusiasts everywhere. With that thought in mind, it’s time for some really early March Madness predictions, though again, these predictions Read More
0 comments

How to Bet on NCAA2K Madness Simulation Games?

Posted: Tuesday, April 7, 2020 10:42, EDT
While the 2020 March Madness national championship basketball tournament has been canceled due to the ongoing coronavirus scare, there’s still money to be made by betting college hoops – by making some value-packed wagers on NCAA2K Madness Sim Betting lines in the MyBookie.ag sportsbook! How to Bet on NCAA2K Madness Simulation Games? Sure, while we’re all in agony over the Read More
0 comments

Posted: Thursday, March 12, 2020 12:31, EDT
The AAC Championship Tournament kicks off on Thursday, March 12. Houston offers low odds of +180 to take the championship on Sunday. But the Cougars don’t have as much to play for as Wichita State, Cincinnati, Connecticut, and Memphis. Houston is the lone American Athletic Conference squad that’s a lock for an NCAA Tournament bid. The Shockers, Bearcats, Huskies, and Read More
0 comments

Posted: Thursday, March 12, 2020 12:18, EDT
The Big 12 Tournament started on Wednesday, March 11. Both Kansas State and Oklahoma State moved to the second round. Oklahoma State takes on Kansas while K-State battles Baylor. Do those dogs have any shot in the College Basketball Odds ? What about Kansas and Baylor? Are the Jayhawks and Bears destined for a Big 12 Conference Championship showdown? Check Read More
0 comments

Posted: Thursday, March 12, 2020 11:44, EDT
No team from outside a current power conference has won a national championship in college basketball since UNLV in 1990, but that drought could end come April. Here are the only schools with a realistic shot and their NCAAB odds. We are not including Dayton as we looked at the Flyers’ chances on Thursday here at Mybookie College Basketball Odds. Read More
0 comments

Posted: Thursday, March 12, 2020 11:34, EDT
The Pac-12 calls itself the Conference of Champions, but it hasn’t had a national champion in college basketball since way back in 1997. Might that change this season? Doubtful, but here are the only schools with a shot at it along with College Basketball odds. NCAAB: Which Pac-12 Teams Can Win National Title? Oregon (+2200) The first NCAA Tournament was Read More
0 comments

Posted: Thursday, March 12, 2020 11:21, EDT
The SEC is easily the most dominant conference in college football, but not so much in NCAA hoops outside of Kentucky. No SEC school other than the Cats has won a national title since 2007. Here are the only legitimate contenders to win it all this year with College Basketball odds. NCAAB: Which SEC Teams Can Win National Title? Kentucky Read More
0 comments

Posted: Thursday, March 12, 2020 11:16, EDT
The ACC is considered a bit down this season entering the NCAA Tournament with schools like North Carolina, Notre Dame and Syracuse having disappointing seasons, but don’t be surprised if an ACC team cuts down the nets on April 6 in Atlanta. Here are the three schools from the league that can win it along with Mybookie odds. Defending national Read More
0 comments