NBA News and Rumors
Losing is something that every team has to experience over the course of a season, but how those losses are handled is critical to the success of that team moving forward. They can try to find ways to fix the issues, or they can start to dream up all sorts of excuses for what is going wrong. The Atlanta Hawks and Boston Celtics are both underwhelming right now, and one of them is going to have to come up with another excuse after they hook up in the ATL on Tuesday night.

Not much to celebrate tonight. We’re back home Tuesday to honor Dikembe! pic.twitter.com/EVm1sqWYFr

The Atlanta Hawks (9-6) certainly started the season well enough, running out to a 7-1 record. They have not been very goof of late, though, and it is injuries that they are using as the excuse for their current poor play. They do have an argument there, as their treatment room is a little busier than most, but this is still a team that should be good enough to beat the likes of Brooklyn and Minnesota, both of whom they have lost to in the past week or so. Their recent run of poor form has seen Atlanta relinquish the lead in the Southeast Division to the Miami Heat. Despite these recent setbacks, there doesn’t seem to be a sense of panic in Atlanta. This is a team that has grown accustomed to winning under Mike Budenholzer, and the general feeling in town is that everything will be okay once the team gets back to full strength. 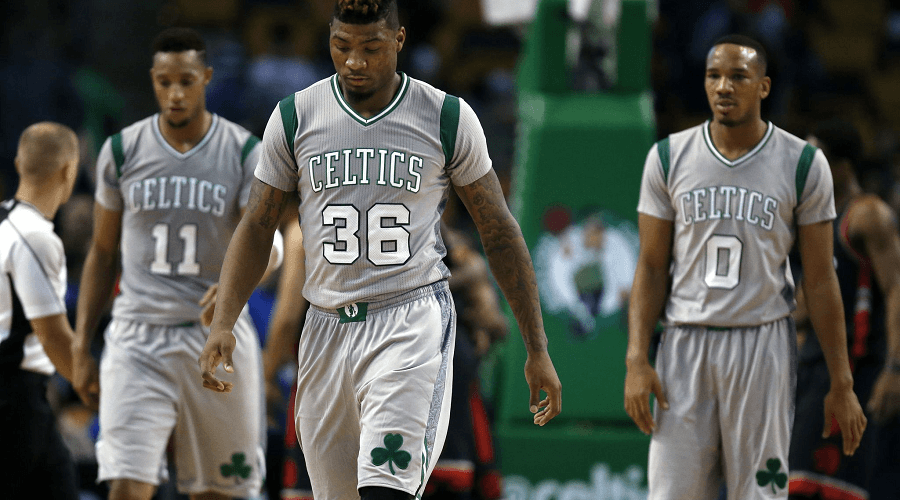 Listen to the players talk in Boston (7-6) and you get the sense that confidence is also still high there, despite that fact that this team has delivered something of a Jekyll and Hyde start to the season. Their back to back games against the Brooklyn Nets last week are a perfect snapshot of what they have delivered through the first few weeks. The Celtics picked up a comfortable 120-95 win on home court on Friday night, but then were totally outplayed by the Nets in the return game, a 111-101 loss, on Sunday night. This week looks as though it may be a tough one, with games against Atlanta and Washington on tap, although they do have a meeting with the hapless Philadelphia 76ers wedged in between those match-ups. This is a team that does not have a lot of star power to draw on, but which plays a system that makes them look a lot like the Atlanta team that surprised everyone last season.

The Celtics already have a big 106-93 win over the Hawks under their belts this season, but it promises to be a bit of a tougher task on the road. I think the Celtics might still be good enough to edge this one over an injury plagued Atlanta, but I think the UNDER might be the better bet here.
Older post
Newer post