NBA News and Rumors
It’s always fun when a pair of teams that are on the upswing after a number of down years go head to head. It’s good for the league to have a bit more parity, and with the likes of the Orlando Magic and Utah Jazz showing that they are ready to challenge again, we also get a slew of great betting options every single night. Those two teams will hook up in Utah on Thursday night.

How many wins in a row? pic.twitter.com/Fzf6kXQ6oJ

The Orlando Magic (10-8) are coming into this one on a real high, as they are on a 4-game winning streak, which is something they haven’t accomplished since back in 2012. New head coach Scott Skiles is pleased with the results, but he is also preaching patience and consistency. The team appears to be buying in, especially on defense, where they are holding opponents to under 100 points per game over the first 18 games. It sounds obvious, but this team needs good defense in order to win. The last time they surrendered over 100 points was also the last time that they lost, which is why keeping that average under 100 seems so important. Orlando has 5 of their next 6 games on the road, and will be looking to improve on the less than stellar 3-5 away record that they have posted so far. Things got off to a good start in Minnesota, although they did have to hold on at the end after almost blowing a 17 point lead. 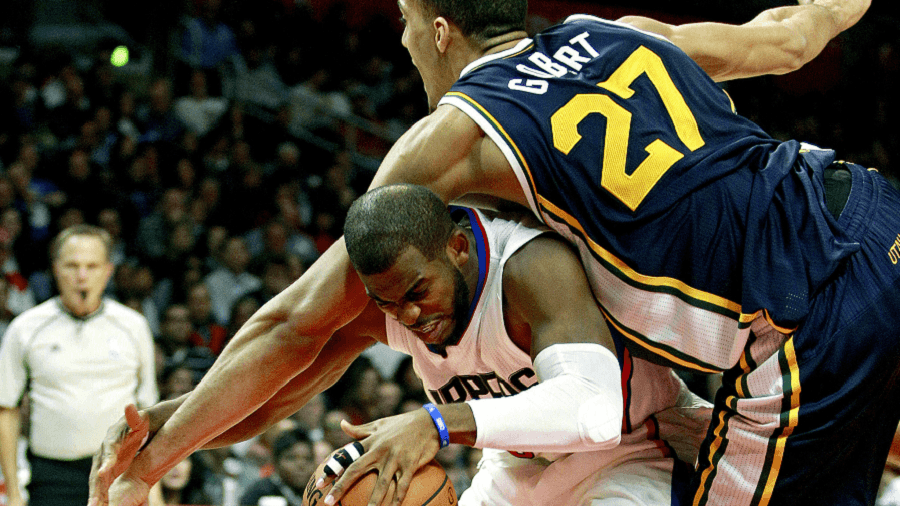 The Utah Jazz (8-8) are similar to the Magic in that they win when they play good defense. Their last 4 wins have come when opponents have been kept to under 100 points, while their last 4 losses have come when they surrendered 100 or more. That would seem to suggest that the winner of this game will be the one that reaches the century mark first, although that is assuming that either of them will do so. With 96.3 PPG, the Utah Jazz are 5 points off the offensive pace being set by Orlando, which means they are going to have to focus on defense to get the win here. That is not necessarily a bad thing for the Jazz, though, as their 94 points per game allowed has them sitting 3rd best in the league in that category.

These two teams split their season series last year, and it was the road team who came up with the win on both occasions. The road team has also covered in 6 of the last 7 meetings between these two. All of that points me in the direction of a win for the Orlando Magic, albeit by only 2 or 3 points.
Older post
Newer post