NBA News and Rumors
Other than the defending NBA champions, every team in the league hopes that the new season will deliver something a little better than the last. Much of that depends on how well they draft, and in the case of the New York Knicks, it looks as though they chose very wisely. They will head to Orlando on Wednesday night to face the Magic, and will have the opportunity to perhaps even get into the playoff picture at the very early part of the season.

When the Knicks (8-7) selected Kristaps Porzingis in the draft, there were a great may people who were more than a little disappointed in the move. They are now all being forced to eat their words, as the big man is proving to be something of a revelation in the Big Apple. Despite the impressive numbers that Porzingis is putting up, he is still making the mistakes that you would expect from a rookie. The good news is that he seems to be well aware of those, and is making strides to improve his overall game. The Knicks are playing better as a team, and have gone 6-2 in their last 8 games, which includes a 5-3 record on the road. That said, they are just 4-6 against conference foes so far this season, and they will need to improve that record in a big way if they still want to be in the playoff discussion at the end of the regular season. The good news is that Porzingis is likely going to get better as he gets more experience, and so far, Carmelo Anthony seems to be okay with someone else getting the headlines. 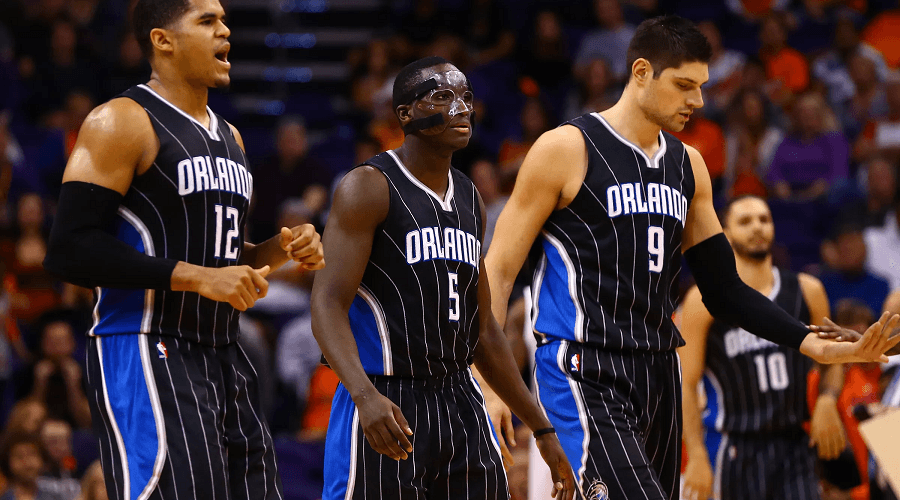 It’s still pretty early in the year, but it already looks as though it might be a bit of a rollercoaster ride for the Orlando Magic (6-8). They got things off to a pretty bad start by dropping their opening 3 games of the season, but then showed some real grit by getting back to .500 with a 6-6 record. Back to back losses to the Sacramento Kings and Cleveland Cavaliers have them once again looking to start climbing out of another hole. This was always going to be a tough season for a team stuck in the same division as the Atlanta Hawks and Cleveland Cavaliers, but the Magic have to be given some credit for the way that they have battled so far. It looks as though Evan Fournier is beginning to blossom into a very good NBA player, and he leads the team in scoring with 18.8 PPG.

These two teams split their season series last year, but it was the Knicks who got the win in their last visit to Orlando. That game ended with New York winning by a single point, and this one might well be just as close. The Knicks have proven to be a solid bet in Orlando, as they are 6-1-1 ATS in their last 8 trips there
Older post
Newer post