NBA News and Rumors
This season’s NBA Lines have so far been very unforgiving to the New Orleans Pelicans, who are off to a 0-6 start and are looking for their first win of the season when they host the Dallas Mavericks this Tuesday. Interestingly, New Orleans’ last game came on Saturday, and it was coincidentally against the Mavericks, who—thanks to a solid fourth quarter run—managed to fly away with a 107-99 victory at the American Airlines Center in Dallas.With the tables turned and New Orleans now playing at home, can the hosts get their revenge with a win of their own in the online sportsbetting NBA odds, or will the Mavericks (3-3) go above the .500 mark with their fourth win of the season?

Though the Mavs claimed what looked like a solid win over the Pelicans on Saturday, an in-depth analysis of that game shows that Dallas got a bit of some help from a number of surrounding factors. For starters, playing at home was a big motivation for the Mavs to (who were leading by just 2 points entering the fourth quarter) to pull away with the win.Moreover, the visiting Pelicans were playing on the second night of a back-to-back set of games, something that was evident in their play as they appeared to tire towards the end of the game. Even more notably, the Pelicans played that game while missing a good number of key injured players, including Kendrick Perkins, Norris Cole, Tyreke Evans and Quincy Pondexter.Entering today’s game, the injury woes look set to continue, as Perkins (who suffered a pectoral injury on a Halloween loss to the Warriors) will be reportedly for two to three months as he continues to undergo rehabilitation. Cole (left ankle sprain) and Pondexter (left knee injury), who’ve both not featured this season, will also continue to sit out, along with Evans (right knee problem) and possibly Omer Asik, who also missed Saturday’s game and is currently listed as questionable for tonight’s game against the Mavs due to a calf injury.Concerning as it is that these injuries will affect the Pelicans tonight, the biggest point of worry is on the manner in which New Orleans has been dominated in cleaning the glass. On the season, the Pels are getting outrebounded by over seven boards per game, a key reason why the Mavs dominated them on Saturday near the rim and outscored them 48-34 in the post.To find a way of neutralizing that weakness, center Alexis Ajinça (who is averaging 5.2 points and 3.8 rebounds in 12.7 minutes played per contest this season) will need to step up in the gaping absence of starting center Perkins. The versatile Pelican star Anthony Davis must also continue to play as the heart and soul of his team. The 6-feet, 10-inches tall 22-year-old is averaging 25.2 PPG, 9.3 RPG, 2.8 BPG, 2.3 APG and 1.3 SPG for the Pelicans this season, underlining his unparalleled importance for the team on both ends of the floor. 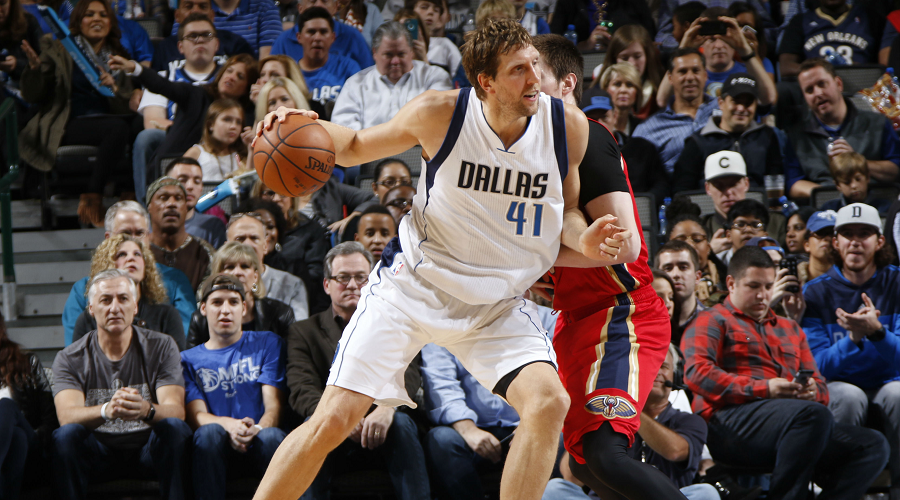 The Mavs will, however, not feel too intimidated, given that they’ve fared better than the Pelicans so far in the season. Plus, after they were held to just 42 points in the first half on Saturday, the Mavs found a winning formula that allowed them to score 65 points in the second half en route to the big win. The motivation of that strong finish, which featured spirited contributions from both ends of the floor, should push them for a strong start in tonight’s game.In addition, the Mavs have done much better on the road than at home, with two road wins against just one home win this season. Added to the fact that the Mavs are one of the most disciplined teams in the league, averaging just 12 turnovers per game, it goes without saying that they are more than capable of getting the road win in tonight’s encounter.Just about the only concern for the Mavs is that the Pelicans are coming into this game fresher than they were on Saturday, along with their hell-bent ambitions of notching their first win of the season in their own backyard, so a very strong performance is expected from them.“They haven’t won, so they’re going to throw everything at us,” said Dallas veteran star Dirk Nowitzki about today’s game. “They’ll be a lot more ready to play and maybe have some of their bodies back. We always have tough battles down there.” Defusing that pressure will thus be very important if the Mavericks are to walk out of the Smoothie King Center with a win.

The Mavs, despite their three wins this season, have been far from a solid team, something that allowed the injury-plagued Pelicans to hang with them on the road last week. At home, the Pelicans should therefore be due for even a better performance. Added to the motivation of getting the first win of the season, we believe Davis and Co. will get the job done, beating Dallas and covering the spread, though with the total staying below the 210.5 mark.So simply put for you free NBA picks, take New Orleans for the SU and ATS, with an UNDER in the NBA total lines.
Older post
Newer post