NBA News and Rumors
The Western Conference in the NBA is arguably superior to the Eastern Conference, but things are shaping up a little differently in the early part of the season. There seems to be a real parity in the west, with a number of teams hovering right around .500. Two of those teams, the Denver Nuggets and Phoenix Suns, will hook up for the second time this season on Friday night when the Suns head into Denver for a Western Conference tilt.

There is a little bit of pressure on the Phoenix Suns (6-5) this season, as they are in danger of missing out on the playoffs for the 6th straight year. If the season were to end right now, they would be in, but with things so tight in the west right now, that whole scenario could change quickly with a couple of losses. This next stretch of games for the Suns will be critical, as they are going to have to prove that they can get the job done on the road. They have had a limited number of road trips this season, and are off to a 1-2 start away from home. That will all change, with 9 of their next 11 games scheduled on the road. There are some seriously tough tests in that group, and they are going to have to take advantages of games like this one where they are meeting teams with a similar sort of talent level. The Suns play their games at a high pace, and that may help keep some of their opponents off balance. Once this stretch of games is over, we should have a better idea of what the Suns are all about. 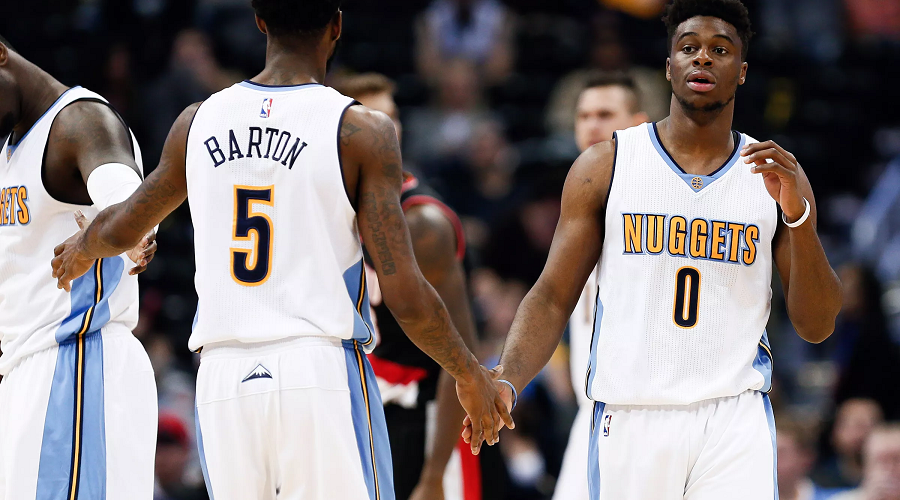 I’m sure that I am not the only one surprised by the 6-6 start that the Denver Nuggets have delivered to start the season. This was a team pegged by many to be on the outside looking in at the playoff picture, and while that may still end up being the case, this start is certainly a big step forward for this franchise. Particularly pleasing has to be the play of Emmanuel Mudiay. The young man was expected to have more than his fair share of mistakes during his rookie season, but other than a couple of wobbly starts, he has looked as though he belongs in the NBA. Denver has made a habit of getting involved in tight encounters this season, as can be seen by their points for and against average, which is currently 3.4 points in the red. They are doing a good job of getting some wins in those tight games, though, and will need to keep that trend going if they want to continue to surprise.

These two teams have already hooked up this season, and it was the Suns who came away with an impressive 105-81 win on home court. Not sure that they will match that level of success this time around, but I do like them to get the win in the 7-10 point range.
Older post
Newer post