NBA News and Rumors
In case you didn’t notice, the 2015-16 NBA season kicked off yesterday with three games, but it today that we have the best NBA betting slate with a total of 14 games available for your enjoyment. Headlined by Minnesota’s rivalry visit to Kobe Bryant and the Los Angeles Lakers, a sumptuous showdown between the Spurs and the Thunder in Oklahoma City, and Chicago’s trip to Brooklyn to see if the Bulls can horn their way into a win without getting trapped in the Nets; it is certainly going to a festive night for online sportsbetting basketball fans. Here is a brief look at today’s best games, complete with NBA betting odds and free picks for your consideration: 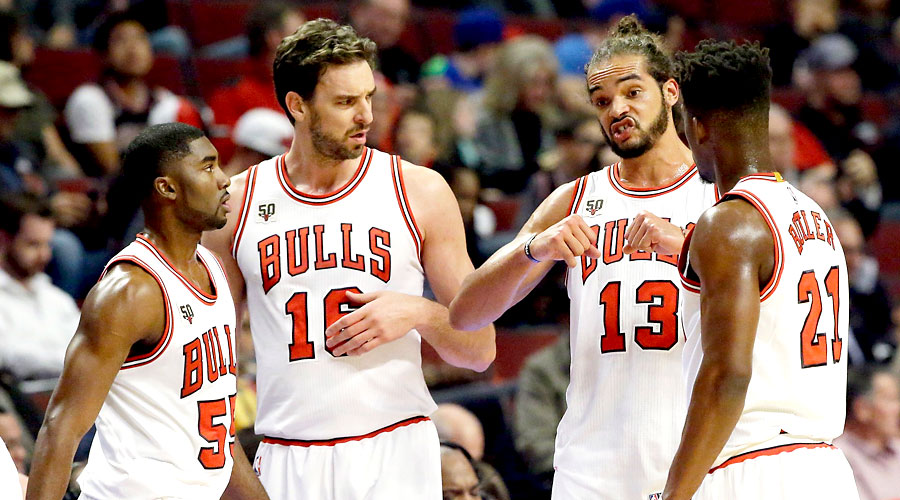 Paced by a team-high 19 points from Nikola Mirotic and a crucial game-winning block from Pau Gasol, the Bulls opened their season in style yesterday, beating LeBron James and the Cleveland Cavaliers 97-95. Playing a Brooklyn team that is playing its first game of the new season after coming off a playoff appearance won’t be easy, even if Deron Williams is no longer available for the Nets. This is especially because big man Brook Lopez is a one-man havoc-wrecking stallion. However, if the Gasol and Co. can contain him, a win could be in the books for Chicago.

The Bulls continue their dominance, winning the game and covering the spread quite comfortably, probably with an UNDER in the game total. 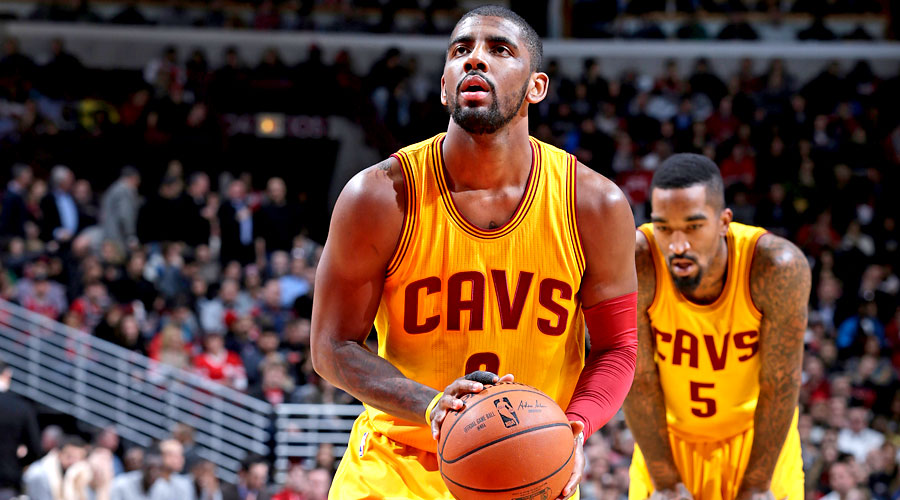 King James couldn’t lead his team to a first win yesterday, seeing his potentially game-tying layup blocked by Chicago’s Gasol. Nevertheless, James can be motivated by the fact that he scored 25 points, 10 rebounds and five assists in yesterday’s two-point loss, with Kevin Love handily assisting 18 points and eight rebounds. Given that Kyrie Irving will still be out with a knee injury, the onus will be on James and Love to build on yesterday’s performance to lead the team today. Meanwhile, the Grizzlies will be playing their first game of the season since being eliminated in the Western playoffs in six games by eventual champion Golden State. Building on that playoff experience, their fifth on the trot, the Grizzlies will certainly fancy their chances today, led by All-Star center Marc Gasol and a resolute defense that returns nearly all of its key pieces that saw them allow just 95.1 points per game last season (good for second-best in the NBA in scoring defense).

James and Co. bounce back to eke out a nervy upset win over the home-favored Memphis, with the total almost definitely staying UNDER. 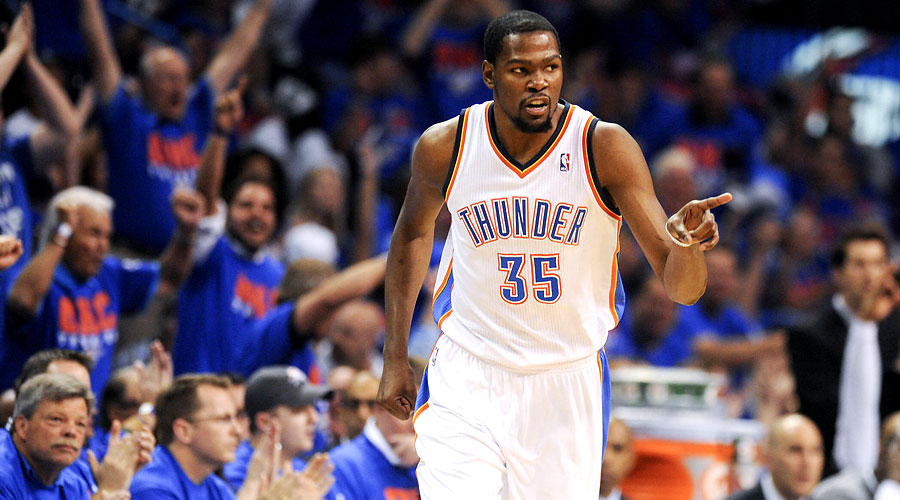 Arguably the top-tier matchup today, the Spurs-Thunder duel is certainly one game you shouldn’t miss. On San Antonio’s side, $80-million summer signing LaMarcus Aldridge will be the man to watch, as he makes his much-awaited debut for the Spurs. The former Portland star will be supported by a star-studded cast that includes the triple veteran threat of Tim Duncan, Tony Parker and Manu Ginobili, along with dual-threat guard Kawhi Leonard, who is coming off a solid preseason where he averaged a team-best 15.3 points per game. Conversely, the Thunder will be starting a new era under new head coach Billy Donovan, who seeks to correct the fact that his team narrowly missed out on the playoffs last season. Pacing his team’s charges will be the havoc-wrecking duo of Kevin Durant and Russell Westbrook, who led the league in scoring during the 2013-14 and 2014-15 seasons, respectively. All that considered, it goes without saying the Thunder will be far from pushovers against San Antonio.

•    The Spurs went 2-1 against OKC last season and their wins came by an average of 32 points •    The Thunder were unbeaten in the games that Durant and Westbrook both played in during the preseason, going 5-1 in the entire preseason

Aldridge lights it up with a sterling performance, but Durant and Westbrook combine for monster numbers, earning the Thunder a narrow win plus cover in a high-scoring affair that takes the total OVER, with both teams probably scoring 100-plus points each. 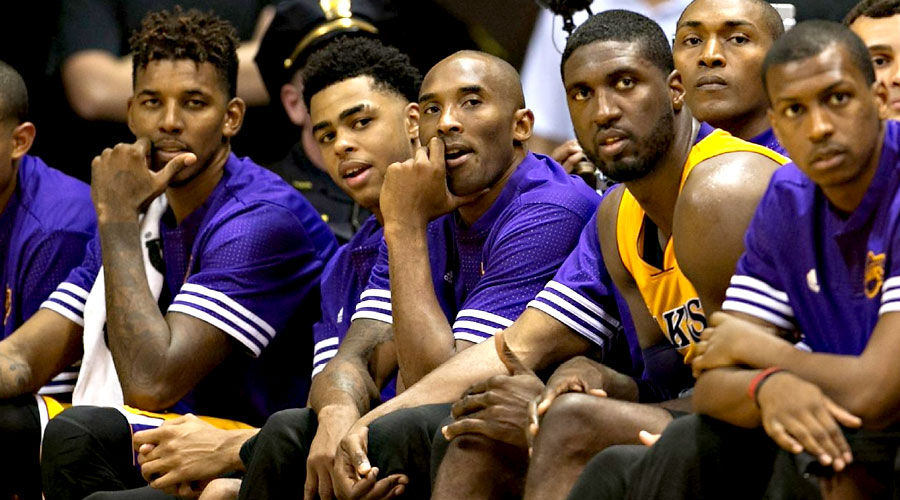 After finishing the 2014-15 season on a disappointing 21-61 record that saw them miss the playoffs, the Lakers are looking to start this year’s campaign on a winning note that could signal a bounce-back year. The Wolves didn’t fare any better last season, owning a pathetic 16-66 mark, hence are equally in search of a redemptive season. Led by prized rookie Karl-Anthony Towns and 2014-15 rookie of the year Andrew Wiggins, there’s a lot of hope that Sam Mitchell’s team will be going it hard today. But then again, the Lakers are just as loaded, boasting of the young guns in Julius Randle and the guard combo of Jordan Clarkson and rookie D’Angelo Russell, along with the veteran leadership of Kobe Bryant and Co. All that mix of talent sets up an enthralling showdown to watch tonight.

On paper, this game is likely to be close, but with the Lakers enjoying home advantage and a slightly better mix of talent than the visiting Timberwolves, we like the Lakers winning this game and covering the spread in an open contest that is likely to see the game total blow high for an OVER.
Older post
Newer post