NBA News and Rumors
Making it into the playoffs is no easy task, but when you have to try and do it in the Western Conference of the NBA, it can be argued that said task becomes a whole lot more difficult. It’s an unforgiving conference that punished teams who get off to a slow start. This is why both the Memphis Grizzlies and the Portland Trail Blazers will be looking to pick up the win when they meet in Memphis on Friday night.

The Memphis Grizzlies (3-6) got off to a decent enough start, winning 2 of their first 3, but they have gone off the boil in a big way ever since. They are coming into this one on a 4-game losing streak, during which time they have found points very hard to come by. They have been unable to crack the 100 point mark in any of those 4 losses, and now have a PPG average that is the worst in the league at just 90.2. This is a team that should not be struggling as badly as it is, but if reports are to be believed, this is a group that is experiencing a little bit of friction in the dressing room. Whether that is actually the case or not remains to be seen, but there is definitely something wrong. This team was supposed to be defensively dominant, but they are right in the middle of the pack with their 100.7 PPG against average.The Trail Blazers (4-5) are off to a shaky start, and come into this one on a 3-game losing streak that has to be all the more disappointing when you consider that they had won their previous 3 games prior to the slump. It has been the defense that has been the letdown during this losing run, as the offense has managed to put 100-plus points on the board in each of the last 3. Offensively speaking, the Trail Blazers are in pretty good shape, and are currently in the top 10 in PPG average. It was expected that Portland would take a pretty steep drop after losing 4 starters in the offseason, but there are signs that this could still be a competitive ball club. They have to be especially pleased with the progression of C.J.McCollum, as he is averaging close to 21 PPG in the early part of the season. This is going to be an interesting team to watch as the season goes on. 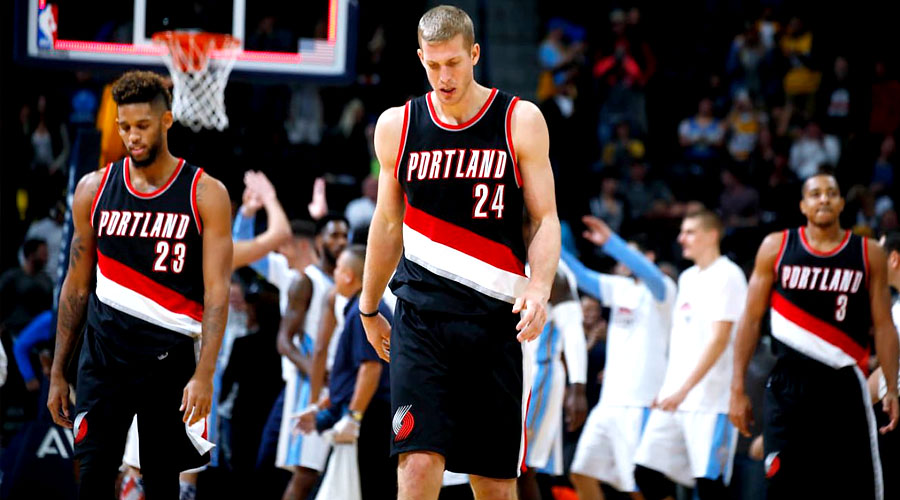 This should be a pretty good game for the neutral fan to tune into, and I like Memphis to come in and get the win on the road, with the winning margin somewhere in the 7 point range. It is also worth noting that each of Portland’s last 6 games has seen the point total go OVER.
Older post
Newer post