NBA News and Rumors
There is a bit of a log jam taking place in the Western Conference in the early part of the season, with everyone struggling to keep pace with the Warriors and Spurs. There is in fact only a game and a half separating the 4th place Clippers from the Minnesota Timberwolves in 9th. A good run can catapult a team up the standings, and that is what the Phoenix Suns and Detroit Pistons will be looking for when they hook up in Detroit on Wednesday.

Betting on the Suns

The Phoenix Suns (8-9) are clinging to the final playoff spot in the west right now, and are doing so courtesy of an offense that is top 3 in the league in points per game average. The fact that the Suns are sitting a game below .500 right now tells you pretty clearly that things are not quite as good on the defensive side of the court. The Suns have only kept an opponent under 100 points on one occasion this season, and that came in a loss to the San Antonio Spurs, who are not exactly known for their explosive offense. Phoenix are currently on a 6-game road trip, which they got off to an excellent start with a 107-102 win in Toronto. They will have a very winnable game in Brooklyn on Tuesday night before making the trip to Detroit on Wednesday. Phoenix are just 3-4 on the road this season, but they have a legitimate shot at getting over the .500 mark during this stretch of games. 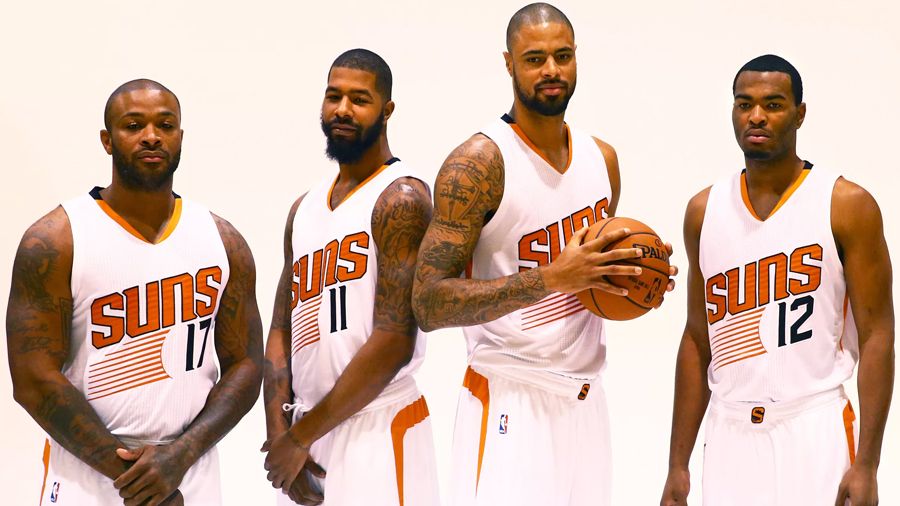 Betting on the Pistons

The Detroit Pistons (9-9) saw their season get off to an excellent start by winning 5 of their first 6 games. Things have not gone quite as well since, and the reason for their recent struggles seem pretty obvious to anyone following this team. Detroit are the only team to have the same 5 starters in every game this season, which has more to do with their lack of depth on the bench than their belief in that group. The Pistons are 4-6 in their last 10, and while they are coming into this one having just knocked off Houston, it should be noted that the Rockets have been struggling more than most in the early part of the year. This is a team that isn’t scoring a lot of points, but who can keep things close because of good offensive play. The contrasting styles of these two teams should make for an interesting match-up.

Detroit won the first meeting of the season on the road in Phoenix, but lost to the Suns the last time they met in Detroit. That was an 88-86 win for Phoenix, and I’d like this one to follow a similar type of pattern and score.
Older post
Newer post