NBA News and Rumors
Stephen Curry and the Golden State Warriors are looking to continue their impressive 8-0 start to the season with a ninth win when they travel to the FedExForum this Wednesday to take on the Memphis Grizzlies in their second meeting this season. When the two teams met earlier this month (on November 2nd), the Grizzlies were condemned to an epic humiliation in the NBA betting lines, a 119-69 thrashing by Golden State at the Oracle Arena. Can the Grizzlies get their revenge or at least keep the scores respectable in tonight’s clash, or will the defending NBA Champs continue to march on in solid winning ways? Read on the NBA odds preview below to find out. Venue: FedExForum, Memphis Date: Wednesday, November 11, 2015 Time: 8:00 PM ET TV: ESPN/ FSW2/ FSSW NBA Lines: Warriors (-7) at Grizzlies (+7), OVER/UNDER 199

After getting manhandled by the Warriors in the 50-point loss, the worst defeat in the Memphis franchise history, it is hard to see this game ending with anything less than another convincing Golden State win. This has got nothing to do with the Grizzlies and their home form, but rather the fact that Golden State—which is the league’s lone undefeated team—is playing so well that a loss doesn’t look likely for them. In their most recent outing the Warriors extended their winning streak to eight games with an emphatic 109-95 win over the Detroit Pistons on Monday night. In this game, five players scored in double-figures for the Warriors, including the usual culprits such as Klay Thompson, Steph Curry and Draymond Green. Another strong performance can therefore be expected from this unit, led by Curry, who torched the Grizzlies for 30 points in the November 2nd meeting. Just about the only saving grace for the Grizzlies (3-5) is that they are coming off a decent showing in their recent loss to the Clippers on Monday. The Grizzlies were however not to cap their night with a win, suffering an oh-so close 94-92 to Los Angeles after Marc Gasol missed a potentially game-tying free throw in the dying seconds of the game. This was Memphis’ third straight defeat, necessitating the need to improve. To boost their confidence ahead of today’s game, the Grizzlies can take comfort in the fact that they are 7-3 SU in their last 10 games at home and are impressively 11-4 SU in their last 15 home games against Golden State. Such numbers should be able to motivate them in giving a strong home performance today and hopefully shocking the NBA lines by giving the Warriors their first loss of the season. 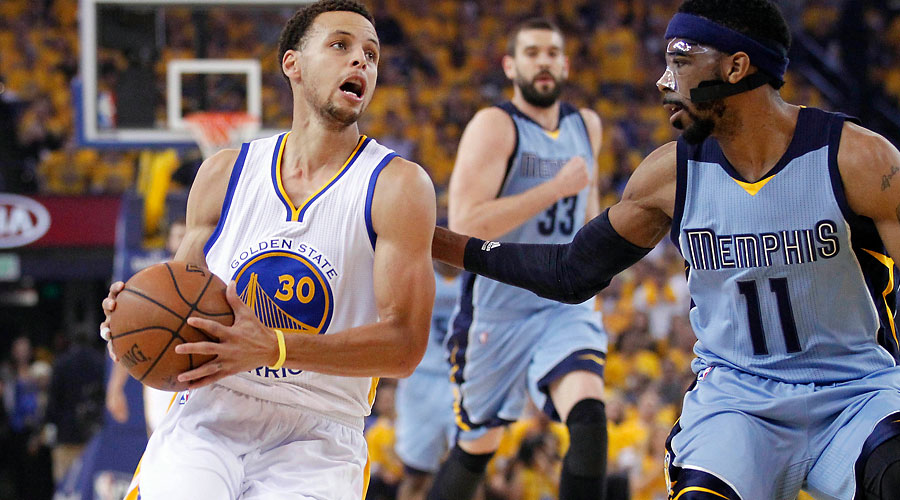 The Grizzlies give a spirited effort, but Golden State proves to be too good once again, running away with the win at the end of the game to claim both the SU and ATS, with the total going above 200 for a rare OVER. Free NBA Picks: Warriors win to get the SU and ATS, Total Goes OVER
Older post
Newer post