NBA News and Rumors
If NBA betting fans watched the Oklahoma City Thunder much, then they know that when Russell Westbrook is in the game, he’s doing what a point guard should do: generate opportunities for the rest of the team. One particularly frequent beneficiary is Serge Ibaka, who has become one of the NBA’s most lethal big men when it comes to spotting up for the corner three as online betting fans have probably seen.

As Westbrook recently told Grantland.com, “The corner shot is about patience and spacing. I’m able to curate a lot of attention. A lot of eyes are on me when I have the ball, so I’m able to look and see who’s open, which defenders are cheating off their man. And sometimes they cheat off the wrong man, and I just hit them.” 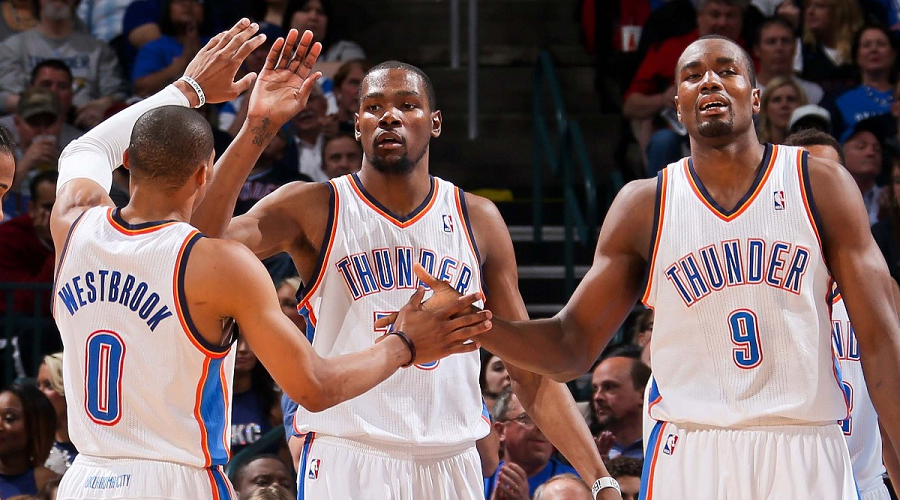 In the 2014-15 season, Ibaka took 241 shots that came off Westbrook passes, and he knocked down an eye-popping 55 percent of them. The corner three, which has become one of his specialties, is a great example of the way the two of them have learned to work together. As Ibaka told Grantland.com, “Sometimes [Westbrook] says to me, ‘Serge, stay in the corner, space.’ Then he drives on purpose just to get me open. If the defense doesn’t go help he’s going to kill them under the basket. He’s so aggressive, and so ready to make that play, I always have to be ready to shoot.” 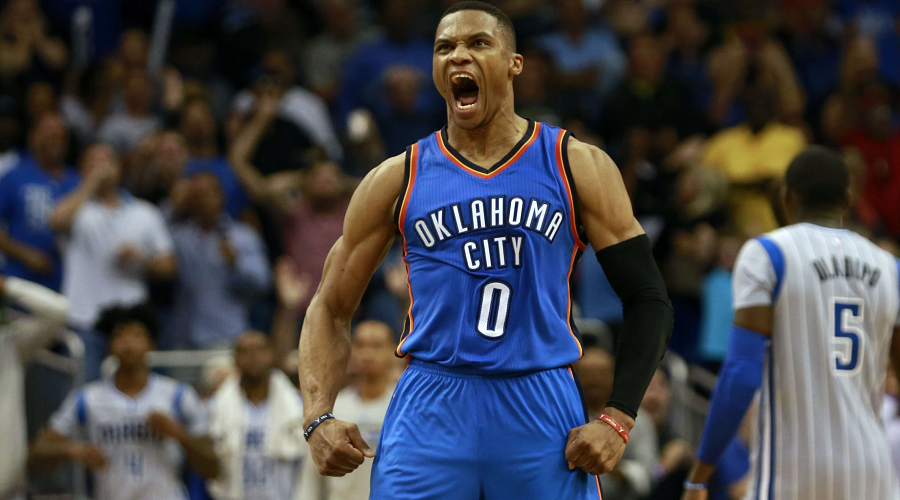 It’s hard to remember sometimes that Westbrook has not always been a point guard. However, he has become one of the most talented distributors in the whole NBA. Every scorer in the NBA has a favorite location, and it’s up to Westbrook to know where his teammates are (and aren’t) comfortable. Not everyone on the Thunder feels comfortable knocking down threes like Ibaka does, so their distribution points are different. 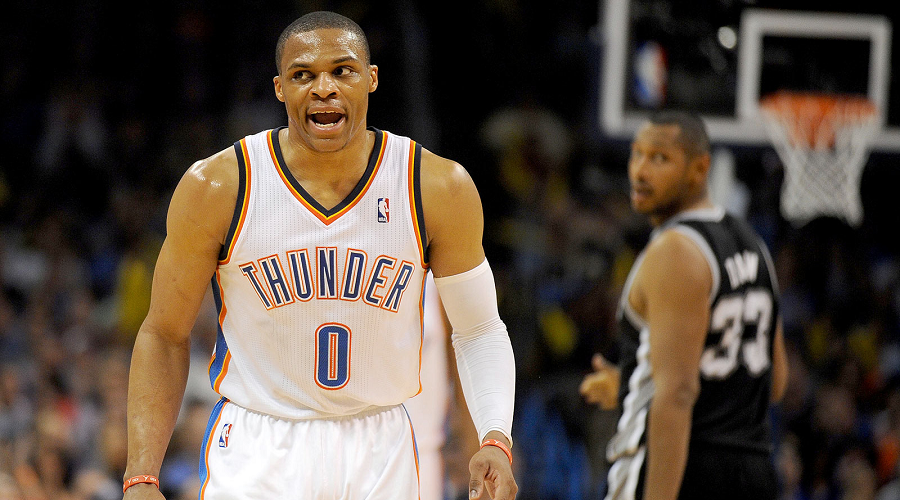 Last year, the Thunder suffered from injuries that kept Ibaka out for 18 games and Kevin Durant out for a whopping 55. However, these problems led to an unexpected benefit for the Thunder as well: Russell Westbrook had to elevate his game to a degree that no one had expected him to. No one thought he would win the scoring title, for example, but with Durant out for so long, it seemed like Westbrook chose to make himself into a points machine. He took 22 shots per game last season, leading the league by a lot – and a lot of those shots were unassisted. 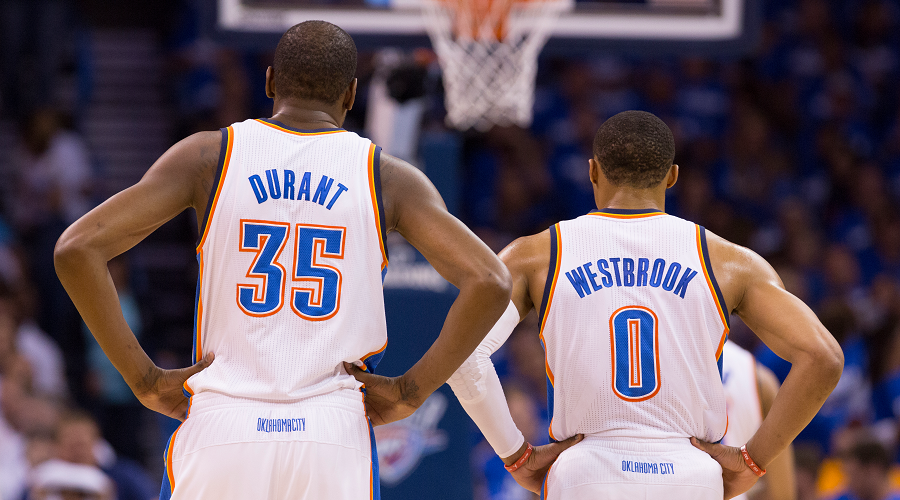 You might think that is the profile of a greedy player, but here’s another statistic: only 12 players last season created 1,000 or more shots for their teammates. Of those 12, Westbrook had the #2 rank in field goal percentage after the pass – in other words, the percentage of those shots made by the people he distributed the ball to. His teammates had a 55% shooting percentage on those shots, second only to Stephen Curry, whose teammates averaged 56% in similar situations. With a healthy Ibaka and Durant back in the fold for the Thunder, there’s no wonder that the team is off to the races already.