NCAA Basketball Betting News
The NCAA is about to take a couple of days off for the Christmas season, which means we have a pretty jam packed betting schedule to look forward to on Wednesday, December 23. Included in that mix is the Central Connecticut State Blue Devils taking on the Connecticut Huskies at the XL Center in Hartford. It’s an early start, with this one scheduled to go at 12:30 PM EST on ESPNU. Click here for the NCAAB betting lines.

U-16 TO: #UConn 6, CCSU 2. It’s been sloppy so far — each team has four turnovers. Huskies have scored all six in the paint. #BleedBlue

The biggest question in this one is likely to be how big the margin of victory is for the Huskies. They are an overwhelming straight up favorite. If they can win big, that may drive the score up, which means that the total points may end up going OVER.

Why bet on the Connecticut State Blue Devils

It was a day to celebrate for the Blue Devils last Friday, as they finally picked up their first win of the season at the ninth time of asking. While there is sure to be some relief at breaking the goose egg, they are probably going to get right back to losing in this one. That win may not seem like much in the grand scheme of things, but it’s worth noting that the Blue Devils are 3-1-1 ATS in the last 5 games following a straight up win. The last 5 games that the Blue Devils have played has seen the UNDER go 5-0. Central Connecticut State are averaging just 67.8 PPG, and are giving up 81.7 PPG. 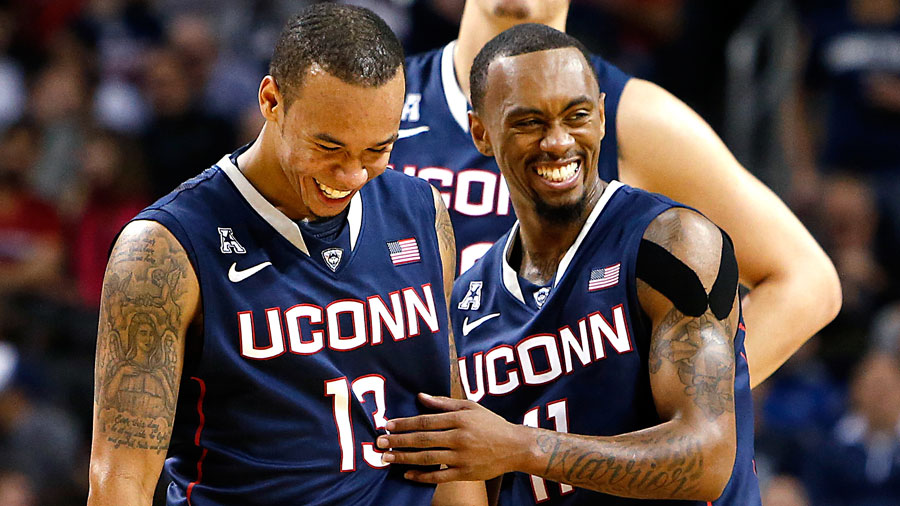 It’s been something of a disappointing start to the season for the 7-3 Connecticut Huskies, although it should be noted that 2 of their 3 losses have come at the hands of ranked opponents. Connecticut are a perfect 6-0 on home court this season, but it has to be said that their 3-2-1 ATS record leaves a little something to be desired. The UNDER seems to be where they are headed, especially when you consider that it is 5-0 in their last 5 homes games versus opponents with a winning percentage of .400 or less. The Huskies are averaging 79.9 PPG, and are giving up 65.1 PPG.

You don’t have to be a betting genius to know that the odds of an upset in this one are pretty much slim to none. This should amount to nothing more than a warm-up game for the Huskies, and the final score should reflect that.Central Connecticut State Blue Devils 55 Connecticut Huskies 86
Older post
Newer post