NCAA Basketball Betting News
Yeah, we know you are busy with the Christmas preparations, but the college basketball lines don’t sleep, and so don’t we. So kindly lend us just a couple of minutes off your busy schedule and allow us to take you through the NCAAB Picks for Wednesday’s college basketball games. Heck, you just might make some good money from these picks and shop for that brand new gift you’ve been eyeing, rather than settling for that knockoff your neighbor has been pestering you to buy.

The dawn of a new era… #Dontsleep… it’s Gameday! pic.twitter.com/GrHGIo9Gwx

When: Wednesday, December 23, 2015 at 9:00 pm ET NCAAB Odds: Wisconsin (-11.5) Analysis: Wisconsin’s new head coach Greg Gard will be hoping for a winning debut when his Badgers go for the honey in Wednesday’s clash against the Phoenix. Having recorded their second straight win after beating the D-III Wisconsin-Superior Yellowjackets, 108-57, this past Sunday, you can however expect the Phoenix to be psyched up to ruin Gard’s debut. Making matters more difficult for the Badgers, the motivated Phoenix squad is averaging an impressive 6.3 three-pointers per game, with the likes of Carrington Love (18.8 PPG, 2.6RPG, 3.0 APG, 2.8 SPG), Jordan Fouse (11.3 PPG, 9.5 RPG, 3.3 APG, 2.8 SPG) and Charles Cooper (11.3 PPG, 4.6 RPG, 1.0 SPG) being the team’s main sharpshooters. Nonetheless, the Badgers have weapons of their own, including Nigel Hayes (15.6 PPG, 6.6 RPG, 4.3 APG), Ethan Happ (11.2 PPG, 8.3 RPG, 1.3 BPG) and Bronson Koenig (15.1 PPG, 2.8 RPG, 2.5 APG). Such players should be more than capable of handling Green Bay’s questionable D that is allowing an average of 79.7 PPG on 44.8% shooting. And if the offense isn’t able to do its job, then Wisconsin’s defense (which is impressively giving up 63.8 PPG on 42.3% shooting) should be able to step up to relieve pressure off the offense.NCAAB Picks: The Badgers struggle mightily for most of the game, but their defense eventually stifles down Green Bay, hence allowing Hayes and Co. to muster up some decent offense to win the game. The Phoenix should however be able to hang close to cover the exaggerated 11.5-point spread.

When: Wednesday, December 23, 2015 at 9:00 pm NCAAB Odds: Pepperdine (-2) Analysis: The Pepperdine Waves saw their five-game winning streak come to an end in their last game, when they were brought down to their knees by the Gonzaga Bulldogs. This was in spite of the Waves jumping on-to a 17-point lead after 20 minutes. If the Waves are to figure any better this Wednesday, they’ll not only need to get another strong start, but they will also need to maintain their momentum and avoid another late collapse. The fact that they are facing the Pilots that have steered themselves into four wins in their last five games underscores the severity of the situation. That said, the Waves boast of a better defense than that of their counterparts, so keeping Portland tamed should be within the realms of possibility.NCAAB Pick: Pepperdine bounces back from the previous loss with a good-enough performance to claim the victory plus points.

When: Wednesday, December 23, 2015 at 9:00 pmNCAAB Odds: Gonzaga (-18)Analysis: The Gonzaga Bulldogs have not been humming offensively like they did last year, but they reminded us that the potential was still there, as they blew out Pepperdine for a 99-73 victory in their last outing. Domantas Sabonis was the best performer in that game with 23 points and 8 rebounds, though he did get some much-needed help from the likes of Josh Perkins (17 points and 2 rebounds). In order to beat the Lions, the Zags will need more of that coordinated effort from both ends of the floor. This will be especially important because the tandem of Brandon Brown (14 PPG and 5.8 APG) and Adom Jacko (13.5 PPG and 6.1 RPG) can be very lethal if given space. As a saving grace, though, for the Zags, their team is averaging a remarkable 42.5 rebounds per game, which should give them the advantage in cleaning the boards against the Lions (who are averaging 35.1 rebounds per game).NCAAB Pick: Gonzaga bosses its way to a big win, though Marymount (which is 5-1 ATS in its last 6 road games) could feature decently to cover the spread.

When: Wednesday, December 23, 2015 at 11:00 pm ETNCAAB Odds: St. Mary’s -10Analysis: Coming off of a 74-52 win against San Francisco, the Saint Mary’s Gaels are hoping to continue in winning ways as they seek to reach the 10-win mark by beating the Santa Clara Broncos, who are coming off a brutal gut-wrenching 73-72 OT loss to Pacific. The biggest keys to Saint Mary’s success has been their stellar shooting three-point shooting (47.3%) and strong field goal percentage (54.2%), something that should see them top off the average Broncos, who are shooting 33.9% on three-pointers and 40.5% on field goal attempts.NCAAB Pick: St Mary’s rides hot on its strong shooting game and hard-nosed defense to claim a comfortable double-digit victory over the Broncos. 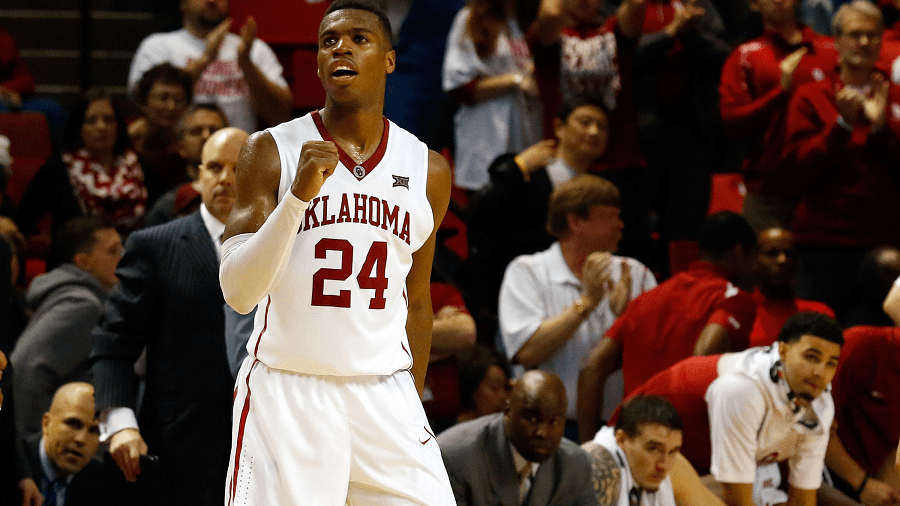 When: Wednesday, December 23, 2015 atNCAAB Odds: Oklahoma*Analyis: The undefeated Sooners are looking to improve to 10-0 on the season with a statement win over the Warriors in the bid to move up in the national standings towards a top-4 finish in the nation. To complete the task at hand, the Sooners will be looking up to Conference and National Player of the year candidate Buddy Hield ( 23.5 points and 4.8 rebounds) to lead the team, alongside his trustable sidekick in Isaiah Cousins (13.8 points and 4.9 assists). Talented and well-balanced as they are on both ends of the floor, the Sooners (5-5 in last 10 on the road) will need to mindful of the three Hawaii players that are averaging double digit scores this season–Aaron Valdes (18.1 points and 2.9 assists), Stefan Jankovic (15.4 points and 7.6 rebounds) and Isaac Fleming (11.9 points, 3.3 rebounds and 2.8 assists). Without doing so, the oft-motivated Warriors, who’ve won 11 of their last 12 games, could deliver a huge upset to Oklahoma’s title hopes.NCAAB Picks: The Sooners deliver an all-rounded performance to blow their way into a huge win and cover of the spread against the Warriors.
Older post
Newer post