NCAA Basketball Betting News
Saturday is always a great day to place a few wagers and watch some sports on TV, but it gets even better when you have a great match-up to play on. There is indeed a great ACC game to pay attention to on Saturday. Remember to visit our NCAA Basketball odds by clicking here.

How to Bet Virginia Cavaliers Vs Louisville Cardinals

One of the toughest challenges for any NCAA basketball bettor is trying to figure out who will come out on top when a couple of teams ranked in the top 20 go head to head. It’s even harder to predict when they are also conference foes, but that is all just part of the fun. It’s going to be interesting to see how the bookies have this one.

Why Bet on the Virginia Cavaliers

After a bit of a sticky start to conference play, it looks as though the Virginia Cavaliers (16-4, 5-3) are finally comfortable in the ACC. The rough start they made has seen them drop to #11 in the rankings, but a 3-game win streak and a victory over ranked Louisville would certainly help their chances of getting back into the top 10. The strange thing about the record that Virginia have compiled this season is that all of their losses have come against unranked opponents. They are a perfect 3-0 against ranked teams, although all 3 of those wins came on home court. The Cavaliers broke out of their 3-game losing skid on the road with a win over Wake Forest earlier this week, and they have a good shot of making it 2 in a row on Saturday. The Cavaliers are averaging 72.9 PPG, and are giving up just 61.9 PPG this season. 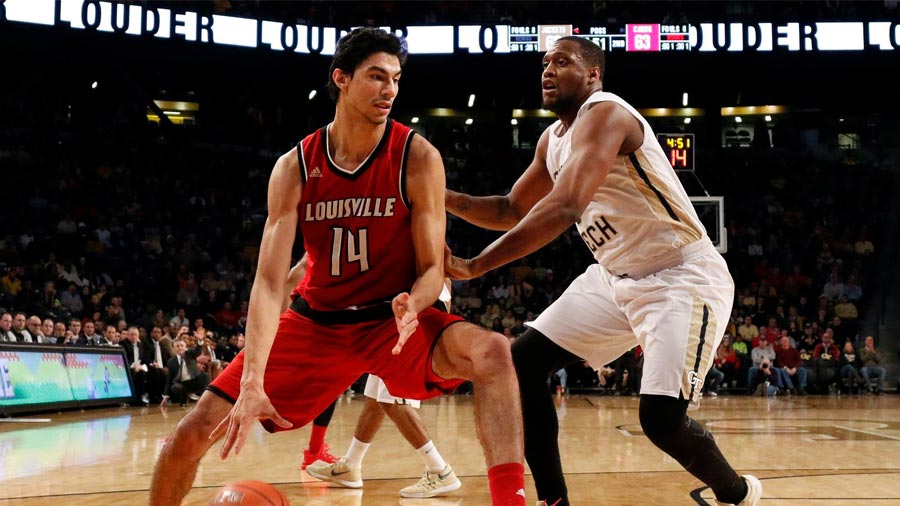 Why Bet on the Louisville Cardinals

The Cardinals (17-3, 6-1) are on a bit of a roll at the moment, and have now won 4 straight games heading into this one. That streak began with a 59-41 win over a ranked Pittsburgh team, and it seems to have infused this group with some much-needed confidence. The Cardinals have won 13-straight home games this season, and have won 13 of their last 15 overall. Louisville is ranked #16 right now, but you have to think that a victory over another ranked opponent would have them continue their upward trajectory. That is sometimes the only motivation that a team needs when heading into a big game. The Cardinals are averaging 80.9 PPG, and are giving up just 60.0 PPG.

As good as both of these team are defensively, the chances of us seeing a shootout here are pretty much slim to none. For me, the edge has to go to the Cardinals, simply because they have been so dominant on home court all season long. Virginia Cavaliers 64 Louisville Cardinals 70
Older post
Newer post