NCAA Football Betting News
When the Alabama Crimson Tide and the Clemson Tigers meet for an epic showdown on January 11th, it’s safe to say that NCAAF betting fans are in for a treat. The final game of the year is sure to meet expectations when people say it’s going to be one of the best games of the year. Both teams come into the game after rolling over their opponents in the penultimate showdown. Currently oddsmakers are heavily favoring Alabama coming into the University of Phoenix stadium and taking care of business, as the odds show Alabama as a 7 point favorite.

Get a preview of the Alabama-Clemson game to determine college football’s champion #RollTide https://t.co/WJeaY7lBpO pic.twitter.com/IGvZxoPEP2

Why Bet on Alabama?

Alabama is a team you constantly see on top of the college football world. Each and every year they’re right there at the end, competing for a title under Nick Saban. They won a title only a few years ago in 2012, and since then have remained perennial contenders. This year is no different, as Heisman Trophy running back Derrick Henry and Alabama’s #1 defense has led the team to the championship game once more. There are too many positives to take from this Alabama team to just focus on one thing. Here are a few stats you should take away when considering to bet on Alabama.#1: They’re 4-0 SU AND ATS when facing the ACC this season:#2: Alabama has covered the spread in 5 of their last six games, especially against Michigan State in the semi-final.#3: Alabama only allows 13.36 PPG to their opponents, ranked number one in the entire country.Take all these and put them together and the statistical evidence alone is enough to pick Alabama in this one. Is Deshaun Watson, the runner-up in Heisman Trophy voting going to stand a chance against Alabama’s defense? Wayne Gallman is going to have a difficult time running the ball against a defense that allowed 0 points to Michigan State’s high-powered run attack last weekend. The Clemson offense runs through Watson, and if Alabama contains him, this game is going to be over quickly. Clemson isn’t exactly known for their defense either, and Derrick Henry should run all over the Tigers. 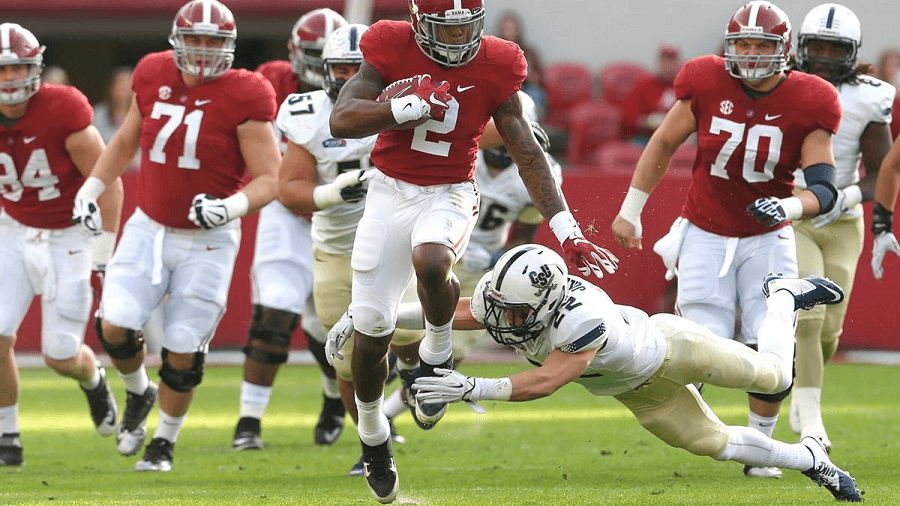 I think Alabama runs away with their second title in four years quite handily unless Clemson finds a way to bottle up Henry and get their offense going. As much as I’d love to see Clemson win their first title since 1981, they’re just overmatched in this one. Alabama is at the top of their game, and although Clemson is yet to lose this season, their streak is going to end at the University of Phoenix stadium. Alabama is going to grow a decent-sized lead in the first quarter, and won’t look back.Final Score Projection: Alabama 35, Clemson 17
Older post
Newer post