Friday’s game between the Southern Miss Golden Eagles (3-2) and the Marshall Thundering Herd (4-1) is going to serve as a strong measuring stick for the Golden Eagles, who’ll be seeking to find how much ground they have made up on the Thundering Herd.  Even though the Golden Eagles are coming into this game as underdogs, they have covered the NCAAF odds for all their five games this season. Can they go 6-for-6 on the ATS college football lines, or will their imperious run come to an end? Read on as we preview the game here-below.

Betting on the Marshall Thundering Herd

The Thundering Herd have been getting wins by splitting up their offensive duties, involving both the passing and running game decently. They used the tactic in the previous game, allowing them to humiliate Old Dominion in a 27-7 win. In last week’s matchup, QB Chase Litton led Marshall in the air by completing 21 of his 35 passes for 212 yards with a pair of TDs. Ryan Yurachek and DeAndre Reaves combined for 133 yards on 12 receptions in the same game. The 85th-ranked Golden Eagles pass defense and their 105th-ranked rush defense will have a busy evening against Litton and his versatile receivers, who are supported by a decent running game. 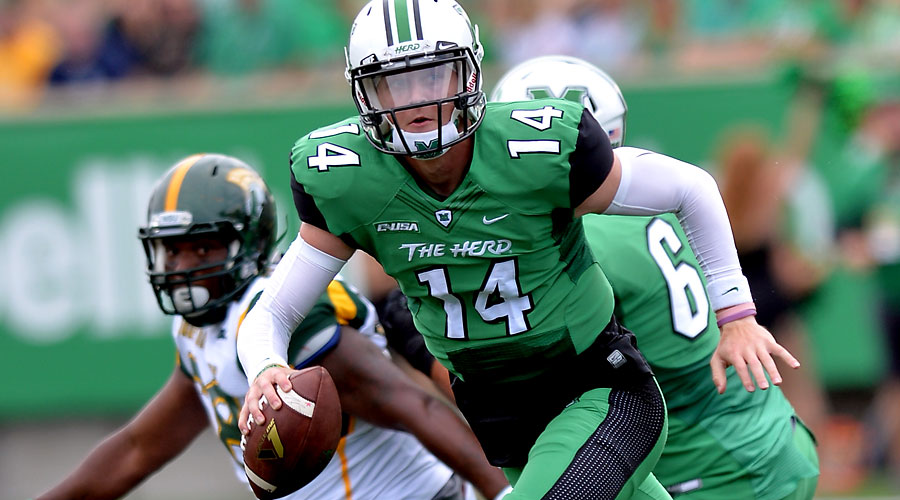 Defensively, the Thundering Herd limited Old Dominion to just 117 yards and six first downs on 46 plays through the opening 45 minutes. In the end, though, they totaled 324 yards, mainly getting hurt by a pair of lost fumbles. Freshman defensive end Ryan Bee (who contributed contributed 12 tackles with three for loss, two sacks, and a forced fumble last week) and senior linebacker Evan McKelvey (team-best 13 tackles last week) will thus need to give a cleaner performance, especially in helping out the special teams.

The Golden Eagles have been a non-factor in recent years, but have shown improvement thus far in 2015. They are coming off a crushing 49-14 win over North Texas in their Week 5 game. In that win, Mike Thomas had a great game for Southern Mississippi, grabbing seven receptions for 155 yards and three TDs. QB Nick Mullens also had a decent aerial performance, completing 27 of his 36 passes for 325 yards and four TDs. 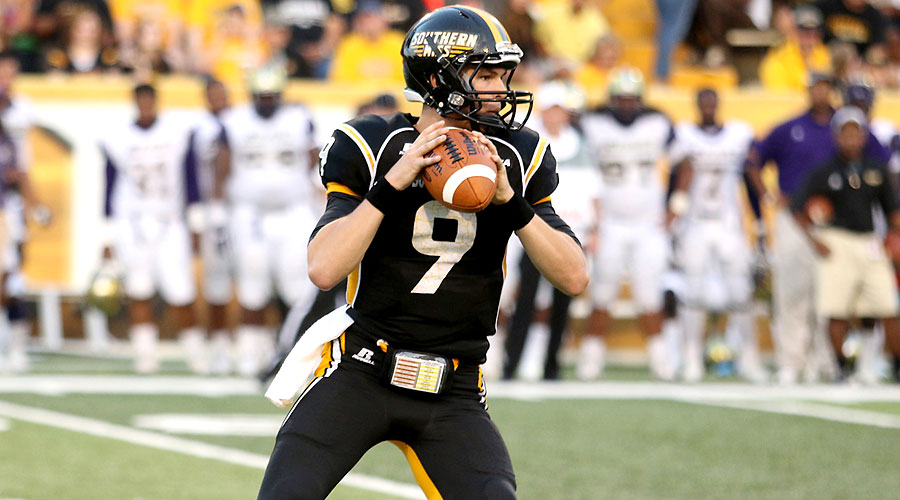 The defense will have a tough test against Marshall’s balanced offense that has scored at least 36 points in three of their first four outings ahead of Friday’s game. As a saving grace, the Eagles had a good defensive performance last week, albeit against a weak opponent, a showing that is likely to motive the D-line for another good display. 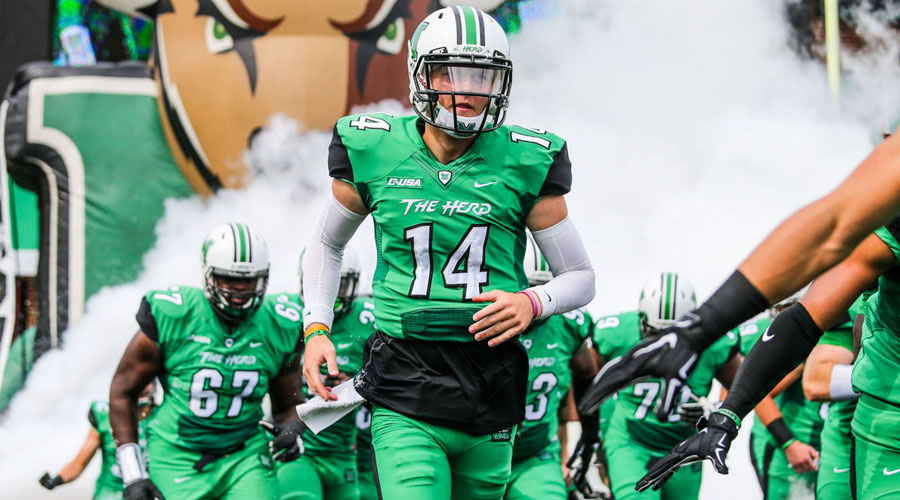 Even when the Thundering Herd’s offense is contained, the defense always comes on top to rescue the team, which makes them a tough team to beat. Moreover, Marshall is 4-0 ATS in its last four wins, so although the Golden have equally been good in covering the spread, the Herd look to have the upper hand here. All in all, you can expect an entertaining game from the two teams, with Southern Miss doing their best to keep the game close, but Marshall using its balanced unit to take care of business for a win and cover, as the total goes OVER in a back-and-forth affair.