NCAA Football Betting News
The Vanderbilt Commodores (4-6) are hoping to stay in contention for bowl eligibility when they play host to the Texas A&M Aggies (7-3) on Saturday at Vanderbilt Stadium. Both programs are coming off victories in their previous NCAA Football betting encounters and their upcoming matchup is a must win for both, if they are to stay in contention for the bowl game this season. Below is a brief Mybookie.ag online betting NCAAF odds guide of this matchup, complete with free college football picks.

Betting on the Vanderbilt Commodores

You are looking for a reason behind Vandy’s struggles this season? Here’s one for you… The Commodores’ offense is averaging just 335.9 YPG with 15.4 PPG scoring this season. This has seen the team drop a couple of key winnable games this year. Nevertheless, the Commodores have been grinding out good results of late, with a 9-7 win at Florida, which followed by a 21-17 win over Kentucky last Saturday. Vanderbilt’s QB Kyle Shurmur went 13 of 26 for 166 yards with two TDs in the win, while Ralph Webb also starred in the running game, as he rushed for 113 yards on 33 carries. Meanwhile, Caleb Scott continued his fine season with three receptions for 87 yards with one touchdown. The three players are expected to lead Vanderbilt’s offense this Saturday against Armani Watts and the Aggies surging defense, which is giving up 24 PPG and 393.1 YPG, and has garnered nine INTs, seven fumble recoveries plus 28 sacks on the year. Despite the woes in the Commodores’ offense, the defense has been a different story. The defensive unit has held its last four SEC opponents to a combined 48 total of points. Southern Carolina scored 19 at home in their win over Commodores, while Missouri only managed three points in a loss, before Florida garnered nine and Kentucky went for 17. Last week, this defense was in fully swing, forcing Kentucky to turn the ball over thrice and limiting the Wildcats’ offense to just 352 total yards. Defensive back Oren Burks particularly had a big game, claiming two interceptions, one of which was returned for a TD. That said, this defense will need to have another big game, considering the Aggies’ offense is decently averaging 30.8 PPG with 434 YPG.

Betting on the Texas A&M Aggies

The Aggies QB battle between Kyler Murray and Kyle Allen appears to be far from over. Both signal callers enjoyed significant time on the field last week, handing the team a solid 47-17 win over Western Carolina. Murray made his third start and threw two INTs in the first half, but went 22 of 39 for 191 yards with three touchdowns. Allen took over, and completed 6 of his 6 passes for 88 yards with one touchdown. 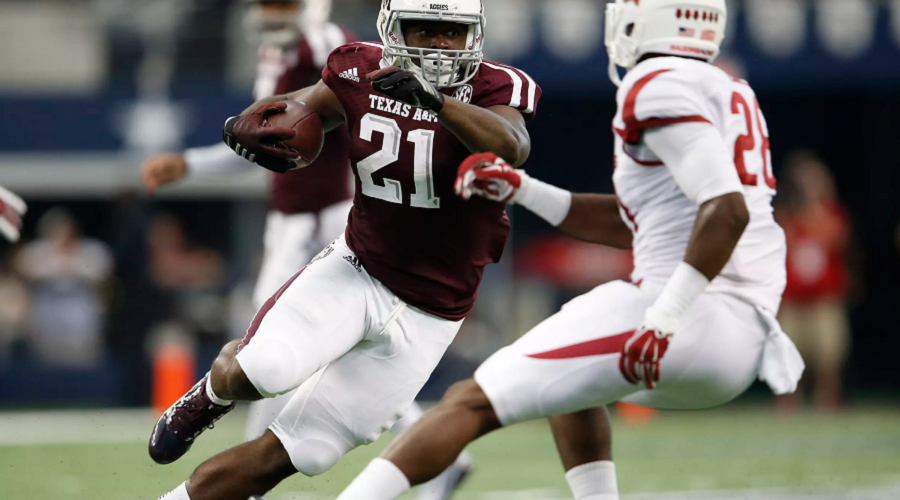 Also to mention, Tra Carson rushed for 109 yards on 17 carries with one TD, while Christian Kirk incredibly secured 9 receptions for 122 yards plus two TDs. This offense is undoubtedly loaded with talent that could bring down Burk, Zach Cunningham and the Commodores’ defense, which is allowing 17.4 PPG and 319.7 YPG in the coming matchup. Even so, the Aggies, who have turned the ball over 19 times this season, will need to cut down on their mistakes, given the stout nature of Vandy’s defense. Speaking of defense, the Aggies D has been below average, allowing an SEC-worst 6.05 yards per play. Though as earlier mentioned, this defense has been on the upward mobility and has showed some serious improvements in recent weeks, including a good game against Western Carolina last week. Some of the defensive players to watch in this rejuvenated Aggies D-line are Armani Watts, who leads the Aggies with 96 tackles, along with the duo of Justin Evans and Shaan Washington, who have 59 tackles each. Given the talent between them, the three players should be able to lead a strong show against the Commodores struggling offense that has turned the ball over 23 times this season.

Although the two-quarterback system has not been a bad experiment for the Aggies, the offense has been consistently inconsistent through their last five games, raising questions as to whether they’ll be able to measure up to the Vandy defense. However, Allen and Murray are very talented players, and if they rise to the occasion as in expected, they should prove too much for the Commodores to handle. Either way, this will be a tough game, but the Aggies are likely to win by a narrow margin, with Commodores doing enough to cover the spread, as the total stays UNDER.
Older post
Newer post