NCAA Football Betting News
The Texas A&M Aggies and the Auburn Tigers will be at it again in the NCAAF odds when the two clash in a first meeting as members of the SEC. In SEC west, the Aggies lay fourth with a one conference record while the Tigers, who have had it rough this season own the bottom place with a 4-4 overall record. Still, we cannot say that the game will be one-sided since both teams have not shown much consistency in spite of having talented players. With so much to prove in their footballing programs, here are a few online betting tips on how to bet on this top-tier clash.

Betting on the Aggies

The Aggies (6-2) have their eyes set on a slot in the bowl games and are enjoying a strong season with just one SEC loss. They ruled last weekend against South Carolina Gamecocks in a game that was tied up in the first half as both teams did not give each other space to breathe. The second quarter ended 21-21, but the Aggies stole the show in the third quarter to end the game 35-28. Freshman quarterback Kyler Murray was impressive for the Aggies as he lit up the game in his first start. The 18-year-old completed 20-of-28 passes for 223 yards and a score, with two picks,  while adding 156 yards on the ground and another touchdown. This performance has prompted Coach Kevin Sumlin to name him as the starting quarterback for the rest of the season. 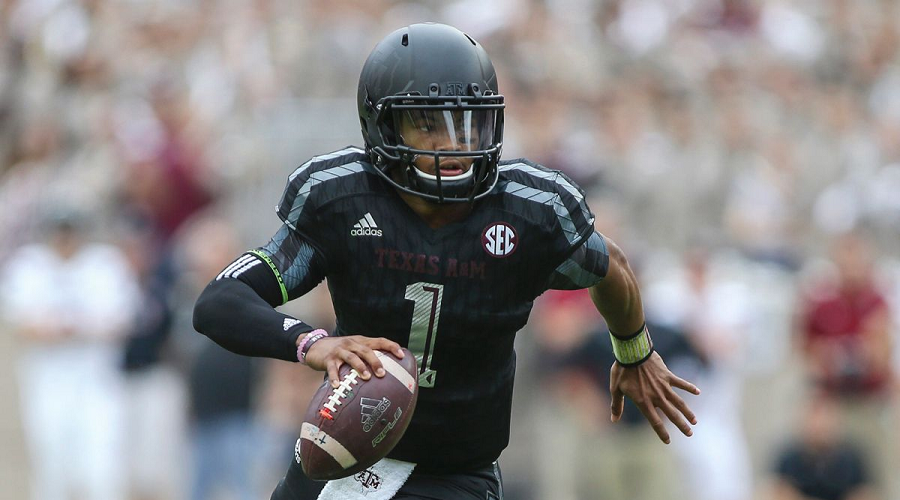 Murray will be leading an offense that is averaging 32.1 points and 431.8 yards per game. The rushing game is led by Tre Carson with 646 yards and five touchdowns. On the receiving end, Christian Kirk leads the team with 47 catches and four touchdowns. For Saturday, they face an Auburn defense that is allowing 29.4 points and 446.5 yards per game. If Murray repeats his performance against South Carolina, then this game should be a walk in the park.   Defensively, they are allowing 29.4 points and 446.5 yards per game. Armani Watts leads this defense with 75 tackles, followed by Justin Evans (55 tackles), with Myles Garrett having 10.5 sacks. Against an Auburn offense that is scoring an average of 27.2 points and 371.1 yards per game, they should be able to stay on top of things.

Betting on the Tigers

The Tigers are having a rough season and are coming off back-to-back losses in their last two games. Last weekend, they lost on the road 27-19 to Ole Miss Rebels in a game they could have won with a bit of some luck and hard work. The scores were all tied up until the end of the second quarter. But when the third quarter started, the home team found the winning combination to break free of the Tigers’ clench. They had a good game, but eventually gave up a season-high yardags to lose to Ole Miss.   Ahead of Saturday’s game, Coach Gus Malzahn says he needs to see an improved offense from that which fell flat in the red zone against the Rebels. The Tigers have turned over the ball 10 times this season,  a key reason behind their struggles. 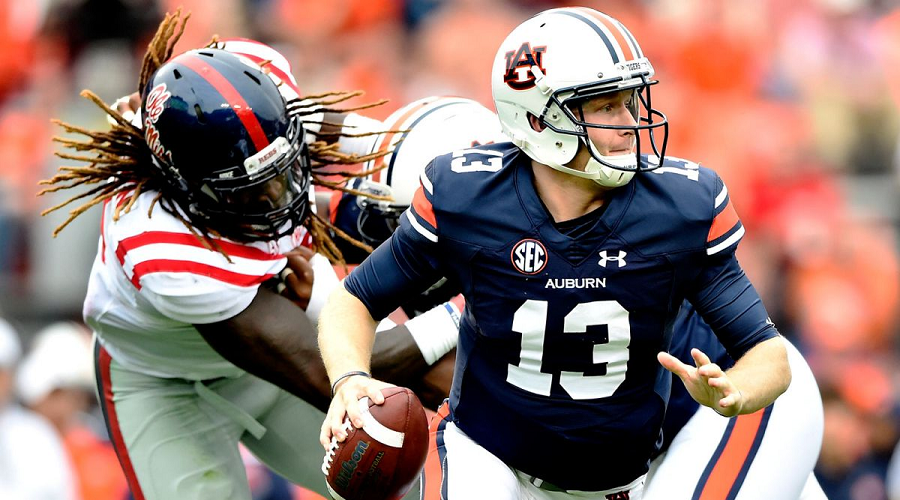 The ones here will thus be on QB Sean White, who has completed 59.2 percent of his passes with one touchdown and two interceptions, to play better under the center. The rushing attack, which has been the team’s bread and butter in the offense, will also need to put in a good shift of work. This running game is led by the explosive Peyton Barber with 787 yards and 12 touchdowns. Meanwhile, Ricardo Louis tops the receivers with two touchdowns, necessitating the need for more aerial output. Against an Aggies defense that has eight interceptions, five fumble recoveries, and 26 sacks, this offense will need a better performance and endurance till the end of the game for them to win this. If they let go of the Aggies in the second half the same way they did with the Rebels, the will be counting another loss at the end of the game.   On the defense, the Tigers have just eight interceptions, four fumble recoveries, and 12 sacks.  The likes of Johnathan Ford  (86 tackles), Kris Frost (65 tackles) and Casanova McKinzy (53 tackles including four sacks) . Against an Aggies offense that looks organized, bagging 32.1 points averagely per game, they will need to rethink how they defend if they want to win this game. Their setback is that they are a team on transition and so it is hard for them to keep consistent.

Which are the Aggies and Tigers Injury Concerns?

Auburn are coming into this as the underdogs as all statistics do not favor them. But worth considering is the fact that they are on a two-game losing streak, both which they lost narrowly. With this in mind, there is a general feeling that they can do better this time, especially in the third and the fourth quarter where they’ve been playing some of their best football. However, the Aggies beat them last season and are playing better football this season. A win and cover of the spread should thus be in the offing for the Aggies, probably with the total staying UNDER.
Older post
Newer post