NCAA Football Betting News
There are a lot of people who already have Alabama pegged as an NCAAF betting shoe-in to win the National Championship on Monday, January 11, but the Clemson Tigers players, coaching staff, and fans are quietly confident that they can pull off the upset. Clemson will head into the game as a 7-point underdog, but there are a number of valid reasons why they might just be able to walk away as champion once all is said and done.

The Tiger Truck is halfway to the #NationalChampionship. Welcome to Texas. #ALLIN pic.twitter.com/LsPPJUASHK

While Alabama have been racking up championships under Nick Saban, Clemson coach Dabo Swiney has quietly been building a program that is ready to be crowned. They have won at least 10 games in each of their last 5 seasons, so it really shouldn’t come as a surprise to anyone that they are ready to take the next big step. They certainly have a group of young men who are more than capable of getting the job done.In any other year, DeShaun Watson would have been a certain Heisman Trophy winner, but his accomplishments ended up being a little overshadowed by Derrick Henry of the Crimson Tide. Watson threw for 3,699 yards and ran for 1,032 yards more. It was his running game that really came to the forefront in the latter stages of the season, with Watson going over 100 yards rushing in 5 of the last 6 games that the Tigers played. He is the sort of QB that Alabama has historically struggled against, and if he is on his game, Clemson always has a chance to win. 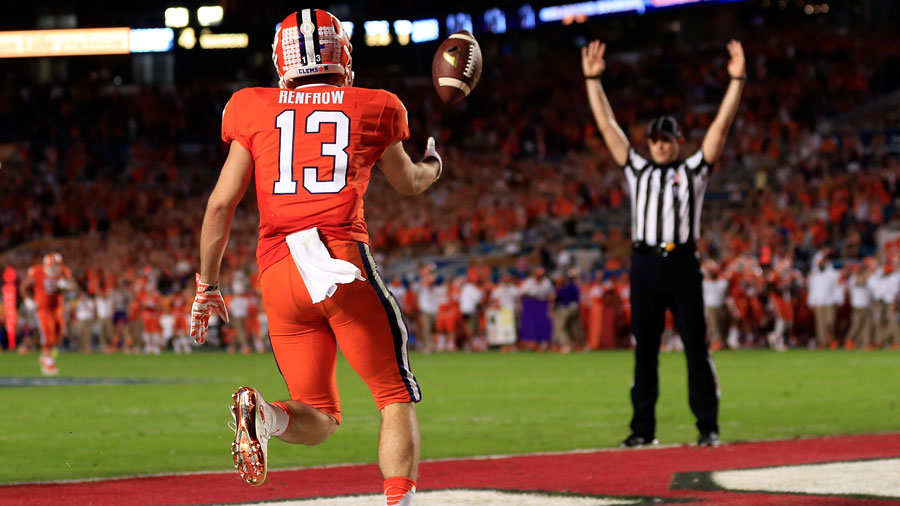 The Clemson OL only had one returning starter from last season, but they haven’t missed a beat with all the new guys. They certainly have the ability to slow down the Alabama DL, which could mean plenty of time for Watson to do his thing. If they can create enough time for Watson to throw, Alabama could find themselves drawn into a shootout type of game, which is not what they want to play. The Clemson DL is also solid, which they will need to be if they want to slow down Henry. There are questions about Jake Coker at QB for Alabama, and slowing down Henry means forcing Coker to throw the ball all over the field, which is certainly not going to be in the game plan for Saban and his kids.

Anyone who believes that Alabama are just going to come into this game and have their way, may well be in for a bit of a surprise once the National Championship game begins.
Older post
Newer post