NCAA Football Betting News
With the Pac-12 South Division – and an accompanying berth in the conference title NCAAF betting game on the line, the USC Trojans will host the UCLA Bruins in a huge Week 13 affair that will likely define both teams’ 2015 campaigns.Surprisingly, the Trojans have yet to beat the Bruins since Jim Mora took over in 2012.Now, let’s find out who’s going to bring home the bacon.

No. 23 UCLA at USC NCAAF Betting and Game Preview

Southern Cal had their four-game winning streak snapped in their humbling 48-28 Week 12 loss against red-hot Oregon while never coming close to covering the spread as a 3.5-point underdog.Quarterback Cody Kessler competed 30 of 41 passes for 238 yards and two touchdowns, but was sacked five times in the loss. Running back Justin Davis added a career-high 141 rushing yards in the loss.Defensively, the Trojans allowed Oregon signal-caller Vernon Adams to throw for 407 yards and a school-record six touchdowns while running back Royce Freeman added 147 rushing yards on 20 carries.“They were getting pressure on me but at the end of the day, we’ve got to make our plays,” Kessler said. “It’s on all of us.”

UCLA got back in the win column last weekend by convincingly beating Utah 17-9 on the road after falling to Washington State one week earlier. The bruins easily cashed in for their betting backers as a Pick ‘Em and won for the third time in their last four games.Freshman quarterback Josh Rosen completed 15 of 30 passes for 220 yards and one score while running back Paul Perkins rushed 28 times for 98 yards and another touchdown.“He’s hard to fluster,” Mora said. “If he is flustered he doesn’t show it. He doesn’t show it to his teammates and he doesn’t show it to opponents. That’s what great quarterbacks do.”The Bruins got after the Utes defensively, limiting Utah quarterback Travis Wilson to just 110 passing yards. Now, the Bruins are in position to make their second Pac-12 championship appearance under Mora and third overall since the creation of the game in 2011.“I hope we don’t get ranked after this game because, for some reason, we don’t like playing ahead,” UCLA quarterback Josh Rosen said. “We like when people doubt us. We just have that fighter’s mentality. We have a lot of dogs on this team. All we want to do is fight.” 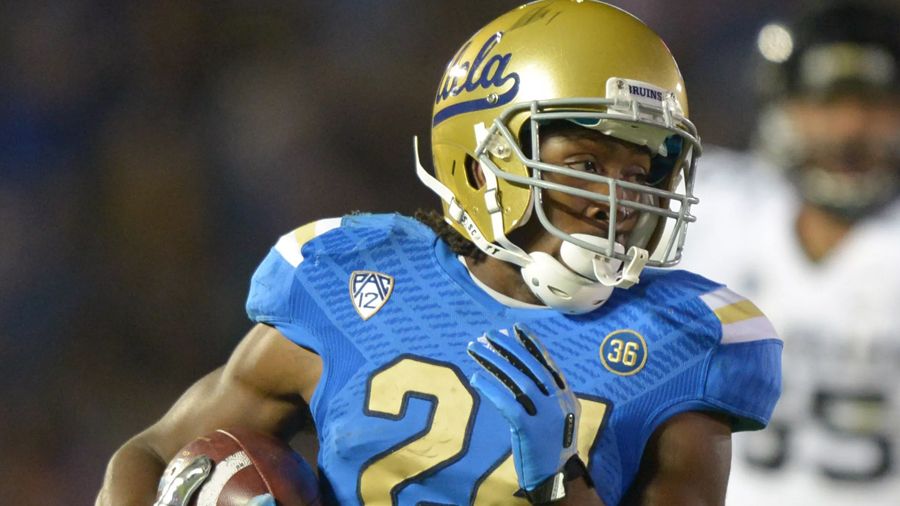