NCAA Football Betting News
The unbeaten Toledo Rockets will look to keep their prefect record intact and move up the national rankings when they host the Northern Illinois Huskies in Week 10 MAC NCAAF Lines matchup on Tuesday. Now, let’s find out if the 20th-ranked Rockets can cover the spread and improve on their nearly perfect ATS online betting record.

Glass Bowl going up on a Tuesday. #MACtion #GoRockets pic.twitter.com/oKsnQvWO7g

The Huskies have won three consecutive games and sit just behind Toledo in the MAC West. Northern Illinois handed Eastern Michigan a 49-21 beatdown two weeks ago while pushing against the spread as a 28-point home favorite. 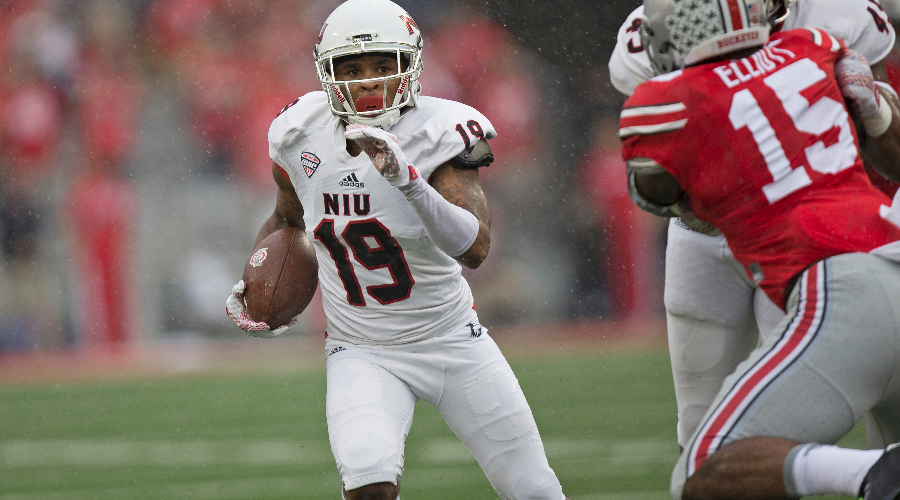 Quarterback Drew Hare completed 24 of 38 passes for 267 yards and four touchdowns while running back Joel Bouagnon, the leading rusher in the MAC, added 138 yards and one score on 26 rushes. The Huskies have represented the West Division in the MAC Championship each of the last five seasons, winning three times. Northern Illinois has one of the nation’s best cornerbacks in sophomore Shawun Lurry, the nation’s interception leader with seven, including two in the Huskies’ near upset of No. 1 ranked Ohio State earlier this season. 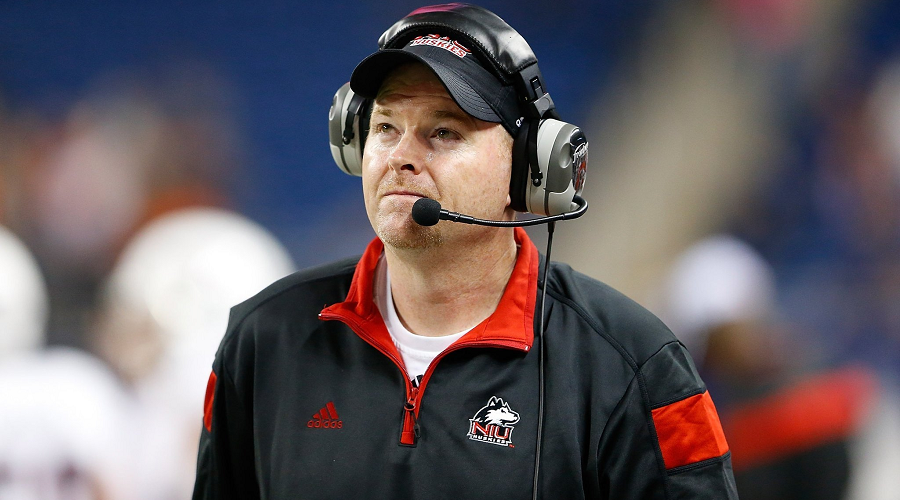 Northern Illinois head coach Rod Carey doesn’t believe history will play any role in Saturday’s matchup. “In college football, every year is so different,” Carey said. “All that stuff is good for the record books and really good media stuff, but when you’re inside these walls, it doesn’t really make a difference because rosters change so much.” The Huskies average an impressive 36.8 points per game (23rd) while allowing 24.5 points per contest defensively (54th). 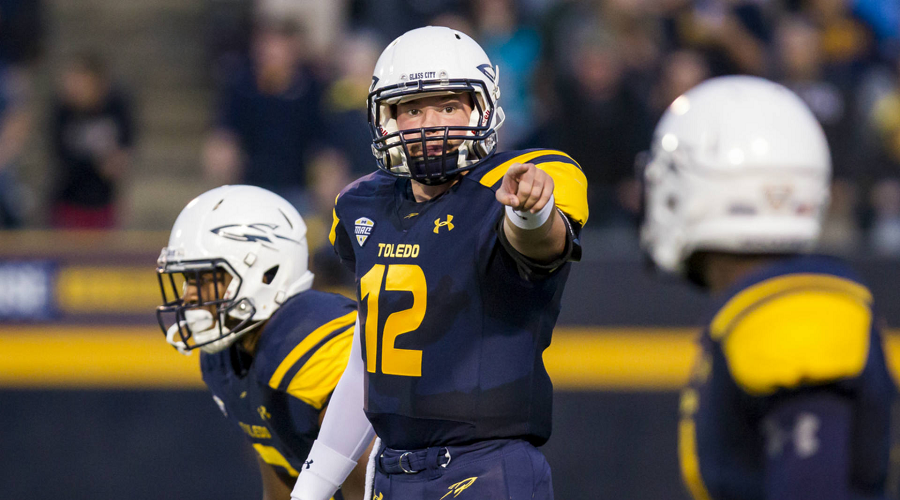 Quarterback Phillip Ely overcame three first half three interceptions to lead the Rockets to 38 unanswered points en route to a convincing 51-35 win over UMass on Saturday. Ely finished the game by completing 26 of 47 passes for 355 yards and five touchdowns to counter the aforementioned three interceptions. 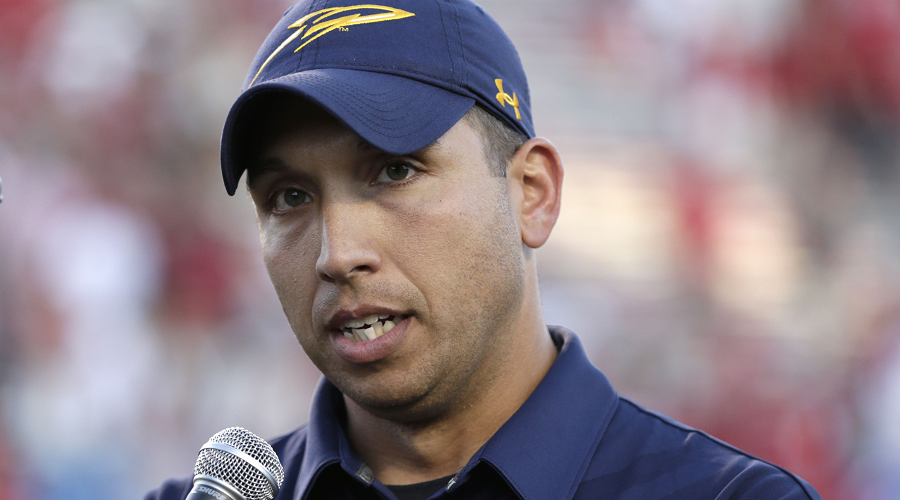 “I’ve said when we started our journey here at Toledo, our goal is to year-in and year-out have the opportunity to play for a MAC championship,” head coach Matt Campbell said. “Obviously, playing a team of (Northern Illinois’) caliber, you know that you have to win that if you ultimately want to have a chance to win a conference championship. It’s our next step in our process and obviously a huge challenge for us.” 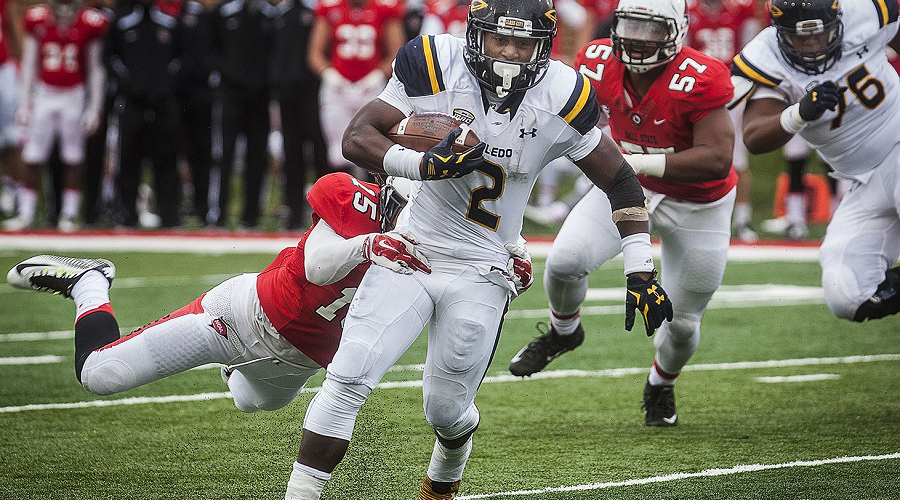 Running back Terry Swanson rushed for 118 yards and one score on 21 carries while fellow back Kareem Hunt added 90 yards on 20 rushes. Toledo’s two-headed attack averages a combined 185.5 yards per game. Receivers Cody Thompson, Alonzo Russell and Corey Jones combined for 300 yards in receptions and four scores. The Rockets average 37.0 points per game (21st) while limiting the opposition to just 16.3 points per game to rank 12th in the nation. 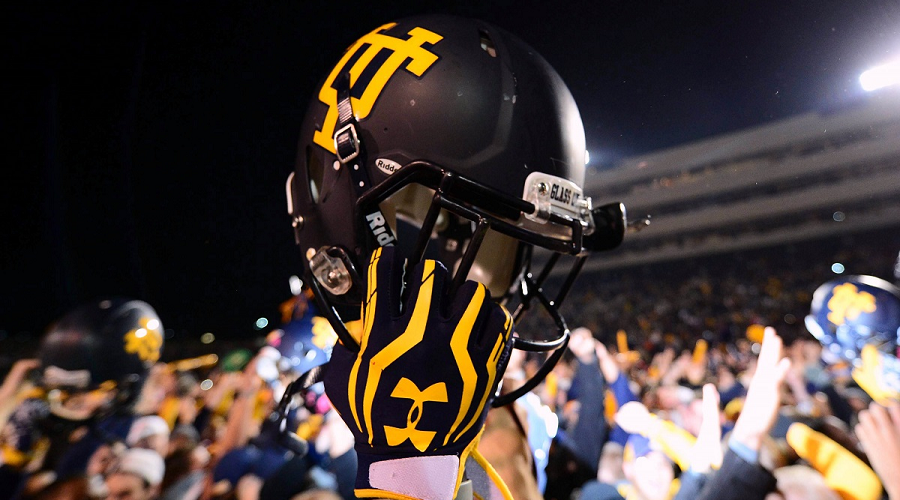