NCAA Football Betting News
Nine wild weeks of online college football betting are down in online sportsbooks and all eyes are now focused on what the odds have to offer bettors as we embark on Week 10 action. For ATS betting enthusiasts, we’ve got you well-covered with free college football picks specially prepared for you below.***All Picks marked in CAPS with corresponding NCAAF odds next to them in (brackets)***

Despite having a bad win-loss record for the season, Vandy has hanged with nearly every SEC team it has played this season, so doing the same against the Gators, who have a transitioning backup QB adapting to a new offense should be possible. After all, the Commodores are impressively ranked at No. 17 nationally in defensive efficiency, meaning Florida’s offense won’t be having it easy. The 21 points should thus be ripe enough for a cover by Vandy.

The Bearcats may be on the road as touchdown-plus dogs, but with both teams ranked in the top-3 of their conference’s scoring charts, this game is likely to be a close shootout affair. Such a game, we believe, will allow the Cats to cover the spread over the Cougars.

This one is probably going to boomerang on my big mouth, but I’ll still stick to my guts. Jim Harbaugh, good as he is with the Wolverines, still doesn’t have the potency to record huge blowout wins over quality conference opponents. Now, I am not saying Rutgers is a big team because you all know better than that. But having failed to cover the spread in his last two conference games as huge favorites, yet the Wolverines still being placed as three-touchdown favorites, it seems more like the Oddsmakers want you to buy into the Harbaugh hype train that is riding hot in the league now. So as your good friend, one who’s repeatedly seen Michigan simply win games due to strong defense and Harbaugh’s mind-games rather than solid offense, I will confidently advise you to bet against the public by taking Rutgers to keep the win margin below the three-touchdown mark.

If you’ve watched TCU’s quarterback Trevone Boykin on the field this season, you probably know that he is more than capable of single-handedly tearing apart the so-called tough Cowboys defense. After shell-shocking WVU with five total TDs last week and a 30-point road win for TCU, Boykin will be good enough for the cheap five-point spread against Oklahoma State. 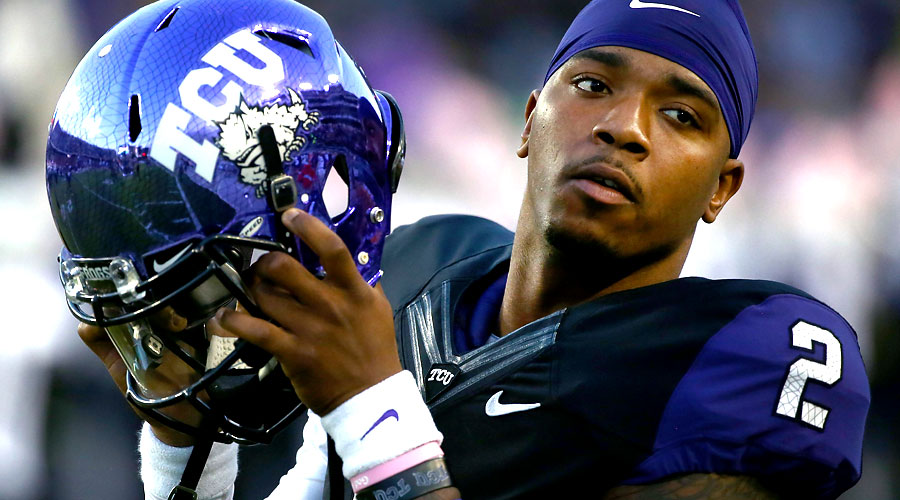 Yes, the Spartans have been playing too many close results this season, but that doesn’t mean the Nebraska team that is in rebuild-mode will be able to stop Sparty or even keep this one close. The Spartans are clever enough to know that keeping the scores tame could easily lead to an upset that would mess their playoff ambitions. For that reason, they will labor to keep the results as far away as possible from a potential upset. With that in mind, they will very likely handle Nebraska early in the game and eventually secure a win that will easily cover the spread.

Many bettors who are feeding into the over-blown talks about Washington’s blowout win over Arizona and are therefore laying chalk on the Huskies to win this one. If you are among such people, be prepared for a rude shock… I mean, the Huskies are a good team and all, but when compared to Kyle Whittingham’s squad, they still have a lot of learning to do. Utah’s lone loss on the season was a lesson big enough for them not to take anything to chance, so a comfortable win should be in the books for the 13th-ranked Utes (7-1), who are placed as small road dogs against the unranked—and overly hyped—Washington (4-4).

Though the outright win in thus game should go to the Bucks, I don’t trust QB Cardale Jones, who will be taking the reins in the offense in the absence of suspended starter J.T. Barrett. Jones, talented as he is, has struggled to impress this season like he did last year. The fact the he is coming off a long layoff in the bench also means he is likely to be rusty. A spirited effort from Minnesota could therefore see the Ohio State’s win margin throttled, allowing the visitors to cover the bloated three-touchdown spread.

Preferably, I would have loved to stay away from predicting this tossup clash, but since it’s the biggest game of the week and everyone wants a piece of its enticing action, I’ll simply say this as my two cents of opinion…  A close low-scoring contest looks very likely here and whoever gets the victory will have it tight. For that reason, LSU makes the best option for the ATS pick here, as it is likely to deliver either as SU or ATS winners.
Older post
Newer post