NFL News and Rumors
If you’re looking to cash in on this weekend’s pair of AFC divisional games and you like backing dark horse underdogs that offer bigger returns than their favored counterparts, then you should know that I am expecting a pair of outcomes that basically amount to a split decision!Now, let’s find out why one AFC divisional matchup looks like a great dark horse wager, while the other looks a lot more unlikely to play out.

When: 4:35 PM ET, Saturday, January 16, 2016Where: Gillette Stadium, Foxborough, MassachusettsNFL Odds: New England -5Over/Under: 43Analysis: I’m going to get right to the point by saying that I absolutely love the Kansas City Chiefs to beat the New England Patriots as an underdog dark horse pick on Saturday!I know Kansas City will be on the road and going up against the incomparable Tom Brady and Bill Belichick, but the fact of the matter is that K.C. has everything they need to beat the Pats on both sides of the ball.Kansas City finished the regular season ranked ninth in scoring (25.3 ppg) and third in points allowed (17.9 ppg) while also finishing in the top 10 across the board defensively.I love the fact that Kansas City has a cerebral quarterback inn veteran Alex Smith that doesn’t turn the ball over often and generally makes the right play, even if it is a three-yard swing pass to a running back.The Chiefs also have an outstanding defense that features a trio of Pro Bowl defenders that all could give Tom Brady and New England’s banged-up offense big trouble. Linebackers Justin Houston and Tamba Hali, along with rookie cornerback Marcus Peters, all earned Pro Bowl berths and have the talent to disrupt the Pats offense whether New England runs or passes the ball.The Chiefs are a perfect 5-0 ATS in their last five road games, a bankroll-boosting 8-3 ATS in their last 11 games overall and a consistent 7-3 ATS in their last 10 games against their AFC counterparts.Conversely, the Patriots are also just 5-11 ATS in their last 16 playoff games and a surprising 4-9 ATS in their last 13 playoff home games.Make no mistake about it NFL gridiron gamblers, the Kansas City Chiefs are a great dark horse pick to win and cash in this weekend!

When: 4:40 PM ET, Sunday, January 17, 2016Where: Sports Authority Field at Mile High, Denver, ColoradoNFL Odds: Denver -6.5Over/Under: 41Analysis: The Pittsburgh Steelers may have come to get down, but it will be the Denver broncos that are jumping around following the conclusion of their AFC divisional showdown on Sunday! 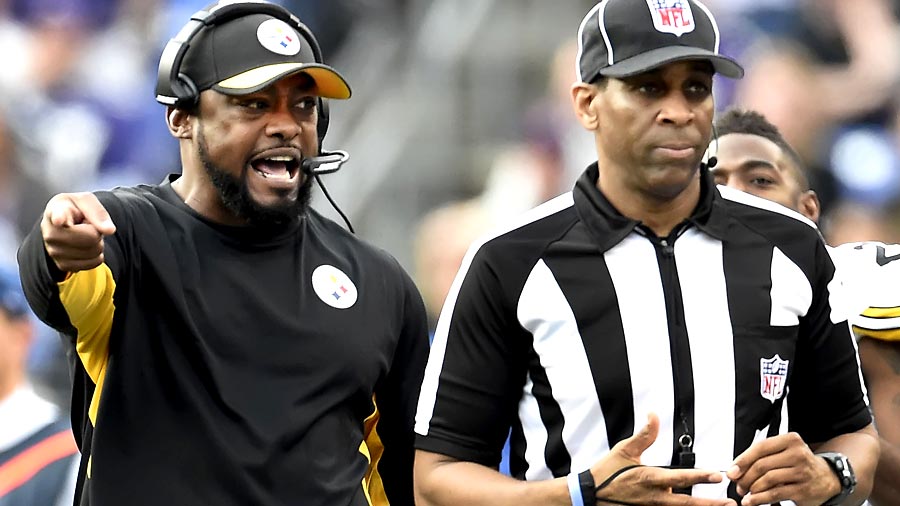 While Pittsburgh managed to get past the dysfunctional Cincinnati Bengals in one of the most bizarre finishes in NFL playoff history, they’re also banged-up in a big way coming into this contest with future Hall of Fame quarterback Ben Roethlisberger nursing a shoulder injury and star wide receiver Antonio Brown still dealing with the aftereffect’s of his concussion following Vontaze Burfict’s undeniable cheap-shot.I know the Steelers have a high-scoring offense that ranked third in total offense and fourth in scoring (26.4 ppg), but Pittsburgh will be going up against a Denver defense that finished the regular season ranked first against the pass, third against the run and fourth in points allowed (18.5 ppg).The Broncos are well-rested after getting a bye last weekend and they’re playing at home. While I don’t have a ton of faith in the Broncos’ mediocre offense, I believe Denver’s elite front seven could make life miserable for Roethlisberger whether he’s fully healthy (he won’t be) or not.The Steelers have gone4-1 ATS in their last five divisional playoffs games and 12-4-1 ATS in their L/16 games a team with a winning record, but the AFC North residents are also just 0-3-1 ATS in their last four road playoff games and 0-3-1 ATS in their last four playoff games overall.51 percent of the betting public likes Pittsburgh to cover the spread as an underdog dark horse pick, but I’m not among them. If you like the Steelers to either win outright or cover the spread, I say, it’s not happening!
Older post
Newer post