NFL News and Rumors
The struggling Buffalo Bills will look to get back in the win column and stop the streaking Houston Texans when the two AFC playoff hopefuls square off in their Week 13 NFL betting showdown.Now, let’s find out who’s going to bring home the bacon at Ralph Wilson Stadium on Sunday.

Buffalo has lost two straight including its 30-22 Week 12 loss to Kansas City as 4.5-point road underdogs. While quarterback Tyrod Taylor completed 21 of 38 passes for 291 yards and three touchdowns, the Bills lost two fumbles and couldn’t stop Chiefs signal-caller Alex Smith en route to 255 passing yards and two scores or running back Stephen Ware who rushed for 114 yards and one score for Kansas City.Taylor hooked up with wide receiver Sammy Watkins six times for 158 yards and two scores in the first half alone.“We were throwing it to him a bunch and he was making plays,” said Bills head coach Rex Ryan. “We had some chances with other guys as well.”“It was a tough loss to say the least,” Bills’ head coach rex Ryan of his team.

Houston has won four in a row and beat the hell out of struggling New Orleans 24-6 last weekend to cash in as a 3.5-point home favorite.Veteran quarterback Brian Hoyer completed 21 of 27 passes for 205 yards with two touchdowns and one interception while Alfred Blue rushed 16 times for 77 yards and one score.Houston’s aggressive defense limited Drew Brees to 228 passing yards with no touchdowns and one pick while also limiting the Saints to just 50 rushing yards in the win. The game marked the first time in a decade that the Saints have failed to score a touchdown.“That’s a long time,” defensive end J.J. Watt said. “That’s a very high-powered offense with a very good quarterback and very good coaching staff … so it’s everybody doing their job. Everybody up front, on the back end executing their assignment, knowing what they’re supposed to do and doing it very well.” 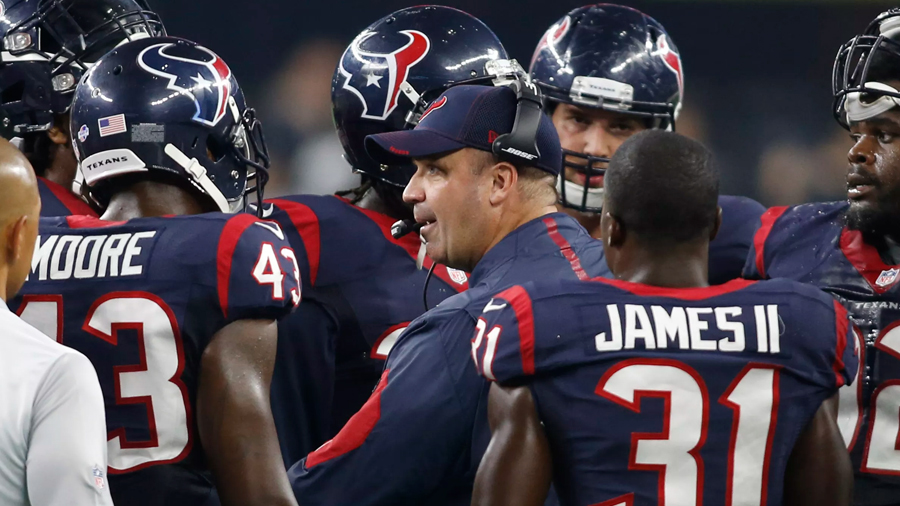 While a surprising 53 percent of the betting public likes Buffalo to get the home win and ATS cover, I sure don’t. The Texans are playing their best football of the season at the best possible time and have won and covered the spread in four straight and five of their last six games overall.More importantly, the Texans are playing the kind of defense that wins championships. Houston has held three of its last four opponents to an identical six points, including elite Cincinnati and high-scoring New Orleans.The Bills, on the other hand, have lost two straight and four of six overall while allowing at least 30 points in three of those losses. The Bills have also scored 22 points or less in each of their last three games and look like a team without a clue as to how they want to play.Houston has gone 6-2 ATS in their last eight games against a team with a losing record and an encouraging 9-3-1 ATS in their last 13 games following an SU win of more than 14 points.The Bills are just 11-25-2 ATS in their last 38 home games against a team with a winning road record and 2-5 ATS in their last seven Week 13 games.I’d like the Texans to cover the spread by getting the outright road win, thanks mostly to the suffocating defense they’re playing right now.