NFL News and Rumors
With Rex Ryan now ‘quieted’ by Buffalo’s humbling 40-32 Week 2 loss against New England, the Buffalo Bills will look to pull off the Week 11 upset over their banged-up division rivals when they square off on Monday night at Gillette Stadium. Now let’s find out which one of these Super Bowl 50 hopefuls will win and cash in!

The Bills have won two straight games and seek to close the gap on their AFC East-leading Patriots while simultaneously recording their first three-game winning streak since 2011. The Bills handed the New York Jets a humbling 22-17 loss in Week 10 to cash in as a 2.5-point road dog just as I predicted.Quarterback Tyrod Taylor completed 17 of 27 passes for 158 yards and one touchdown while running back LeSean McCoy rushed for 112 yards on 19 carries while adding five receptions for an additional 47 yards. 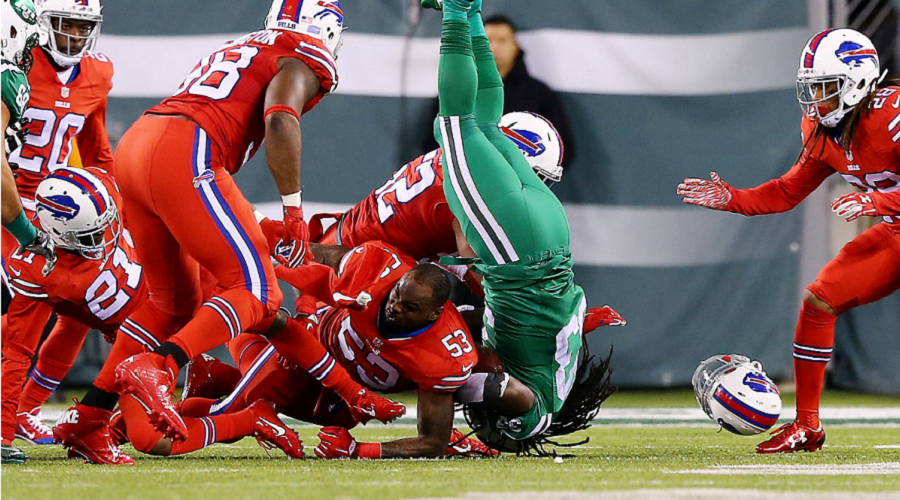 Defensively, the Bills picked off Jets quarterback Ryan Fitzpatrick twice and forced two fumbles while winning the time of possession battle by over seven minutes. “I know we have improved as a football team,” said Ryan, whose club has won three of four on the road. “How much have we improved? We are going to find out on Monday.”Despite trailing the Patriots by four games coming into this contest, the Bills have hope of catching their AFC East rivals.“(The Patriots) haven’t won yet, so we have to keep fighting,” linebacker Preston Brown said. “You never know what’s going to happen in the NFL.” For the season, Taylor has completed 70.5 percent of his passes for 1,436 yards, with 11 touchdowns and four interceptions. LeSean McCoy leads the rushing attack with 528 yards and two touchdowns.The Bills are ranked sixth in scoring (25.7 ppg)and 15th in points allowed (23.0 ppg).

The Patriots got past the New York Giants in their 27-26 Week 10 win on a last second 54-yard-field goal, but failed to cover the spread as a 7-point road favorite. More importantly, the PatsA rash of injuries continued to plague New England as wide receiver Julian Edelman, who had a team-leading 61 catches, broke a bone in his foot Sunday and is expect to be sidelined 6-to-8 weeks. “You wish you could just plug somebody else in but it’s impossible,” New England quarterback Tom Brady said. “Julian Edelmans aren’t just sitting out on the street anywhere, they’d be playing for another team.” 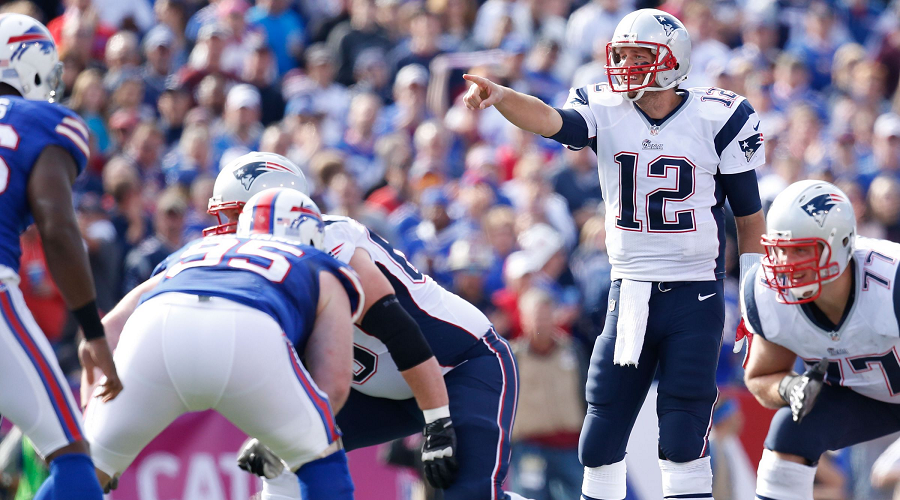 Brady, who has thrown a league-high 24 touchdown passes, lit up the Bills for 466 yards and three touchdowns in New England’s first matchup against the Bills this season, but now, the future Hall of Famer will be without Edelman and wide receiver Dion Lewis. For the season, Brady has completed 67.8 percent of his passes for 3,043 yards with 24 touchdowns and three interceptions.The Patriots are ranked first in scoring (33.7 ppg) and an equally impressive fourth in points allowed (18.8 ppg).