NFL News and Rumors
The Cleveland Browns and their NFL odds fans will look to contain Carson Palmer and the Arizona Cardinals when they host the NFC title contenders and Superbowl 50 hopefulls in an intriguing Week 8 affair. Now, let’s find out if the ‘bridesmaid’ Browns can pull off the online betting upset and avoid being beaten in their own back yard.

#AZvsCLE is right around the corner! Can you feel it? pic.twitter.com/ucmmrDzAQ1

Cleveland got smacked around in its  24-6 Week 7 loss to St. Louis while never coming close to covering the spread as a 6.5-point road dog. Veteran quarterback Josh McCown completed 26 of 32 passes for 270 yards before being injured and replaced by Johnny Manziel who completed 4 of 5 passes for 27 yards in relief. 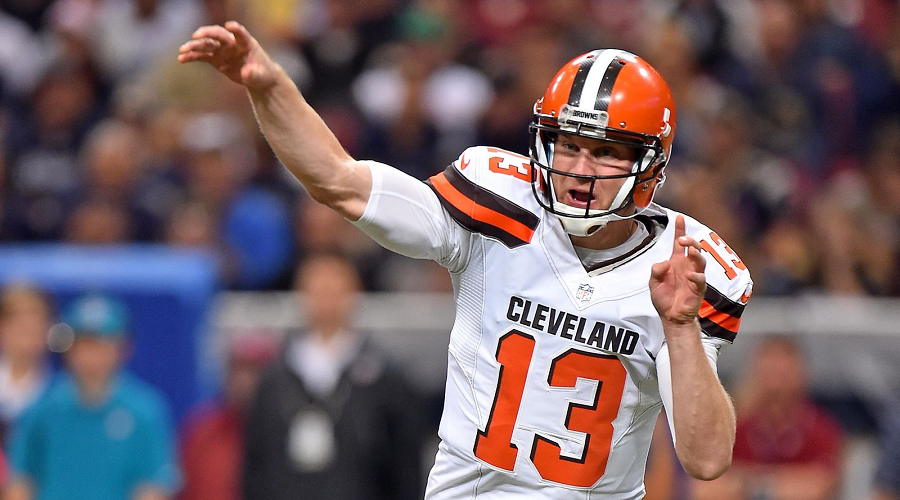 McCown had been absolutely phenomenal over his previous three starts, throwing for an average of 384.7 yards with six touchdowns and one interception over the span. Unfortunately, the longtime journeyman has turned the ball over five times over his last two starts. McCown is set to start this matchup despite injuring his right shoulder against the Rams. 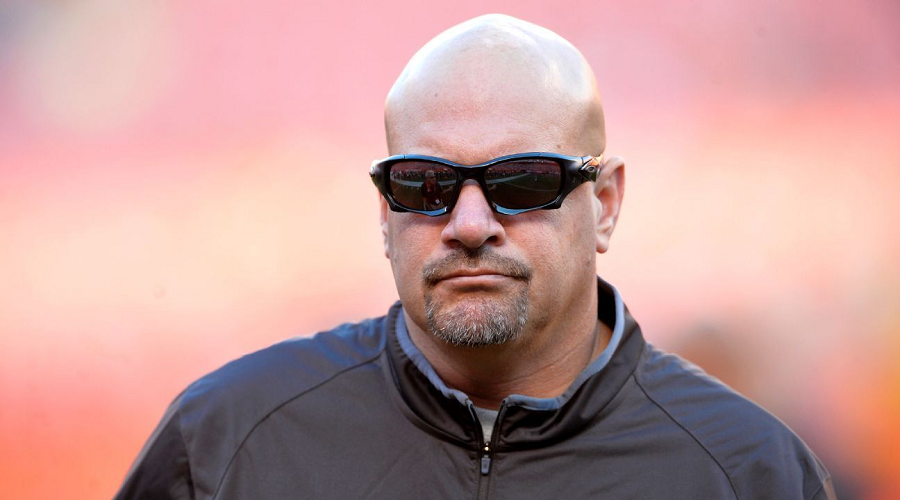 “That’s a credit to his toughness, his resolve,” coach Mike Pettine said of McCown, who was sacked four times and took several other hard hits. “But we have to know that we have to protect this guy. You can’t have your quarterback go through a game like that.” Unfortunately, the Browns were held to just 82 rushing yards in the loss while allowing Rams gifted running back Todd Gurley to rush for 128 yards and two touchdowns. 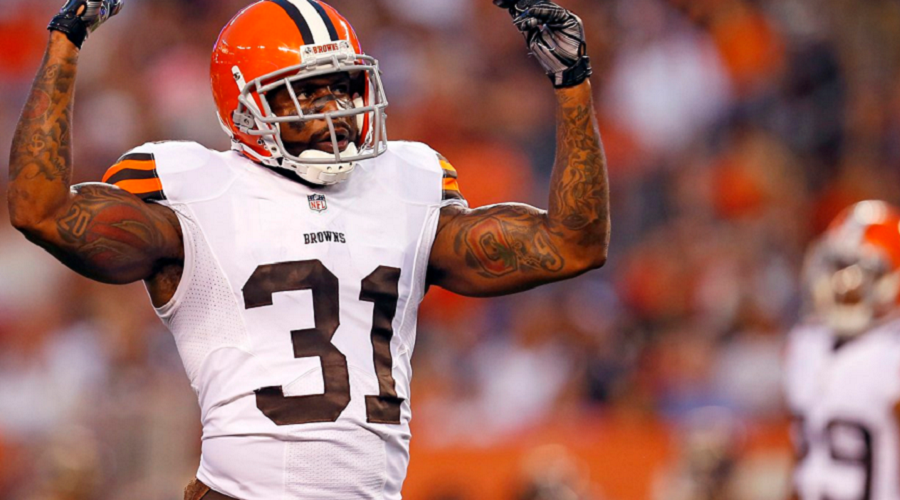 “You put so much in it week by week. You have a really good game plan and then going out and not finishing, it’s disappointing,” safety Donte Whitner  said. “We have to get more turnovers.” Cleveland is ranked 23rd in scoring (21.0 ppg) and an identical 23rd in points allowed (26.0 ppg)

Arizona bounced back from its Week 6 loss to Pittsburgh to subdue the Baltimore Ravens en route to a 26-18 win in Week 7 despite failing to cover the spread as a 10-point home favorite.

Veteran signal-caller Carson Palmer completed 20 of 29 passes for 275 yards and two touchdowns while veteran running back Chris Johnson continued his resurgence by rushing for 122 yards and one touchdown on just 18 carries. 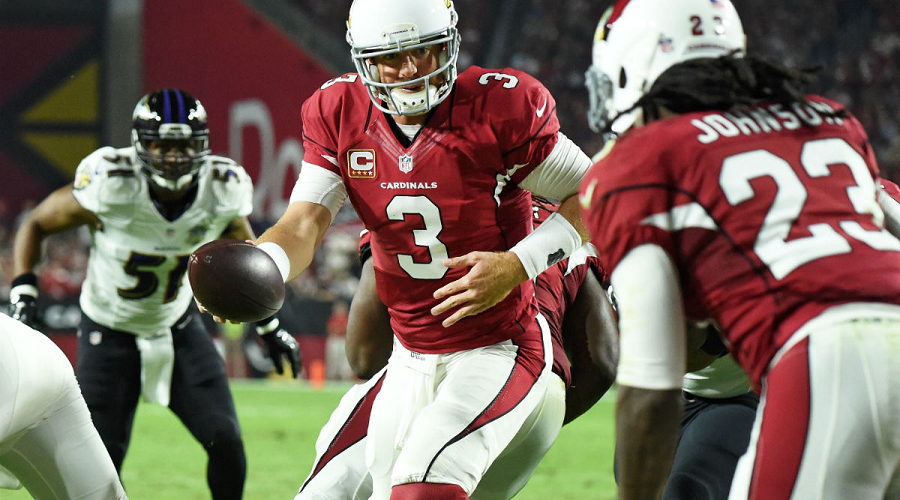 Johnson is currently second to Atlanta’s Devonta Freeman (621) with 567 rushing yards and leads all running back with at least 80 carries with a stellar 5.1 yards per carry average. “He’s still got it, I’ll tell you that,” Palmer said. “Every defense we’ve lined up against knows when he’s in the backfield and when he’s not. Just a great player. For a while, he was one of the most dominant players in the NFL, and he can still dominate a game like he did.” 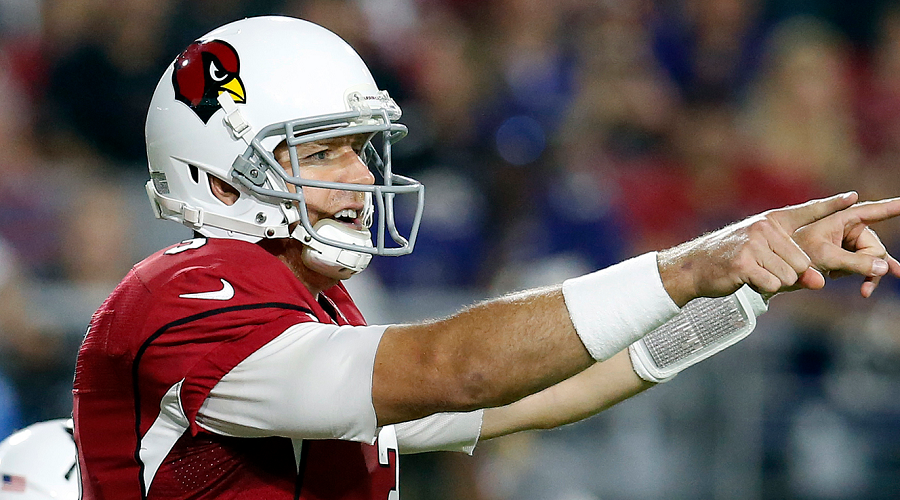 Palmer is also in the midst of one of his best seasons. The Cardinals ranks fourth in total offense, sixth in passing and second in scoring (32.7 ppg). The former Heisman Trophy winner is tied with New England Patriots quarterback Tom Brady for the NFL lead with 16 touchdowns and ranks fourth with a 108.9 passer rating. 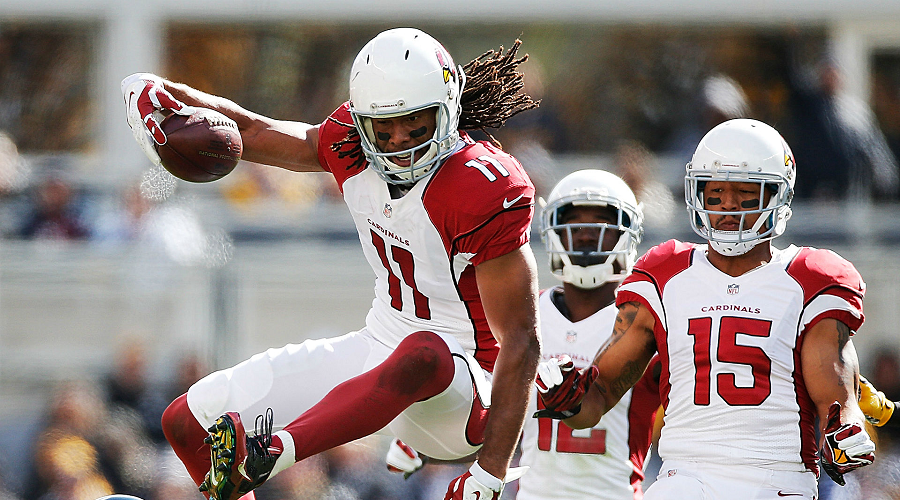 Last but not least, veteran wide receiver Larry Fitzgerald has also apparently found the fountain of youth. Fitzgerald ranks inside the top five in receptions (46) and  receiving yards (622) while fellow wideout John Brown is among the top 15 with 37 catches for 562 yards.

I think this contest is a virtual lock for the Cardinals to win and cover the spread and apparently 71 percent of the betting public agrees! The Cardinals are simply better than the Browns in all three phases of the game (offense, defense and special teams) and will roll to a convincing win over a Browns team that just can’t seem to get out of its own way far more often than not. 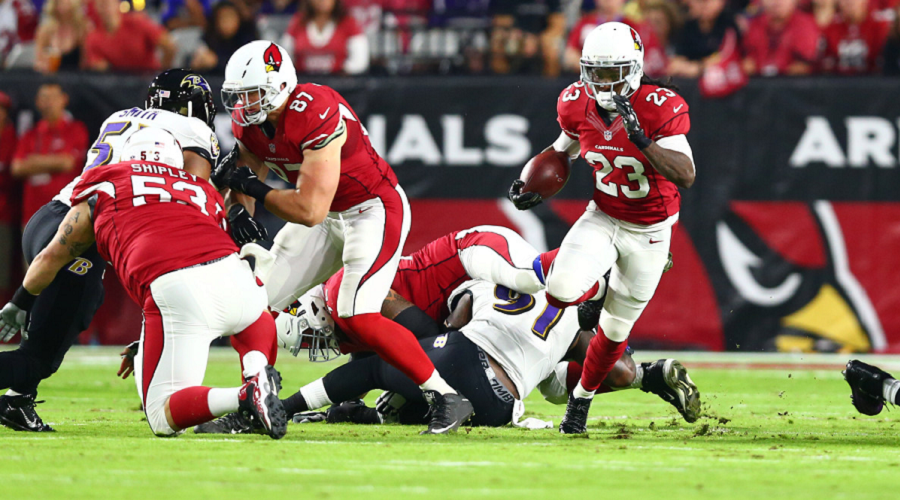 Arizona has compiled a nearly perfect 11-1 ATS mark in their last 12 road games against a team with a losing home record while also going 11-5 ATS in their last 16 road games and 16-5 ATS in its last 21 games against a team with a losing record.Conversely, Cleveland is just 2-4-1 ATS in its last seven home games, though the Browns have gone 9-3-1 ATS in their last 13 games following an SU loss.
Keep it simple and back the Cardinals to win by at least a touchdown.
My Pick: Arizona 31 Cleveland 20
Older post
Newer post