NFL News and Rumors
With starting quarterback Tony Romo back under center for the first time in eight weeks, the Dallas Cowboys will look to knock off the mediocre Miami Dolphins when the two playoff hopefuls square off on Sunday in a meaningful Week 11 matchup.Now, let’s find out if the Boys can knock off the Dolphins to cover the spread as slight road dogs.

The Cowboys have lost seven straight games including their 10-6 loss to Tampa Bay last weekend as a 1-point road favorite.The good news is that the Boys will have Tony Romo back under center after losing their starting signal-caller due to a broken collarbone. Dallas is attempting to save its season and playoff hopes, starting right now.“For me, it’s about going out and being yourself and really just being the quarterback for this team,” Romo told reporters. “I don’t have to do anything more. And I think our team is plenty good enough to go out and compete and give ourselves opportunities to win.”Even in the midst of their humbling losing streak Romo said he believes in his teammates.“I’m really inspired by the way they just committed every week,” Romo told reporters. “And obviously the results weren’t exactly the way they wanted or anything, but I think when you watch how they play, I think it gives us a great opportunity to still go out and accomplish the goals.” The Cowboys released Weeden this week because of Romo’s impending return, and Cassel will serve as the backup.In two games, Romo completed 75 percent of his passes for 551 yards with three touchdowns and two interceptions.  Future Hall of Fame tight end Jason Witten and speedy wide receiver Terrance Williams have combined for 818 receiving yards and four touchdowns while Darren McFadden leads the rushing attack with 494 yards and two touchdowns.The Cowboys are ranked 29th in scoring (18.4 ppg) and 19th in points allowed (23.8 ppg) and haven’t recorded a single sack in three straight games.

The Dolphins are coming into this contest off a narrow 20-19 Week 10 win over Philadelphia as 5.5-point road dogs and are one of six teams within one game of the final AFC wild card spot. Still, Miami has struggled in dropping two of its last three games, including humbling losses to AFC East division rivals New England and Buffalo.“We’re over those issues,” center Mike Pouncey told reporters. “Every time, it’s always been something different to why it happened. It’s one of those fluke situations. I feel like when it happened again on Sunday, it kind of felt like it was going to go down that same path, but our team fought back out of it, we never gave up.”The Fins are back at home after three straight road games.“Of course we’re happy to be home and I think our crowd is gonna be into it,” Miami interim head coach Dan Campbell told reporters. “They’re going to be ready to go, which always you can use to your advantage.” 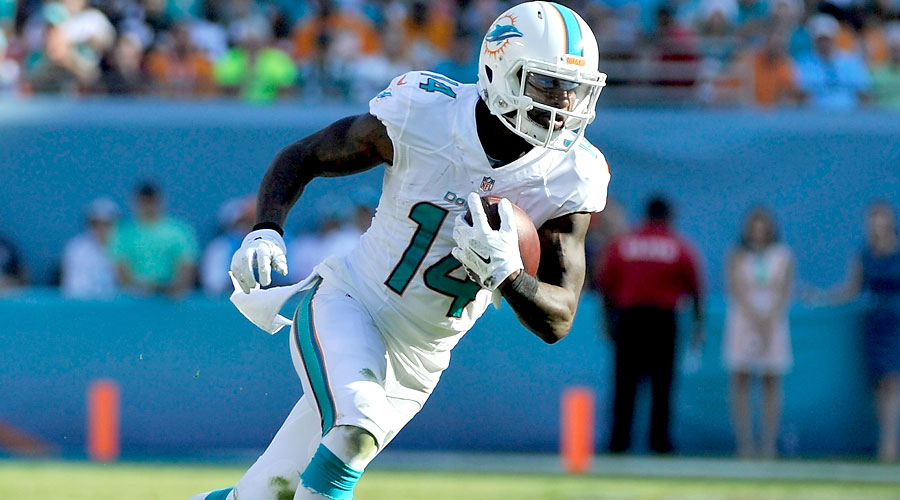 Enigmatic quarterback Ryan Tannehill has completed 63.6 percent of his passes for 2,454 yards with15 touchdowns and nine interceptions. Unfortunately, Tannehill has been limited to just two touchdown passes in his last three games while getting sacked a whopping 11 times. Tannehill has been sacked 27 times on the season, fifth in the NFL.The Dolphins are ranked 23rd in scoring (21.2 ppg) and 21st in points allowed (25.0 ppg).

I’m going to get right to the point by saying that I don’t like either one of these teams. While 52 percent of the betting public likes Miami to get the win and ATS cover at home, something tells me the return of Tony Romo, combined with the Dallas Cowboys’ all-out desperation is going to lift the NFC East residents to victory in this contest.Miami is just 1-5 ATS in its last six home games and 4-10 ATS in their last 14 games overall.Dallas has gone 9-4 ATS in its last 13 road games and 7-1 ATS in its last eight games on grass. The road team in this rivalry is 4-1 ATS in the last five meetings and again, I like the Cowboys because of sheer desperation.