NFL News and Rumors
When the Cincinnati Bengals and Arizona Cardinals square off Sunday night in a huge Week 11 matchup that will reveal a lot about both Super Bowl hopefuls, only one thing will really matter to NFL gridiron gamblers.Which one of these teams is going to strike pay dirt?Thanks to this expert NFL betting analysis on the most intriguing pairing on the Week 11 docket, you’re about to find out.

The Cincinnati Bengals are looking to get back in the win column after suffering their first loss of the season by falling to Houston 10-6 on Monday night.Quarterback Dalton was limited to less than 200 passing yards in the loss while getting sacked four times and failing to throw a touchdown pass for the first time this season.“We just have to put this one behind us,” Bengals quarterback Andy Dalton said. “We can’t let this turn into another one. We can’t let there be any carry over.”Cincinnati is currently up 2.5 games over Pittsburgh in the AFC North as they get set to face former franchise quarterback Carson Palmer after their nasty divorce in 2011.“For as much time as I spent there, it’s not just another game,” Palmer said. “There’s obviously a little bit extra on it. It’s a big game for us and a big game for them. … Myself and this team are focused on Week 11, not 2011.”For the season, Dalton has completed 66.2 percent of his passes for 2,423 yards with18 touchdowns and five interceptions, including three picks in his last three games.Cincinnati is ranked fifth in scoring (2.1 ppg) and leads the NFL in points allowed (16.9 ppg).

The Cardinals recorded what may have been their best win this season by taking out the two-time defending NFC Champion Seattle Seahawks 39-32 in Week 10 to cash in as a 3-point road dog.Carson Palmer completed 29 of 48 passes for 363 yards with three touchdowns and one interception and now the Cards will look to stretch their lead over Seattle in the NFC West.Not only did Arizona get the huge upset road win, but it’s how they did it. Palmer led the Cards on two fourth-quarter touchdown drives of at least 80 yards to put the Seahawks away.Veteran wide receiver Larry Fitzgerald continued turning back the clock this season, catching 10 passes for 130 yards while fellow veteran wideout Malcom Floyd added seven catches for 113 yards and two touchdowns.For the season, Palmer has completed 64 percent of his passes for 2,749 yards with 23 touchdowns and seven interceptions. Palmer has thrown a whopping nine touchdown passes in his last three games. 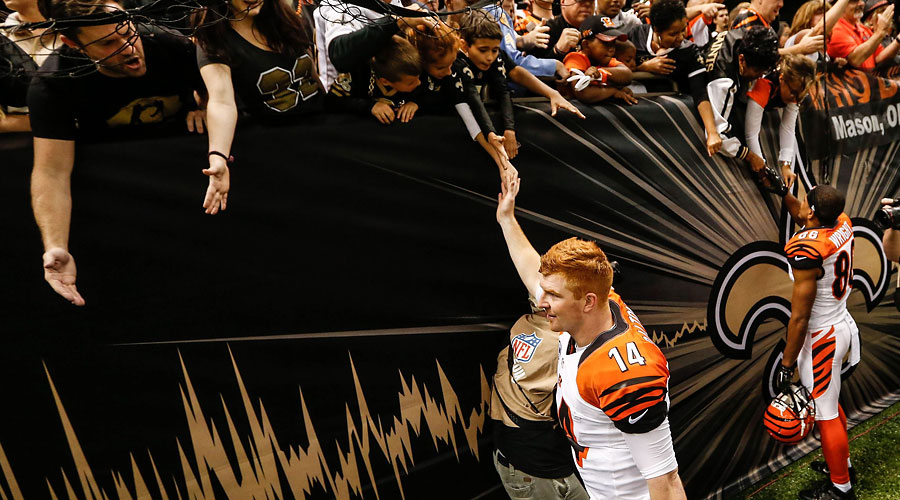