NFL News and Rumors
In one of the anticipated NFL matchups this Sunday, the San Diego Chargers (1-2) will host the Cleveland Browns (1-2), as both teams seek to claim the all-important second victory of the season and get back to the .500 mark. Detailed below is an NFL betting odds preview of this matchup, complete with free NFL picks and predictions for your consideration.Venue: Qualcomm Stadium, San Diego, Ca.Date: Sunday, October 4, 2015Time: 4:05 PM ETTV: CBSNFL Odds:  Cleveland (+7.5) at San Diego (-7.5), OVER/UNDER 45

Despite the fact that some Cleveland fans and players have voiced their preference for second-year QB Johnny Manziel over veteran QB Josh McCown under the center, Browns Coach Mike Pettine has decided that he will stick with McCown as the starter and Johnny Football as the backup. This, essentially, means that although McCown is 0-2 as starter this season while Manziel is 1-0 as in his lone game as a starter in Week 2, the Browns will have the 36-year-old McCown (who is in fact nursing a minor hand injury) as the main man against the Chargers.So far in his career, McCown is 17-34 overall as a starter with 63 career TDs against 61 interceptions and a passer rating of just 76.4. More notably, he went 28-of-49 for 341 yards, 2 TDs and one interception in the 27-20 loss to Oakland in Week 3. As a key concern from that game, McCown’s lack of mobility slowed down the team, especially in the running department where the Browns rushed for just 39 yards–their lowest total since last year’s game vs. Oakland. 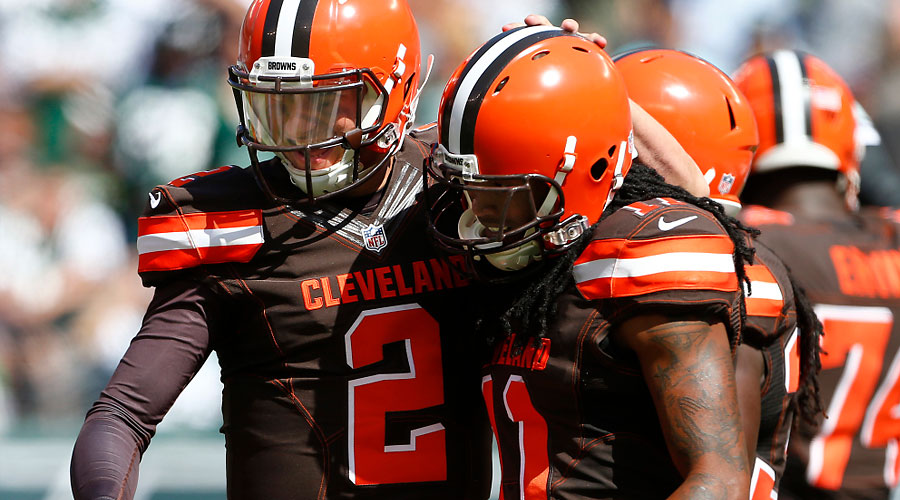 Going against a Chargers team that was good at defending the pass and was largely defeated by the Vikings because of RB Adrian Peterson’s two rushing TDs and nearly 150 yards on the ground, it goes without saying that Manziel (who is a more free-roaming QB) would have made a better option in helping to move the chains for the team. But with Manziel not starting, McCown and the likes of Isaiah Crowell will need to find a way of moving the ball better, probably in the same way they ran 30 times for 116 yards against the Titans in Week 1.Of course, Gary Barnidge (coming off the best game of his career with six receptions, 105 yards and a touchdown) and Brian Hartline (who bounced back from a zero-catch performance against Tennessee to record five catches for 96 yards) will also need to give their best once again in the aerial game. That will be the only way for Cleveland to increase its averages of 230.3 yards passing and 86.3 yards rushing in the bid to find the first win in San Diego since recording the 1991 victory under then-coach Bill Belichick.On the flipside, QB Philip Rivers remains as the regular starter for the Chargers, in spite of completing 21 of 34 passes for 246 yards and one touchdown against one interception in the 31-14 losing effort to the Vikings in Week 3. Rookie Melvin Gordon rushed and Branded Oliver led the running game by combining for 76 rushing yard on 22 attempts. Meanwhile, Stevie Johnson and Keenan Allen bumped their combined numbers to 484 receiving yards and four touchdowns in their three games this season, with Malcom Floyd now having seven receptions to his name. 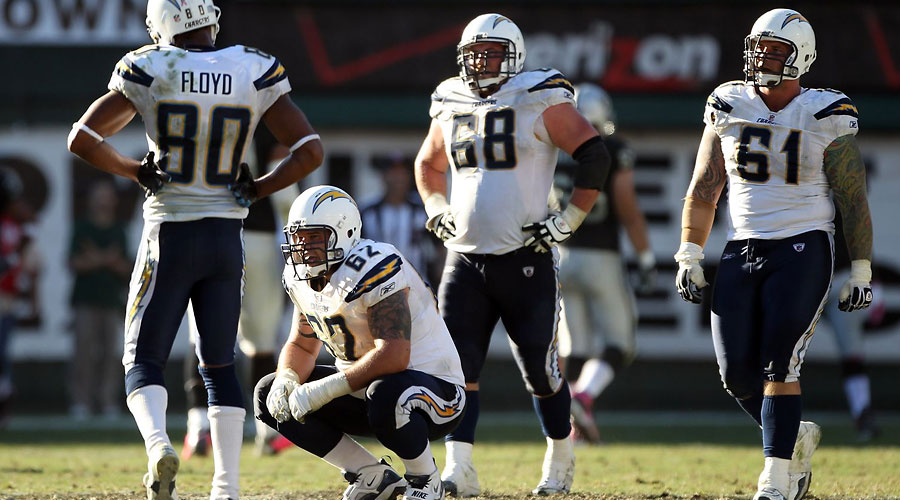 If Manziel was the starter, I’d easily take the Browns for an upset win in this game. But with the erratic McCown under the center, I have no option but to go with Rivers and the Chargers for the victory. However, I believe the Browns will keep the game close to cover the spread, with the total looking to stay UNDER in a tame scoring affair. NFL Picks: San Diego for SU, Cleveland for ATS, Total: UNDER 45.
Older post
Newer post