NFL News and Rumors
The undefeated Cincinnati Bengals are on fire right now and will undoubtedly beat the mediocre Houston Texans in their Week 10 AFC matchup despite being on the road.What NFL betting enthusiasts need to know is whether or not the streaking Bengals will cover the NFL spread as double-digit road favorites.Now, let’s find out.

The Texans have alternated SU wins and losses over their last three games but enter this Week 10 matchup coming off a convincing 20-6 win over Tennessee in Week 8 as a 3.5-point home favorite.2014 Defensive Player of the Year, J.J. Watt and linebacker Whitney Mercilus combined for six sacks of Titans backup quarterback Zach Mettenberger while veteran quarterback Brian Hoyer completed 23 of 35 passes for 235 yards and two touchdowns.“It’s my job to take advantage when I get them (one-on-one matchups) because I don’t get them very often,” Watt said. “That’s the type of defense we expect to have every week.”Despite losing the time of possession battle, the Texans got the win by forcing three Tennessee turnovers.“Whatever it took today,” Texans coach Bill O’Brien said. “We had to get the win. It wasn’t pretty, but who cares? We won the game. We came up with enough points. The defense played well. We did what we had to do.”The Texans are ranked 20th in scoring (21.8 ppg) and 22nd in points allowed (25.6 ppg).

The Bengals rolled all over the division rival Cleveland Browns 31-10 in their Week 8 matchup to easily cover the spread as 13-point home favorites as quarterback Andy Dalton completed 21 of 27 passes for 234 yards and three touchdowns.“A little different from last year, huh?” said Dalton.Tight end Tyler Eifert caught three of those touchdown passes and running backs Giovani Bernard (72 yards) and Jeremy Hill (52 yards) combined to rush for 124 yards in the dominating win.Despite being a perfect 8-0 for the first time in franchise history, head coach Marvin Lewis has been masterful in keeping his team focused.“We don’t get anything for that,” said coach Marvin Lewis. “We’ve had to grind through. We’ve just got to do what we’ve done so far, take it one week at a time.”Receiver Marvin Jones added five catches for 78 yards and the Bengals harassed Browns quarterback Johnny Manziel in the second half while completely shutting down the Browns rushing attack by limiting them to just 68 rushing yards.“They came out and played a lot of cover two in the second half,” said Manziel. “Things looked open a couple of times. But I could’ve gotten it down to a tight end or a running back. We had momentum going into the second half. We just didn’t do enough.”Cincinnati ranks third in scoring (28.6 ppg) and an equally impressive fourth in points allowed (17.8 ppg). 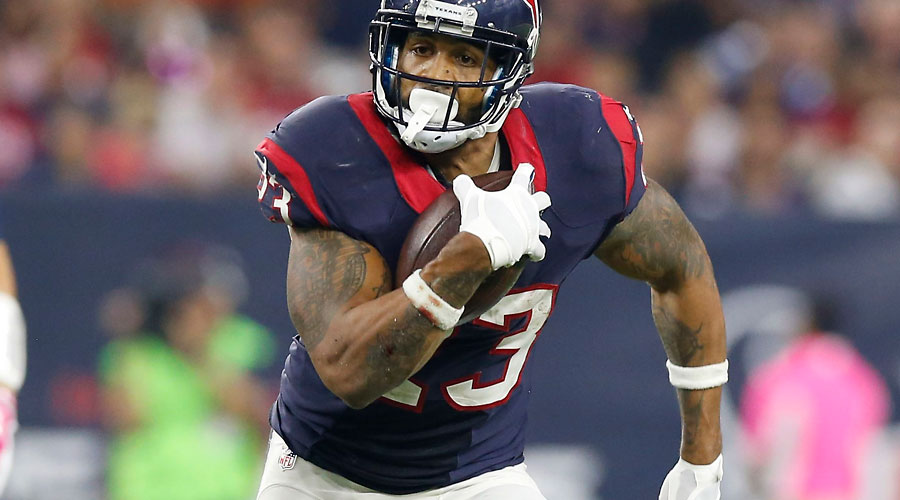 I have no doubt that the streaking Cincinnati Bengals are going to take down the inconsistent Houston Texans and cover the spread as a double-digit home fave.Andy Dalton and company have gone 7-2-1 SU and 5-3-2 ATS over their last 10 home games, and 5-0 SU and 4-0-1 ATS over their last five.Conversely, the Texans are just 1-5 SU and 1-3-1 ATS over their last five road games. The Bengals are extremely focused right now, not to mention, the better team on both sides of the ball.If the double-digit point spread scares you, don’t let it, the Bengals will win and cover the spread with room to spare.