NFL News and Rumors
Rookie quarterback Jameis Winston and the Tampa Bay Buccaneers will look to pull off their third straight NFL betting upset when they visit 40-year-old veteran signal-caller Matt Hasselbeck and the ‘desperate’ Indianapolis Colts on Sunday. Along with Tom Brady and Cam Newton, Hasselbeck is the only other quarterback with at least three starts to have not lost a game this season. Now, let’s find out which team will win and cash in!

Tampa Bay has won two in a row and never looked better this season than they did in laying an emphatic 45-17 smackdown on the reeling Eagles in Week 11 to easily cash in as a 7-point road dog.Winston tied an NFL rookie record by tossing a whopping five touchdowns in the win.”He’s playing good ball, making all the right decisions, no one works harder than him,” coach Lovie Smith said. “Whatever you’re looking for, for the guy that’s out in front, he’s doing and he’s doing it well.” 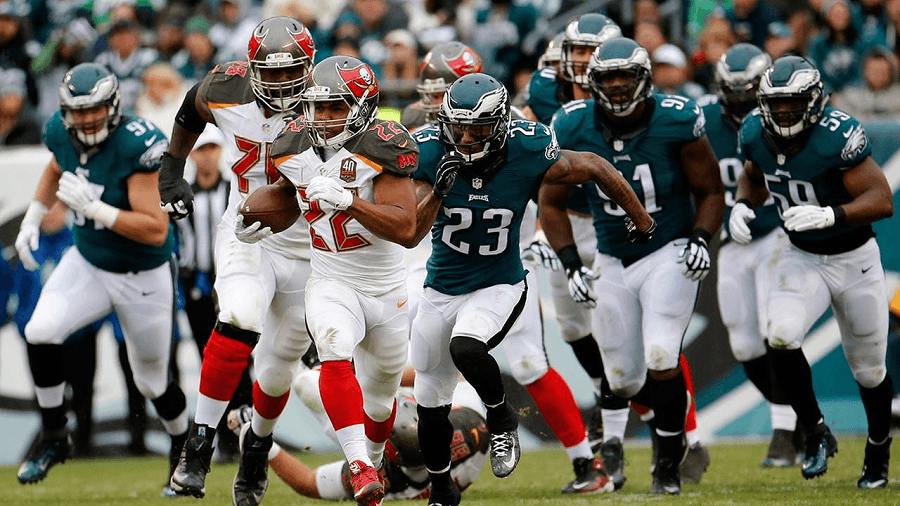 Veteran running back Doug Martin rushed for a stunning 235 yards on 27 carries just one week after the Bucs shut down Dallas in a low-scoring 10-6 win.“You talk about great running back, what do they have? Vision, instincts to know when to make a move,” Buccaneers coach Lovie Smith told reporters of Martin. “That’s what he’s been doing. … I think he’s kind of showed us everything a great running back should show people on a weekly basis.”“Anything is possible,” Winston said. “We’ve worked hard since training camp, since OTAs, it’s in our hands.”

The Colts have also won two consecutive games and comes into this matchup off a hard-fought 24-21 win over Atlanta in Week 11 as 3.5-point road underdogs. 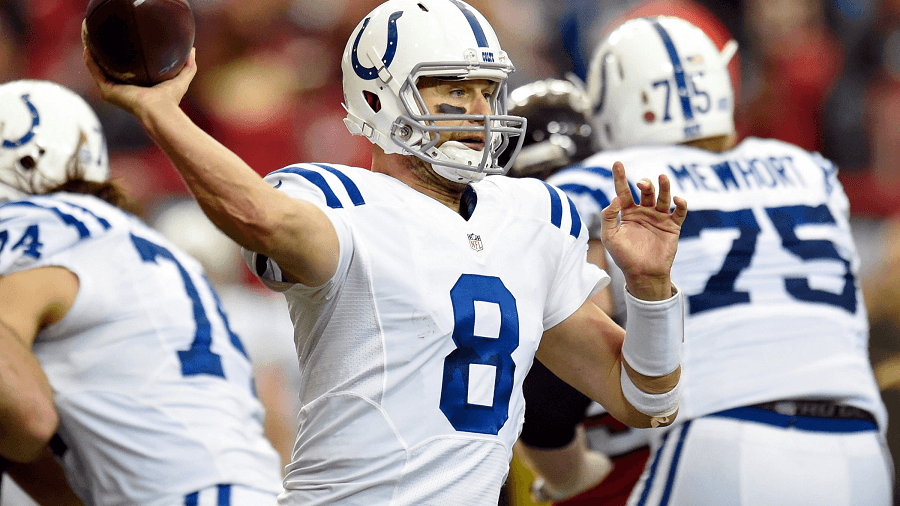 Matt Hasselbeck completed 23 of 32 passes for 213 yards with two touchdowns ad two interceptions. Defensively, Indy picked off Matt Ryan three times. Surprisingly, the ageless Hasselbeck says he’s been seeking advice from the younger Andrew Luck.“I pleaded with him, sort of begged him, ‘Hey, even though you’re hurt and you’re not with us, I need you to be with us,’” Hasselbeck told reporters. “He said, ‘Absolutely.’ I anticipate that he’ll be very helpful (and) my goal is really just to kind of hold the fort down until he gets back.”Indianapolis will also be without starting left tackle Anthony Castonzo, who suffered an MCL sprain in the fourth quarter at Atlanta, almost assuredly brining his streak of 66 consecutive starts to an abrupt end.”You hate to lose anybody, especially your starting left tackle,” coach Chuck Pagano said. “Quarterback one week, now your left tackle. You hate it, too, because he don’t miss (games). I think maybe he missed a couple of games his first year, but that’s it.”