NFL News and Rumors
With the ‘desperate’ Philadelphia Eagles and New York Giants both looking to get the ‘W’ in their meaningful Week 6 NFC East matchup, NFL lines fans everywhere need to know whether or not to expect a case of good online betting ‘ol déjà vu. Let’s find out!

Monday’s are for #Giants football! RT if you want a win over the Eagles! Broadcast info: http://t.co/cC83wdSt4v pic.twitter.com/r2F5mINktq

The Giants have won three straight after losing their first two games of the season and recorded an absolutely thrilling 30-27 comeback win over San Francisco in Week 5 despite failing to cover the spread as a 7.5-point home favorite. 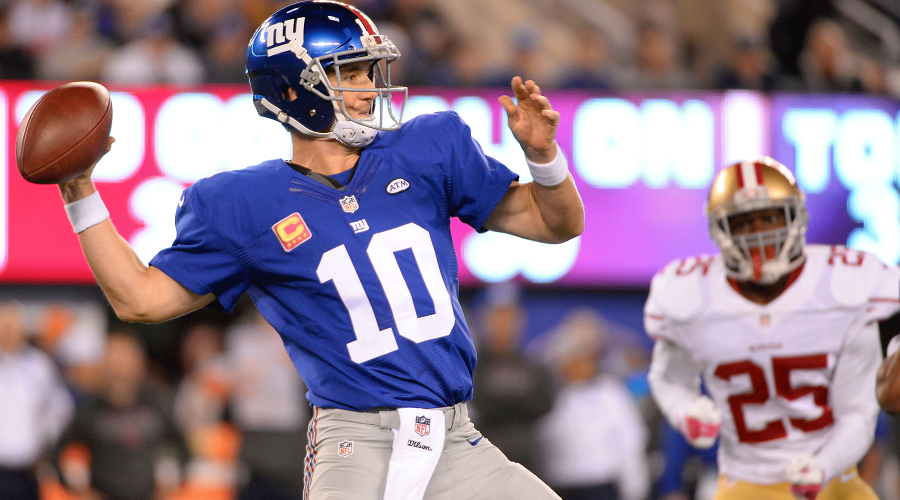 Veteran quarterback Eli Manning completed 41 of 54 pass attempts for 441 yards with three touchdowns and one interception while wide receiver Odell Beckham Jr. caught seven passes for 121 yards and one score. Trailing 27-23 with 1:45 remaining in regulation, Manning led the G-Men on a game-winning drive that concluded with the two-time Super Bowl winning signal-caller hitting tight end Larry Donnell with a 12-yards TD strike with just 12 seconds left. 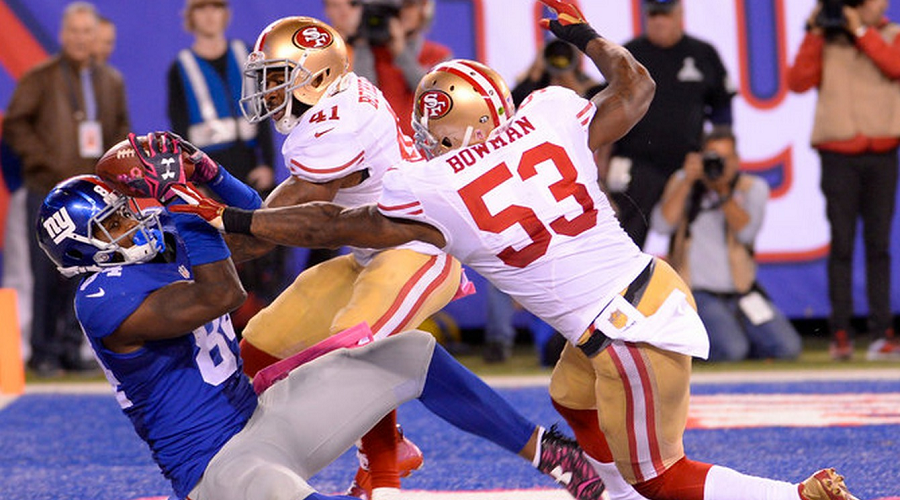 “It ranks up there as far as comebacks,” New York coach Tom Coughlin said after Eli Manning engineered the game-winning drive. New York’s starting wide receivers, Beckham Jr. and Rueben Randle are both dealing with nagging hamstring injuries, though Randle is set to make his return in this contest. Donnell’s game-winning reception enabled the team to dedicate the win to tight end Daniel Fells, a consistent contributor that was hospitalized with an MRSA infection and place on season-ending injured reserve. “Thank God we were able to give him the game ball,” Coughlin said. “To have a guy from his (tight end) room go up there and make that catch at the end of the game was just incredible.” 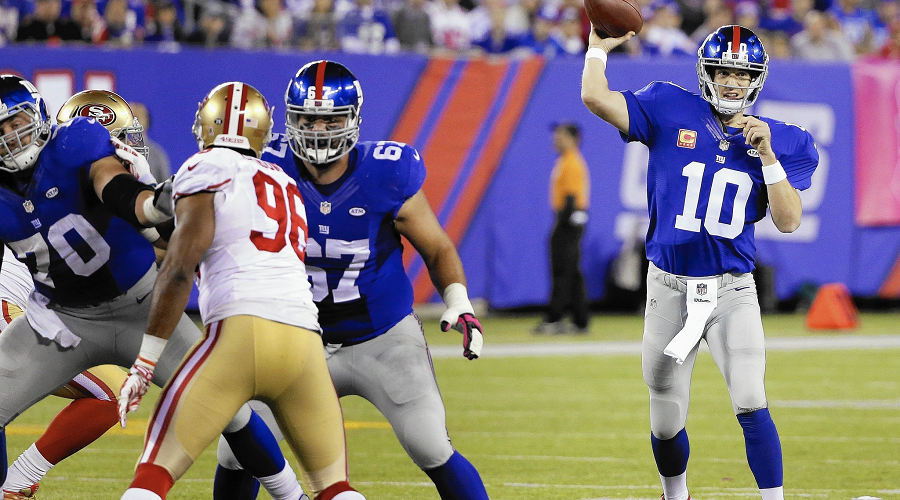 The Eagles are coming off an overwhelming 39-17 blowout over struggling New Orleans in Week 6 and easily cashed in as a 6.5-point home favorite in the process. Enigmatic quarterback Sam Bradford completed 32 of 45 passes for 33 yards with two touchdowns while big offseason addition DeMarco Murray rushed for 83 yards and one score on 23 carries. 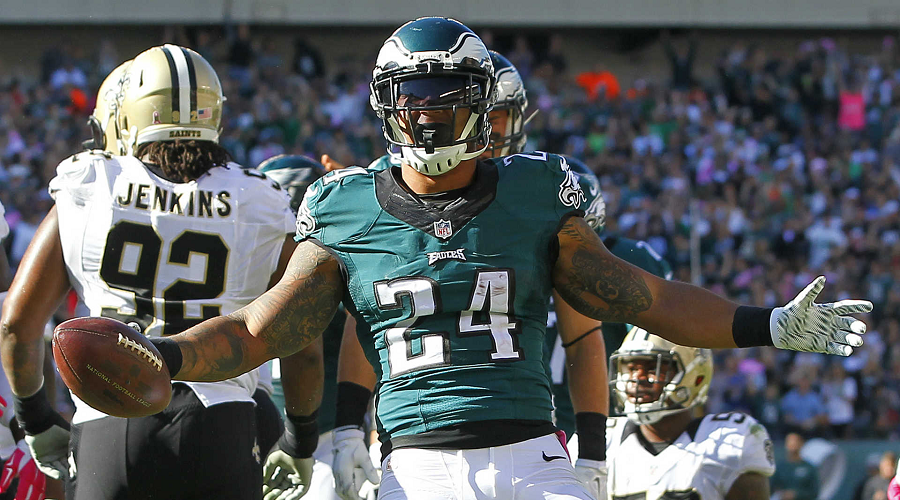 Backup running back Ryan Matthews added 73 rushing yards and another touchdown in the win and the Birds forced four turnovers by New Orleans. Bradford also tossed two costly interceptions in the red zone, although the Saints couldn’t capitalize. 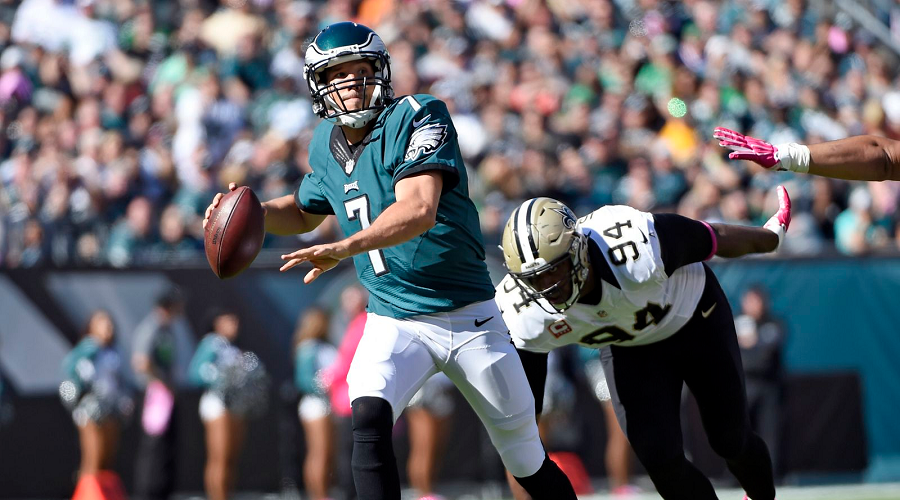 “After what we were able to do in the preseason, everybody has been waiting for this,” Eagles quarterback Sam Bradford said. “It’s a great feeling. Now, we have to build off it.” Philadelphia ranks 13th in scoring (23.4 ypg) and a surprising 10th in points allowed (20.6 ppg).Game Analysis:I think it’s quite ironic that the Giants lost two straight to kick off the 2014 season before winning three straight heading into Philadelphia. Of course we all know that New York’s humbling 27-0 shutout loss was the start of the Giants’ stunning collapse last season, even if those events don’t mean a single thing as far as this contest is concerned. 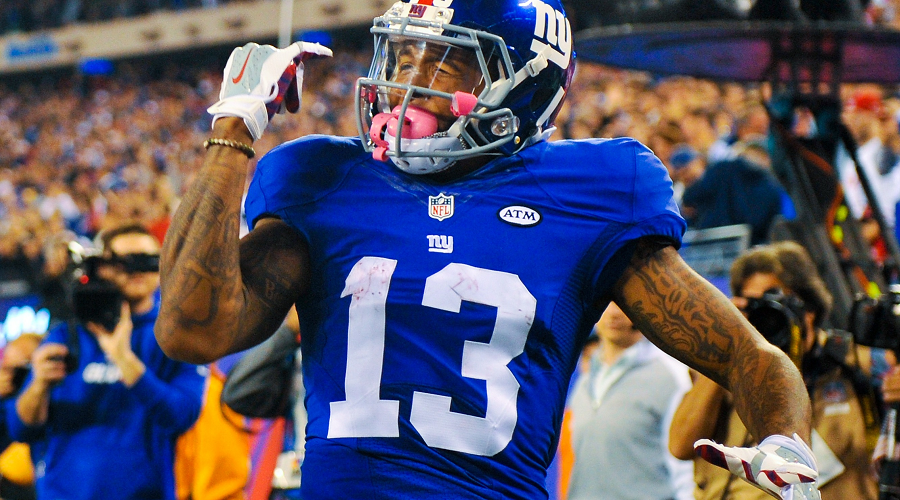 Having said that, let me also say that I’m a bit surprised that 63 percent of public bettors likes New York to get the job done in this contest. The Eagles and Giants are near mirror-images of one another and I think the fact that Philly is playing at home will most likely be the deciding factor in this contest. Philadelphia swept the regular season series a year ago and have won five of the past seven meetings against their longtime rivals overall. 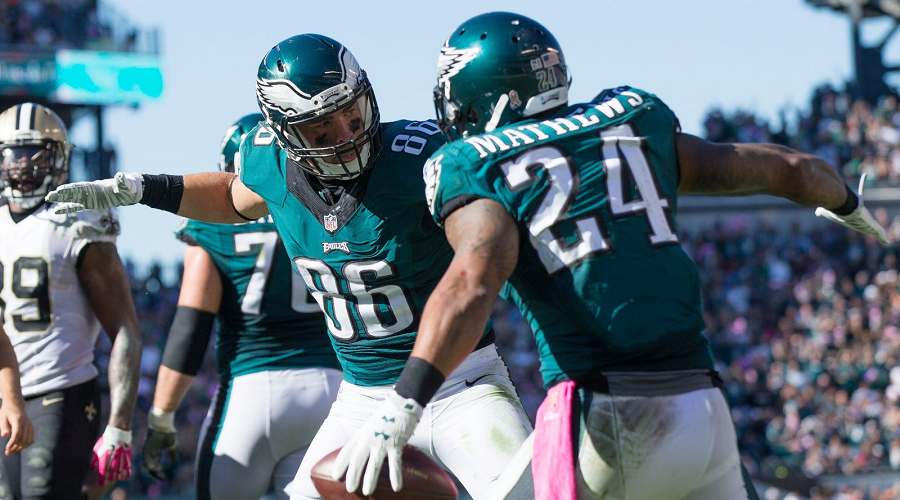 I’m picking the Eagles to win and narrowly cover the spread, but I also believe the Over 50.5 total points is the best bet for this contest. The Over is 5-1 in the Giants’ last six games against their conference rivals and an identical 5-1 in Philly’s last six home games against a team with a winning road record.My Pick: Philadelphia 30 New York 24
Older post
Newer post