“From our perspective, we couldn’t be happier with (the trade),” Buffalo head coach Rex Ryan said of McCoy, who was acquired in March for linebacker Kiko Alonso. “I mean, obviously LeSean is a great player, great talent and we love him in the building. He’s got that great energy about him and (is a) good teammate.”The Bills picked up a hard-fought 30-21 win over red-hot Houston last week to cash in as a 3-point home favorite as quarterback Tyrod Taylor tossed three touchdown passes for the second straight week and rushed for another. “He’s our leader,” wide receiver Sammy Watkins said. “He’s our quarterback. He’s the guy we’re rolling with. He’s getting better every week leading this team.” “His work ethic is second to none,” Clay said. “I don’t think I’ve ever seen somebody with the work ethic that guy has.”McCoy rushed for 112 yards on 21 carries while Watkins added three catches for 109 yards and one score.

The Eagles got two special teams touchdowns en route to a stunning 35-28 win over Tom Brady and banged-up New England last weekend to cash in as a 9-point road dog. Enigmatic quarterback Sam Bradford completed 14 of 24 passes for 120 yards and two scores in the win, but 2014 rushing leader DeMarco Murray rushed for just 24 yards and reportedly had a talk with owner Jeffrey Lurie about his touches. 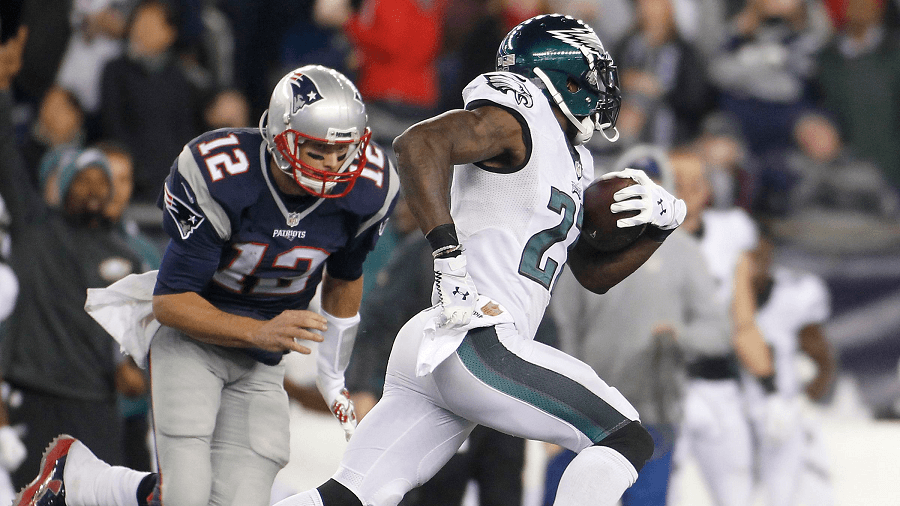 “Anybody who said our confidence was low was probably outside our building,” safety Malcolm Jenkins said after his 99-yard interception return was a key to the win. The win helped Philly move into a tie for second place in the NFC Least a half-game behind Washington. “Sometimes they don’t see in them what I see in them,” Kelly said of his players. “I know we have a good football team. They showed it today.”

I know the Philadelphia Eagles got a huge, season-saving win over banged-up New England last weekend, but I can’t bring myself to back the Birds against the completely desperate Buffalo Bills this coming weekend and you shouldn’t either! Buffalo played some of its best football of the season to beat Houston last weekend and I believe the Bills are going to use their aggressive defense to get after Eagles quarterback Sam Bradford in this contest.Philadelphia is just 2-5 ATS in its last seven home games and 1-4 ATS in their last five games following an SU win. Conversely, Buffalo is 4-1 ATS in their last five games in the month of December and an identical 4-1 ATS in their last five meetings against Philly. The Bills are also 3-1-1 ATS in their last five games overall, but more importantly, they have the better defense and quarterback in this Week 14 pairing if you ask me.Philadelphia has lost two straight at home, so it’s not like they consistently hold down the fort when they play in South Philly. Buffalo wins a hard-fought affair! I’m going with the 47 percent of public bettors that like the Bills!My Pick: Buffalo 27 Philadelphia 20
Older post
Newer post