NFL News and Rumors
“I like the way you work it No diggity, I got to bag it up.” – BlackStreet. Whether or not you’re familiar with the famous lyrics of now-defunct R&B group BlackStreet, when it comes to picking the winner of Super Bowl 50, I believe the Carolina Panthers are the clear-cut odds selection to beat the Denver Broncos…and I mean, no diggity, no doubt! My early Super Bowl 50 betting predictions also include a play on the Over 44.5 total points and for good reason. Now, let’s find out why I like the Panthers and the Over.

Who: Carolina Panthers (15-1) vs Denver Broncos (12-4)When: Sunday, February 7, 2015Kickoff: 6:30 PM ETWhere: Santa Clara, CAStadium: Levi’s StadiumSpread: Panthers -3.5Moneyline: Carolina -185 vs Denver +160Game Total: 43.5Watch: CBSStream: CBS Sports Listen: Carolina vs DenverAnalysis: Carolina finished second to Arizona in scoring during the regular season (30.6 ppg), but they’ve been even better in the postseason in putting up 31 points against Seattle and a surprising 49 points against the Cardinals in their stunning NFC Championship game win on Sunday.While Denver has also been pretty outstanding defensively in limiting Pittsburgh to just 16 points in their divisional round win and New England to a modest 18 points in their AFC title tilt victory, the Broncos have also struggled to score the ball in putting just 23 points on the board against the Steelers and modest 20 points against the Patriots.Conversely, Carolina has also been very good defensively in shutting out Seattle in the first half of their 31-24 divisional round win while completely dominating Carson Palmer and the Cardinals’ once high-scoring offense by limiting them to just two scores and 15 points.More importantly, the Panthers are a near-perfect 4-1 ATS in their last five games against a team with a winning record and a bankroll-boosting 11-4 ATS in their last 15 games overall. I know the Broncos are 4-1 ATS in their last five games against a team with a winning record, but Denver is also just 2-5-1 ATS in their last eight playoff games and an uninspiring 1-5 ATS in their last half-dozen games following an ATS win.I love the fact that Cam Newton and the Panthers seem to be really focused on finishing off their season with a victory in Super Bowl 50 and believe the Panthers have the edge in the coaching battle with Ron Rivera being head and shoulders better than Denver’s Gary Kubiak. 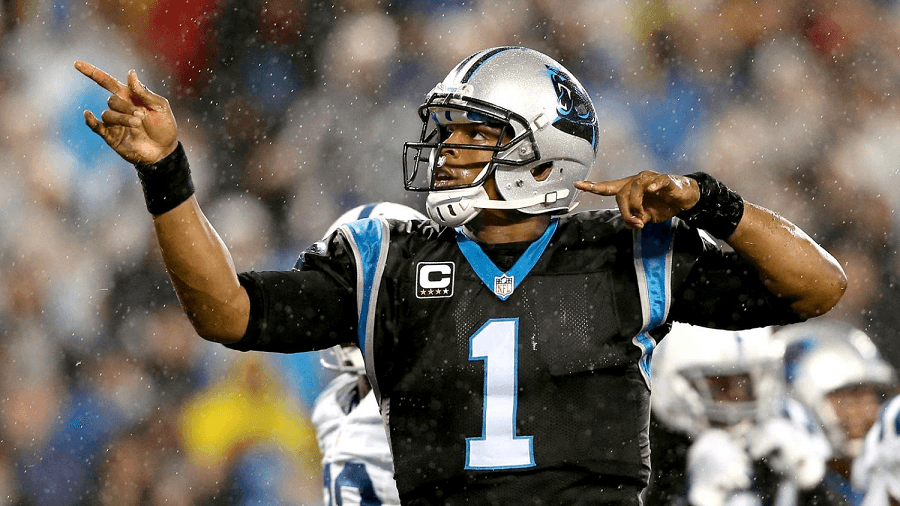 “Yeah, we are going to the Super Bowl. We are not going just to take pictures,” Newton said Sunday after leading Carolina to its emphatic win by throwing for two touchdowns and rushing for two more scores. “We’ve been dreaming about this moment since Day 1,” Newton said. “Our pen has a lot more ink left. We are trying to finish this thing off.”

Will This Be Manning’s Last Game In The Spotlight

Denver has succeeded this season not because of their previously high-scoring ways under Peyton Manning, but because of a defense that has been the best in the league this season. “It’s been a unique season,” Manning said. “And this game today was a unique football game.” As far as the game’s Over/Under total is concerned, the Over looks like a near-lock with the Over going 4-0 in Carolina’s last four playoff games and 4-1 in their last five games overall.I know the Under is 5-1 in the Broncos’ last six playoff games and 5-2 in their last seven games overall, but the way the Panthers are putting points on the board leads me to believe the Broncos are going to be forced to abandon their mediocre rushing attack to air it out and keep pace with the Panthers.You heard I here first mybookie.ag NFL betting buffs…The Carolina Panthers win and cover the spread while the Over/Under plays just over the 44.5-point game total.My Expert Prediction: Carolina -4.5 Points/Over 44.5 Total Points
Older post
Newer post