NFL News and Rumors
If you’re ready for NFL betting online, then you should know that Sunday’s Week 11 NFC North divisional clash between the Green Bay Packers and Minnesota Vikings looks like an absolute thriller just waiting to happen!You see, Aaron Rodgers and the Packers will look to snap their three-game skid while simultaneously bringing Adrian Peterson and Minnesota’s five-game winning streak to an abrupt halt.Something’s gotta give when these two playoff hopefuls’ battle on Sunday, so let’s find out.

The Vikings have won five straight games which marks their best start since getting off to a 6-0 start back in 2009. The Vikes rolled the Oakland Raiders in their 30-14 Week 10 win to easily cover the college football betting odds as a 2-point road dog.While the Vikings currently sit in first place in the NFC North, head coach Mike Zimmer said he isn’t letting his team focus on that fact.“I’m sure you’re all aware, all right, that we’re in first place,” coach Mike Zimmer told his players following Sunday’s 30-14 win at Oakland. “You know what that means? It means nothing. It’s not where we are. It’s where we finish at the end of the year.”Future Hall of Fame running back Adrian Peterson rushed 26 times for 203 yards and one touchdown to lead the Vikings to victory against the Raiders while quarterback teddy Bridgewater bounced back nicely from his Week 9 concussion as he completed 14 of 22 passes for 140 yards and one touchdown.“I understand the heightened part of this game, but you know it’s still about us and how we play,” Zimmer said. “I think that our players will know that this is a big game. I don’t think that I’m going to have to pull out any magic wands or anything like that.”Minnesota is ranked 22nd in scoring (22.0 ppg) and a stellar second in points allowed (17.1 ppg).

Green Bay has lost three consecutive games in falling to Denver in Week 8, Carolina in Week 9 and lowly Detroit last Sunday.Green Bay’s 18-16 Week 10 loss against the lowly Lions was a real eye-opener with Rodgers and company getting limited to just three points through three quarters. While the Packers scored 13 fourth quarter points to mount a late comeback, it was a case of too little too late.Now, the Packers are in a big-time fight the likes of which they haven’t seen in the last five seasons.“I think you always have sequences of games in seasons that you can look back on where one phase isn’t playing as well as the other,” coach Mike McCarthy said. “I think we’re in that right now. We just need to keep working and fight our way out of it.”Rodgers completed 35 of a career-high 61 passes against the Lions for 333 yards, but he was sacked three times and hurried on numerous other occasions. When asked how he felt physically, Rodgers responded by saying, “Probably banged up. But we all are at this time. It’s Week 11 coming up, everybody is dealing with different things. You get a routine, learn how to take care of your body and push through things.”The Packers are ranked 11th in scoring (24.3 ppg) and 12th in points allowed (20.6 ppg). 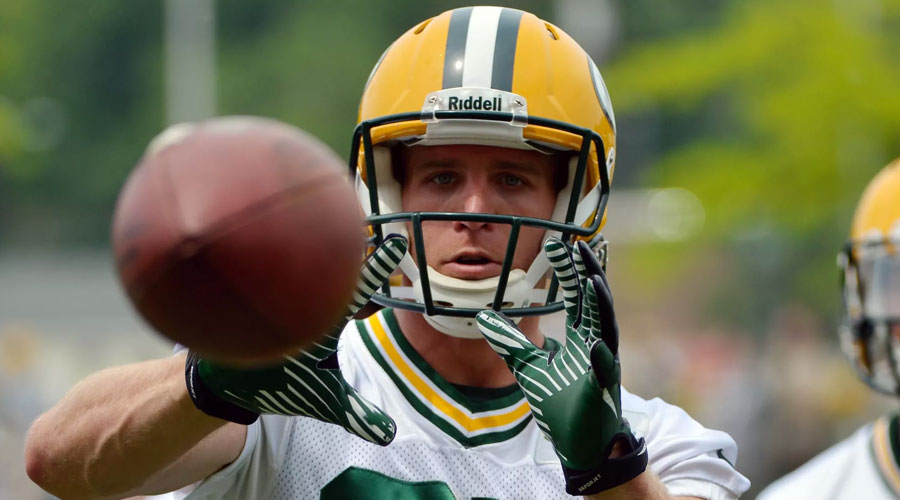 I’m going to be up front and honest about this grueling Week 11 pick by saying that this is really one tough call.On the one hand, the Green Bay Packers are very good and have arguably the game’s best quarterback on their side. On the other hand, the Minnesota Vikings are playing at home and have arguably the league’s best defense, not to mention one of the very best running backs in the league.While 52 percent of public bettors like Green Bay to get the road win and accompanying ATS cover, I’m ‘going against the grain’ with my pick on this NFC North divisional battle.Green Bay is just 2-5 ATS in their last seven road games against a team with a winning home record and a winless 0-4 ATS in their last four games overall.Minnesota has put together a stellar 8-0 ATS mark in their L/8 games following an SU win and an equally impressive 4-0 ATS mark in their L/5 games against a team with a winning record.The Vikings are also 5-1 ATS in their last six games against their NFC North division rivals and a blistering 23-8 ATS in their last 31 games overall.In addition to the aforementioned ATS trends, I believe Minnesota’s stout defense is going to give Aaron Rodgers problems while shutting down the Pack’s listless running game, mostly because Green Bay’s offensive line is a mess right now.I expect the Minnesota Vikings to control the clock by running Adrian Peterson early and often in this one while getting just enough passing from Teddy Bridgewater in order to keep the Packers’ defense honest.In the end, I’d like the Vikings to bring home the bacon in a matchup that looks like a classic field goal game from where I’m sitting.