NFL News and Rumors
The Jacksonville Jaguars got a surprising win the last time out. The New York Jets have lost two straight including a humbling loss in Week 8. Now, with both teams looking to get the ‘W’ in their Week 9 AFC matchup, let’s find out which teams is going to cover the NFL betting lines.

We reach the midway point on Sunday. 5-3 or 4-4? #JAXvsNYJ pic.twitter.com/ViLQi9R2ao

The Jaguars jumped all over the Buffalo Bills early in getting out to a 27-13 halftime lead, but they gave up 18 fourth quarter points to nearly blow it  before scoring late to get the stunning 34-31 win and cash in as a 3-point underdog in London two weeks ago. Jacksonville snapped a four-game losing streak with the win and enter this matchup just  1.5 games behind Indianapolis in the AFC South. 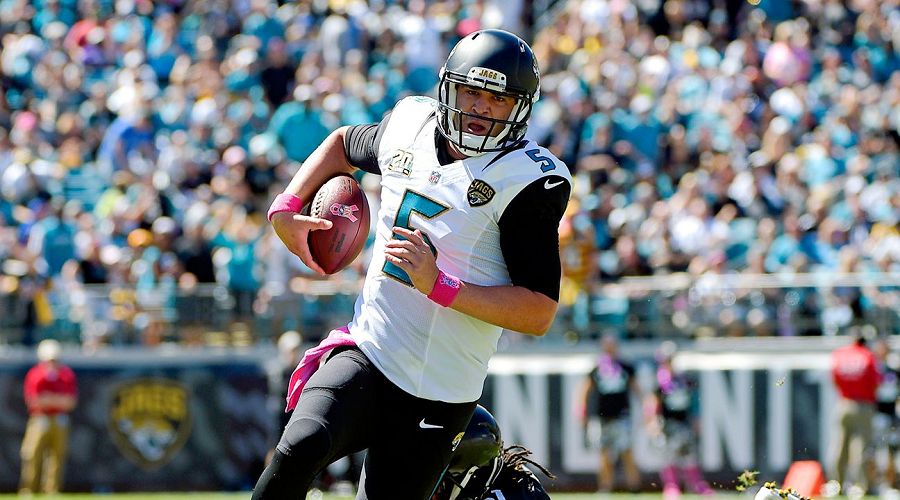 Quarterback Blake Bortles competed 13 of 29 passes for 182 yards with two touchdowns and one interception while running back T.J. Yeldon rushed for 115 yards and one score on 20 carries. “I don’t think we look at it any differently than if we were 0-7 or 7-0. We treat this game the same way. I think that’s the culture and the mindset that everybody has,” said Bortles, who is tied for fifth with 15touchdown passes. “So I think obviously we’re fortunate enough to be at 2-5 and in the talk, right? The guys do a good job of making sure that this is our championship game just like it is every other week.”
Yeldon has 406 rushing yards and is on pace to become the franchise’s first 1,000-yard back since Maurice Jones-Drew in 2011. The Jaguars are ranked 22nd in scoring (21.0 ppg) and 31st in points allowed (29.6 ppg).

The Jets have lost two straight and got smacked around in their surprising 34-20 Week 8 loss to Oakland while never coming close to covering the spread as a 3-point road favorite. The Jets will have starter Ryan Fitzpatrick under center after the veteran suffered a torn ligament in his left (non-throwing) thumb in the loss to Oakland.
Fitzpatrick, who completed 4 of 5 passes for 46 yards before giving way to backup Geno Smith, wore a special glove at practice this week and said he’s ready to go. “I don’t want to put the team in a position where I’m going to go out and hurt the team or turn the ball over or try to be a hero because something is compromised,” Fitzpatrick said. “I want to go out there and help the team, so if I can do that without putting me or the team in a compromising position, then I will. And I think I’m going to be able to do that.”
Smith, who completed 27 of 42 passes with two touchdowns and one interception in relief of Fitzpatrick, suffered a bruised left shoulder in the loss. 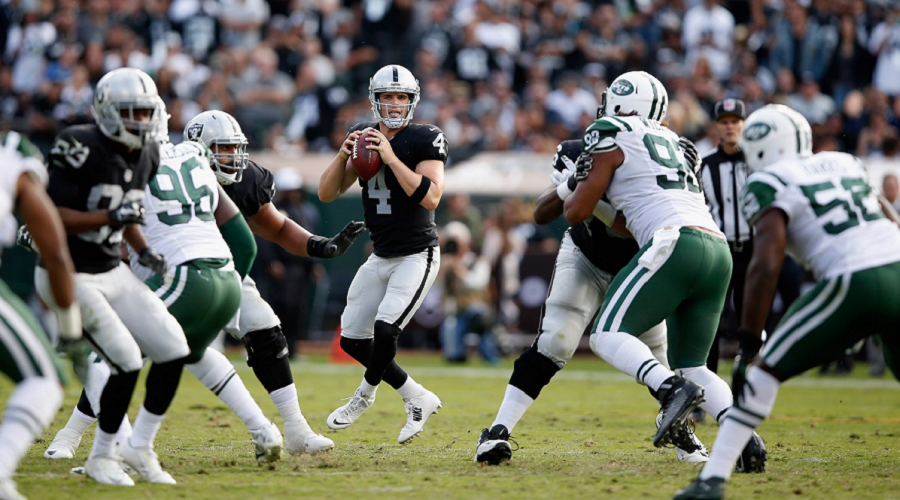 The Jets had a miserable defensive performance in allowing Oakland signal-caller Derek Carr to throw for 33 yards with four touchdowns and no interceptions. New York entered its Week 8 matchup against the Raiders ranking second in the NFL in total defense (283.2 ypg) before giving up 451 yards to Oakland.
In addition to that, team rushing leader Chris Ivory was held to a pitiful 17 yards on 15 carries. “We had some loafs on defense for the first time this year,” said Bowles, who added that his staff counted more than 19 missed tackles. “They were minor loafs, but they were still loafs nonetheless and we have to have everybody to the ball.”
The Jets have failed to record a turnover in dropping each of their last two games after forcing 15 during their 4-1 star to rank second in that category. “It is one game, and it’s the first time we fell apart like that,” Bowles said. “We have to come back together and it can’t happen again.”
New York is ranked 11th in scoring (24.6 ppg) and 12th in points allowed (19.9 ppg).

66 percent of public bettors agree with my pick that the New York Jets are going to bring home the bacon in this Week 9 matchup.
First and foremost, the Jets are kind of desperate right now and certainly don’t want to lose to a Jaguars team that is one of the very worst in the league. Combine that with the fact that the Jets are the better statistical team on both sides of the ball and the outcome of this contest looks even more ironclad.
Jacksonville has lost its last 12 road while compiling an uninspiring 4-7-1 ATS mark over that span. Jacksonville also hasn’t been able to translate wins into immediate successes afterward with the Jags going 1-5 ATS in their L/6 six games following an SU win. Conversely, the Jets are 4-0 ATS in their last four games following an ATS loss, 7-1-1 ATS in their last nine games against their AFC counterparts and 5-1 ATS in their last 6 home games.
My  Pick: Jets 28 Jaguars 20
Older post
Newer post