NFL News and Rumors
The New York Giants and their NFL lines fans will look to stay hot by taking down quarterback Colin Kaepernick and the struggling San Francisco 49ers when they square off in their Week 5 NFC pairing. Now, let’s find out if the G-Men can cover the spread as touchdown road favorites.

Ahead of 49ers game, #Giants offense still waiting to fire on all cylinders. WATCH: http://t.co/pbzRX0BfUz pic.twitter.com/iWacUni2lb

The New York Giants are on a roll right now, having won two straight after losing each of their first two games this season. 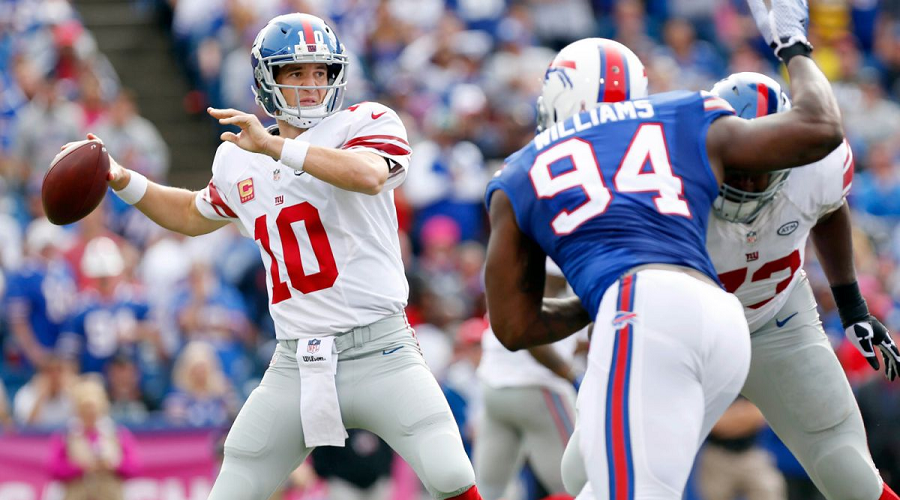 Eli Manning has tossed seven touchdown passes in his last three weeks, including three scoring strikes in New York’s 24-10 smackdown of Buffalo last Sunday. Manning has won five of his seven career contests against San Francisco and appears to be in good shape to do so again this weekend. 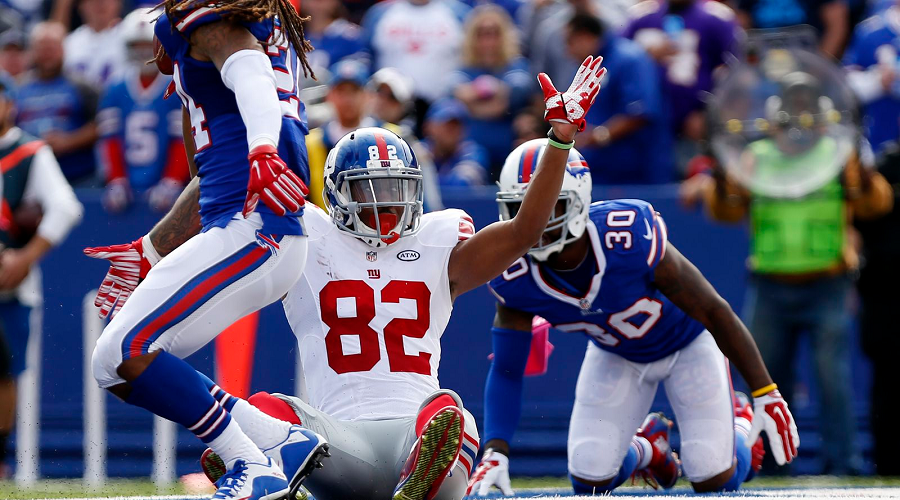 Unheralded wide receiver Rueben Randle has caught a touchdown pass in each of his last two games and toasted Frisco for a team-high seven catches for 112 yards the last time he faced the 49ers.  New York is limiting the opposition to an NFL-best 69.8 rushing yards per contest.

The Niners have lost three straight and hasn’t scored more than seven points in either of their last two games, including their dismal 17-3 Week 4 loss to Green Bay as a 7.5-point home underdog. 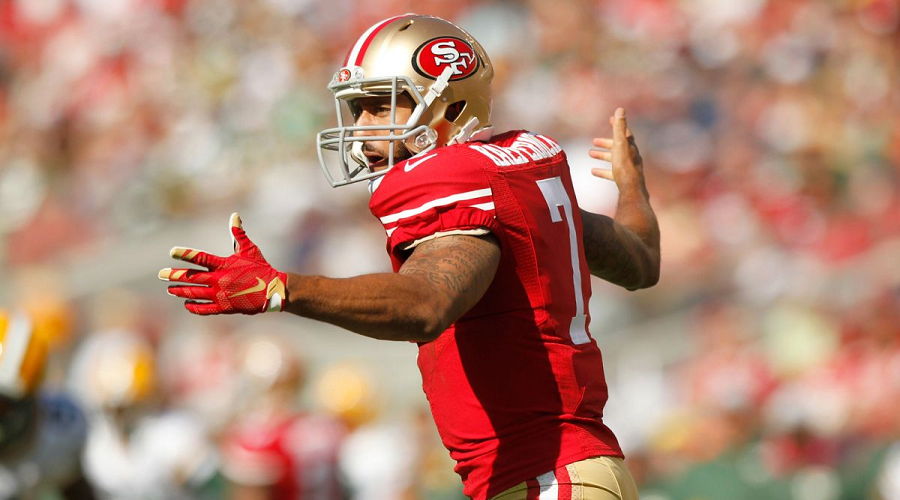 Enigmatic quarterback Colin Kaepernick has failed to throw a touchdown pass in three of Frisco’s games this season and looks like he is regressing each and every contest. “I want a confident man; just full-bore ahead at that position,” San Francisco coach Jim Tomsula told reporters of his commitment to Kaepernick. “I believe it’s critical and I believe in Colin Kaepernick.” 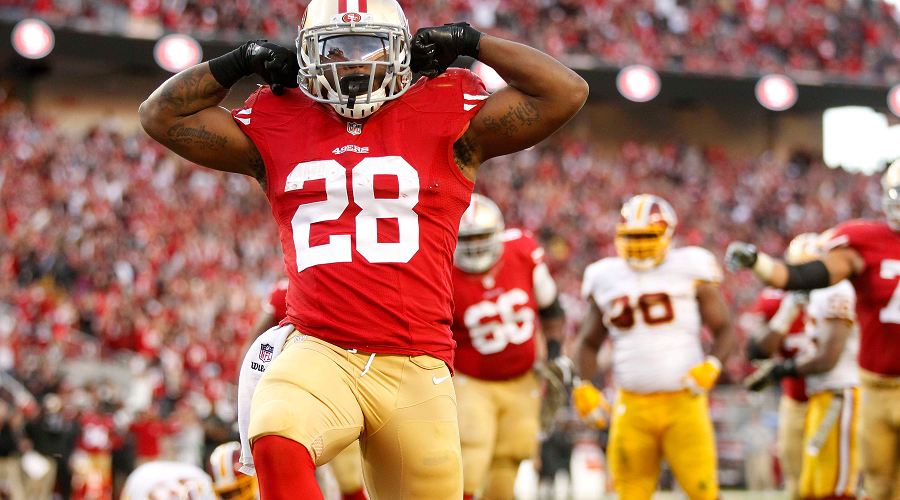 Running back Carlos Hyde has fallen off recently, rushing for just been 114 yards during the team’s three-game slide after running for 168 yards and two touchdowns in the Niners’ 20-3 season-opening win over Minnesota. San Francisco is an NFC-worst minus-5 in turnover differential.
Game Analysis:
A whopping 69 percent of the betting public likes New York to bring home the bacon in this contest and so do I after seeing how both of these teams have played recently. 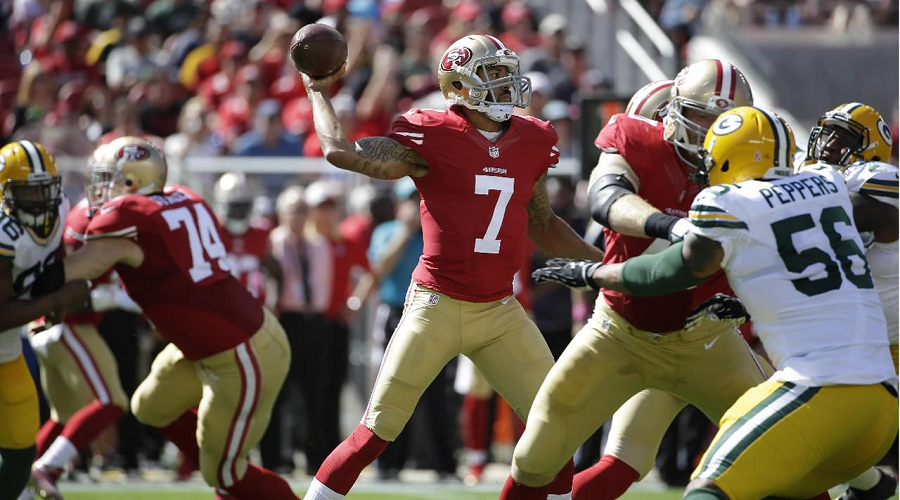 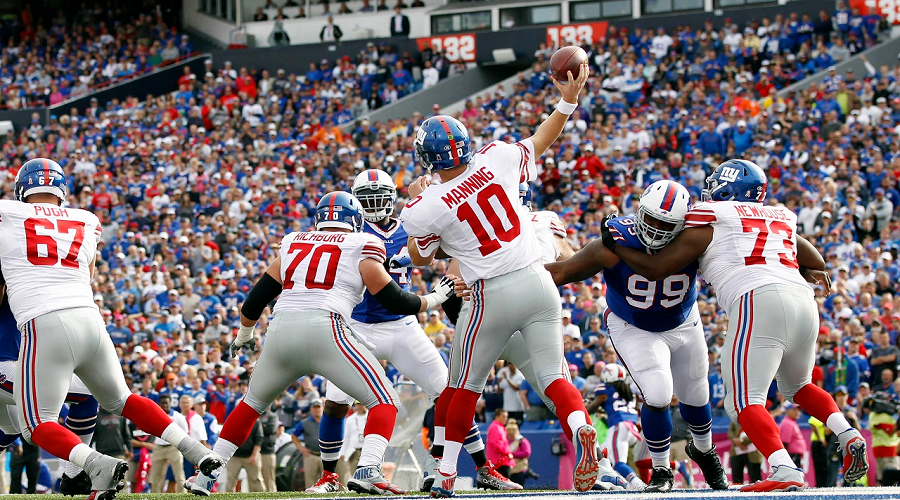 The Giants are 5-1 ATS in their last six games against a team with a losing record and 6-2 ATS in their last eight games overall, making them the easy pick to win and cash in!
My Pick: Giants 28 49ers 20
Older post
Newer post