NFL News and Rumors
Derek Carr and the Oakland raiders will look to overcome Brock Osweiler and the Denver Broncos when the two longtime rivals square off in their Week 14 AFC West divisional battle on Sunday. The Broncos, on the other hand, will look to take another step toward winning the division and increasing their chances of earning home field advantage throughout the AFC playoffs. Now, let’s find out which one of these teams will beat the NFL odds and cash in!

Who WILL … Who WON’T … Who MIGHT … vs. the @RAIDERS https://t.co/P8vQHaF0jH pic.twitter.com/NLqBQymYPa

The Raiders have lost four of their last five games including their humbling 34-20 loss against red-hot Kansas City home dogs as 3-point last weekend.“Tough way to finish,” Raiders coach Jack Del Rio said. “Promising afternoon, lot of back and forth. It just got away from us. Turned the ball over and you can’t do that. The last four drives were three turnovers and a missed field goal. That’s not the way you want to close out a game you want to win.”Oakland has been held to 20 points or less in three of their last four games while allowing 30 points or more three times in their last five.Derek Carr has thrown 26 touchdown passes this season and is just three short of Oakland’s team record set in 1997 by Jeff George and just eight shy of Daryle Lamonica’s franchise mark set in 1969.Carr completed 31 of 48 passes for 283 yards with two touchdowns, but also tossed three interceptions in the loss.“I played a lot of football in my life, won a lot of games lost a lot of games,” said Raiders safety Charles Woodson, who forced a fumble and recovered two fumbles. “But today was probably one of the hardest losses I’ve been a part of in my career.” 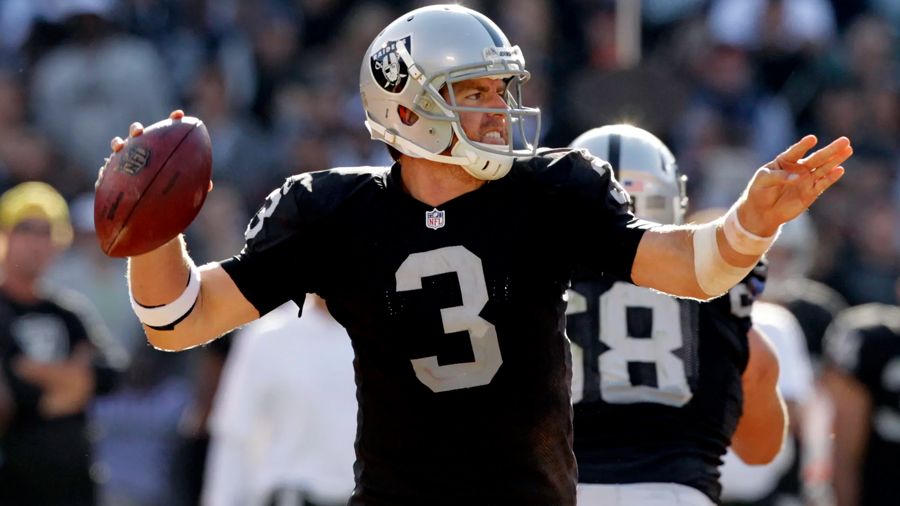 The Broncos put the San Diego Chargers on ‘lockdown’ in their 17-3 Week 13 win over the Bolts as a 6-point road favorite.Brock Osweiler completed 16 of 26 passes for 166 yards with one touchdown and one interception and the Broncos’ defense forced three turnovers while sacking Derek Carr four times.“I think he continues to grow,” Denver coach Gary Kubiak. “The thing I really liked about him was he learns from his mistakes.”Osweiler has now led the Broncos to three straight wins since taking over for the injured Payton Manning.“No one blinked with this being a road game,” Osweiler said. “We got a quick start, a quick score and then we slowed down a bit throughout the game. We did what we had to do to stay into it.”