NFL News and Rumors
The Tampa Bay Buccaneers will look to give their slim playoff hopes a boost when they visit the St. Louis Rams in a Week 15 NFC matchup of two rebuilding teams that feature two of the game’s most talented rookies. The Bucs and Rams kick off Week 15 with a Thursday night NFL odds matchup that gets underway live from the Edward Jones Dome in St. Louis Rams at 8:25 PM ET.

The Week 15 NFL odds on this contest feature both teams as a Pick ‘Em after opening with Tampa Bay as a 2-point favorite. Both teams can be had as a -108 pick against the NFL Moneyline while the Over/Under Total sits at the 41 points it opened at. Can Winston, Bucs, Manhandle Gurley and Rams?

Why Bet The Tampa Bay Buccaneers as a Pick ‘Em

Tampa Bay (6-7 SU, 7-6 ATS) has won three of their last five games and looks like a great wager this week as they both, face an uninspiring Rams team and try to keep their faint playoff hopes alive.The Buccaneers have one of the game’s best young quarterbacks in No. 1 overall draft pick Jameis Winston and a bevy of veteran skill position players like Doug Martin, Vincent Jackson and gifted second-year wide receiver Mike Evans. Tampa Bay also had the edge in coaching in my estimation, as well as scoring (22.2 ppg-16.2 ppg) and run defense (94.1 ypg). Now the Buccaneers say they can’t wait to get a shot at redemption after last week’s loss against the Lions.“That’s exactly how you want to do it. It was disappointment yesterday,” coach Lovie Smith said. “There’s no other way around it. To answer your question, it was disappointing yesterday. When you are disappointed you want to make it right and get a chance to come back. “We’ve had some disappointments this year and what I’ve seen from my football team is we have bounced back. So to be able to play that game a little bit early is a good thing.” 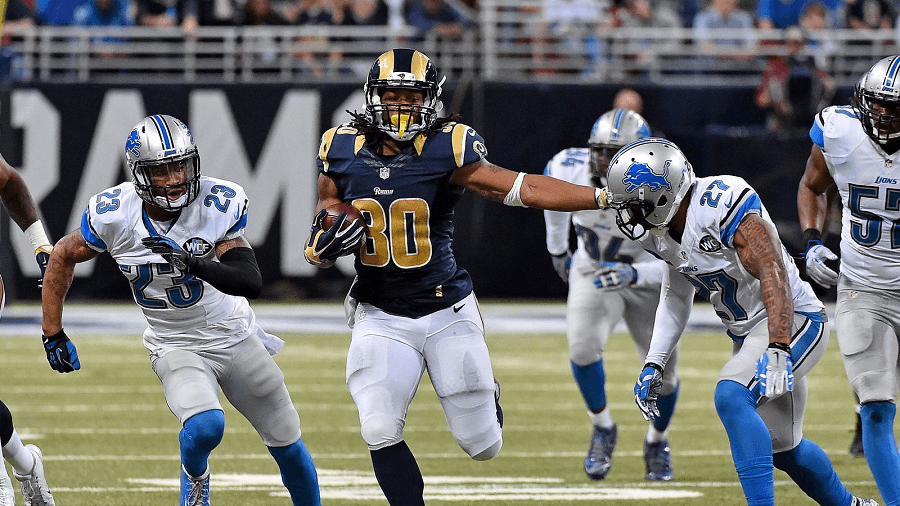 Why Bet The St. Louis Rams as a Pick ‘Em

St. Louis (5-8 SU, 5-7-1 ATS), looks like a good wager for a few reasons NFL betting buffs. First, the Rams snapped a five-game losing streak by beating Detroit 21-14 on Sunday to cash in as a 3-point home dog. Next, the Rams will be playing at home where they’ve gone 4-3 SU and ATS this season. The Rams have a legitimate blossoming superstar in rookie running back Todd Gurley (975 rushing yards) and last but not least, will start veteran Case Keenum in place of Nick Foles, who has been pretty much abysmal in his first season with the Rams.

While a convincing 60 percent of the betting public likes St. Louis to win outright to bring home the bacon in this contest, I am ‘going the other way’ with my Week 15 pick on this matchup.Tampa Bay has a great chance to reach .500 for the season – and give themselves at least an outside chance of reaching the postseason while St. Louis doesn’t have nearly as much of a shot of reaching the postseason playing alongside Arizona and Seattle in the NFC West.Tampa Bay also has a defense that is designed to stop Todd Gurley as the Bucs rank a stellar eighth against the run and again, the more potent offense. Jameis Winston will also be the best quarterback on the field in this contest, so there’s that as well. The Buccaneers are 4-0 ATS in their last four games following a straight up loss and an insane 9-1 ATS in their last 10 games following an ATS loss.While the Rams have gone 3-1-1 ATS in their L/5 games against a team with a losing record, St. Louis is also just 1-4 ATS in their last 5 games following a straight up win and 1-4-1 ATS in their last six games overall.While the Bucs have gone 0-4 ATS in their last four meetings against the Rams, the underdog in this series is 7-2-1 ATS in their last 10 meetings. I like the Tampa Bay Bucs to win and cash in!My final score prediction: Tampa Bay 21 St. Louis 17
Older post
Newer post