NFL News and Rumors
Whereas the 4.25 pm ET clash between the Arizona Cardinals (13-2) and the Seattle Seahawks (9-6) on FOX TV will gunner most attention this Sunday afternoon, a good number of this week’s bettors will also be paying some decent NFL Lines betting attention to the happenings of the regular-season finale between the Tampa Bay Buccaneers and the no-longer undefeated Carolina Panthers.

The game between the Panthers and Buccaneers was initially set for an early kick-off, but the time was flexed to a 4:25 pm ET kickoff to coincide with the encounter between Arizona and Seattle. A win by Carolina secures home field throughout the NFC playoffs. A loss by Carolina and a win by will, however, send the Cardinals as the top seed. For Seattle, a win or loss means that the Seahawks will go into the postseason games with a top or bottom wild card spot. It is because of such crucial repercussions on the NFC playoff seeds that both games have now been slated to take place at the same time. Below is a preview of the Seahawks at Cardinals matchup that will be played at the University of Phoenix Stadium, Glendale, Arizona. You can find the Tampa Bay at Carolina preview, along with other Week 17 game previews and NFL odds predictions in our NFL News and Articles section.As per our early Mybookie.ag NFL betting lines, the Cardinals have been favored by 7 points and are sporting a -105 mark in the money lines, while the Seahawks are trading at -115 on the same lines. On the OVER/UNDER total betting lines, the mark is currently set at 47. Below is a succinct guide on how to bet on these lines.

Why Bet on the Seahawks at +7

Despite losing to the Rams last week, the Seahawks are more than capable of turning things around, led by their surging QB Russell Wilson, who has thrown ten touchdowns in his last three games against just one interception in that span. With the Hawks looking to enter the playoffs with momentum, nothing would send a better statement than beating the red-hot Cardinals, something Wilson and his teammates will be thinking about. So if Wilson and his offense can do their thing, and the Legion of Boom also lives up to its reputation in the defense, then beating Arizona should be within the realms of possibility. 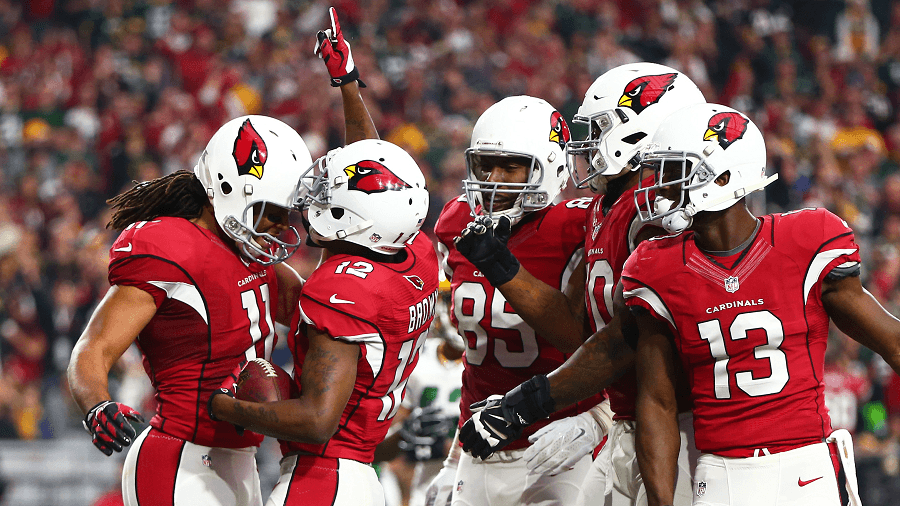 Why Bet on the Cardinals at -7

After the Cardinals saw their season melt away into disarray following Carson Palmer’s injury, I’d want to start by saying that only bet on the Cards for the win here if Palmer is available. If he is rested in preparations for the playoffs, I highly doubt if Arizona will be winning this game. That being said, Palmer has been sensational for the Cards and his availability this Sunday nearly guarantees a win. Not to forget, the Cardinals have a very formidable running game doing big things for them right now, thanks to stellar production from David Johnson (187 yards two against Philly two weeks ago, 4 TDs in his last two games). And if that won’t be enough, then be sure that Arizona’s solid defense, which reduced Green Bay to just 8 points last week and condemned Aaron Rodgers to a forgetful night, will be able to step up and give another resolute performance.

If Arizona was able to beat the Seahawks on the road this season, then you can imagine what they can do for them in Glendale, a place where the Cards have been playing their best football on the season. So, yeah, the Hawks are capable of showing up in a flying way, but Arizona’s motivation to nail down home-field advantage all the way to Super Bowl 50, along with the balanced play from the Cards on both ends of the field, should allow Arizona to win this game in a rather dominant way.My Final Predicted Score: Arizona 35, Seattle 25
Older post
Newer post