NFL News and Rumors
With injuries continuing to pile up, franchise players getting benched and coaches being fired every other week, predictions could never be any more skewed than they are right now ahead of Week 9 NFL betting action. But being the oft-right NFL handicappers we’ve been through the first eight weeks of the season, we feel confident that you will be able to find some good betting value in the free SU NFL picks for Week 9’s games, which we’ve briefly prepared for you below.

After the Bengals condemned Johnny Manziel to a forgettable NFL start last year, a game that ended in a 30-0 shutout win for Cincy, it doesn’t look like Cleveland (even with Johnny playing better football this year) will be able to stop the red-hot Cam Newton and the Bengals from continuing their unbeaten run.

Aaron Rodgers is coming off arguably the worst game of his career, as he was limited to a career-low 77 yards on 14-of-22 passing. A previous poor performance, as we’ve known over the years, means that Rodgers will come into his next game hell-bent on winning, which often translates into a big game from the reigning NFL MVP. Against a Carolina team that needed overtime on MNF to survive a home upset scare from the out-of-sorts Colts (3-5), you can confidently bet your house on Rodgers and Packers to run down the Panthers, condemning Carolina to its first loss of the season.

Saints QB Drew Brees has found his rhythm, something that is ascertained by his 505-yard, 7-TD performance against the Giants in his best performance of the year, if not his career. Playing the Titans’ improved defense won’t be easy, and Marcus Mariota trained on Wednesday, meaning the Saints are likely to be tested by the promising rookie QB. Still, with the Superdome lighting up and cheering Brees after last week’s stunning win, this game can only end with one winner… New Orleans!

Both the Bills and Dolphins have been inconsistent in their performances on the season, but the Bills handed Miami a 41-14 beatdown back in Week 3 on the road, which should motivate them for a bigger performance at home this week. That notwithstanding, the Dolphins have also looked well-refreshed since their head coach got fired, winning impressively against the Titans and Texans, before losing to the Pats last week. The new-look Dolphins, led by an interim coach, should thus be able to feature better and stronger this Sunday. Even so, the Bills have their starting QB Tryod Taylor back from injury, while Miami’s top pass-rusher Cam Wake is out with an injury, so Buffalo should be good for a comfortable win and cover, though with a closer margin that their victory in Week 3. 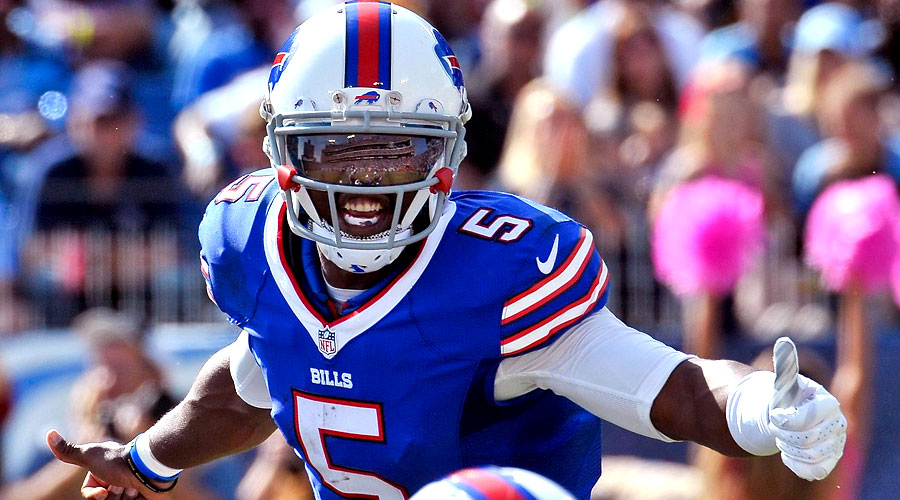 Andrew Luck has started to find some rhythm in his passing, but the protection from his O-line has been absolutely abysmal. Against Denver’s mean pass-rushing unit that limited Rodgers to less than 100 yards passing, Luck will be in for a tough game, allowing Peyton Manning and Gary Kubiak’s run-oriented offense to record a rather comfortable win.

Since the Big Ben registered back-to-back losses Week 13 and 14 of the 2013 season, he is riding hot on a 7-0 SU streak after a loss. So although the Raiders have shown a lot of will-power to win and are coming off a big win the Jets, albeit with some help from New York’s injuries, Ben Roethlisberger and the Steelers should be good for a close bounce-back victory after losing to Cincy last week.

The Cowboys may have not won any game since starting QB Tony Romo got injured, but they’ve been getting closer to that each week, with their strong front against the Seahawks last week being very commendable. If they can bring that type of defense against Philly, who’ve been struggling in passing and running the ball (despite having talents like QB Sam Bradford and 2014-15 league-leading running back DeMarco Murray), an upset win by the home dogs (Dallas) could be in the books. SU Picks for the Remaining Sunday Games •    Washington at New England, SU Pick: New England •    St. Louis at Minnesota, SU Pick: Minnesota •    Jacksonville at New York Jets, SU Pick: NY Jets •    New York Giants at Tampa Bay, SU Pick: NY Giants •    Atlanta at San Francisco, SU Pick: Atlanta

Just about the only guarantee in this game is that we will have a lot of points scored by both teams, so if you are looking for a best pick here, run to total lines and wager on an OVER. Winning-wise, it’s hard to say who will stand tallest, given that both teams have been wobbly on the season. Nonetheless, San Diego’s QB Philip Rivers has been a beast with his solid passing this season, so he is more likely to win the potential shootout against Jay Cutler, giving the Chargers a much-needed home win.
Older post
Newer post