NFL News and Rumors
When all is said and done, we’re left with two teams, the Carolina Panthers, and the Arizona Cardinals. One is going home, and one is heading to the Super Bowl. Both teams have played lights-out all season long. While the Cardinals narrowly escaped a comeback from the Green Bay Packers, the Panthers felt the same way after nearly surrendering a 31 point lead against the Seahawks. This game will be played at 6:40 EST on the 24th of January at Bank of America Stadium in Charlotte. For our NFL betting lines, click here.

Watch Online HereWe see the Panthers as 3 point favorites coming into this one, but this line may change as more bets come in. Be sure to check back on mybookie.ag to find updated odds throughout the course of the week.

Why Bet on the Carolina Panthers to Cover -3

The Panthers remain doubted by NFL fans throughout the world, despite their tendency to keep on winning. At 16-1 now, the Panthers have only slipped up once this year against the Atlanta Falcons. This year they’re 9-0 at their home field, and surprisingly, are 7-2 while at home ATS. The oddsmakers keep doubting the Panthers, and the fans keep doubting them. Any trend at 7-2 is hard NOT to jump on. The Panthers are playing like a Super Bowl winning team, and Arizona is just the next obstacle in their trek to the Super Bowl. Expect the Panthers to easily cover the spread while their defense is playing like it is, and Cam Newton is playing like an MVP. Remember: the Packers held the Cardinals incredibly well all game, and Carson Palmer turned it over twice. Don’t take the 26 points in overtime into too much consideration. Their offense looked terrible most of the game. 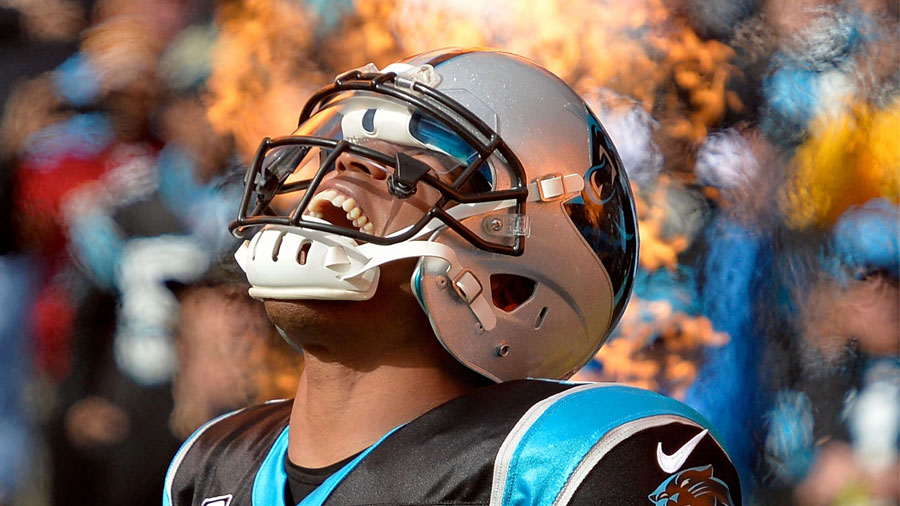 Why Bet on the Arizona Cardinals to Cover +3

The Cardinals come into this game breathing a sigh of relief. It looked like Green Bay was going to defeat them last week at various times, but the Cardinals still managed to pull it out in a fairly controversial win. On the bright side, the Panthers looked terrible in the second half, nearly allowing Seattle to come back from a 31 point deficit. The Panthers can be stopped by the Cardinals – all they have to do is keep Greg Olsen and the Panthers run game in check, which should be a fairly easy feat considering their experienced secondary. The Packers needed two Hail Mary’s to beat the Cardinals last week. This game is sure to be a close one down to the finish, so choosing the team that GETS the points is always a good idea.

I think the Cardinals certainly have a shot in this one, but they won’t beat the Panthers in a close game at the end. Cam Newton and the explosive run attack of the Panthers is too much for the Cardinals.Final Score Projection: Cardinals 17 Panthers 23
Older post
Newer post