NFL News and Rumors
Finally! The Thanksgiving Weekend is here, and with it comes tons of money-making opportunities in NFL betting. Can the Eagles upend the Lions? Are the Cowboys really better than the Panthers? Will Gang Green continue to own the Fins, or is it time for the Dolphins to swim out of their rivalry with a win? And what about the Broncos… Can they use their league-leading defense to put the clamps on the undefeated and high-flying Patriots? Find out below, as we take a look at the teams that should be on high upset alert in our NFL Week 12 online betting lines.

Betting on the Carolina Panthers vs Dallas Cowboys

The line for this game has been shifting for most part of the week, with some books placing the Panthers as 1-point favorites and others having the Cowboys as the favorites on a similar margin. In our latest NFL odds (as of Thursday Morning), the Panthers have been placed as 1-point favorites, which is probably based on the fact that the public has been pounding hard on Dallas, with many expecting Tony Romo to inspire the Cowboys to a win.

Now, given that the Cowboys are 3-0 with Tony Romo as their starter, and 0-7 without him this season, it makes total sense that many bettors expect Dallas to win. Plus, the Dallas defense has been superb in its last two games, allowing just 12 PPG and a little under 270 yards per game, while Romo has won all of his last 7 starts dating back to last season. Even more notably, Romo and the Cowboys were able to beat an undefeated Indianapolis team in Week 11 of the 2006-07 season, and then repeated the feat of beating an undefeated New Orleans team in Week 15 in 2009-10 season. So in short, Romo is more than capable of leading his 3-7 Cowboys to a win over the unbeaten 10-0 Panthers But then again, Cam Newton and his Panthers team has won and covered the spread in all of Carolina’s four road games this season. In addition, the Panthers have won an incredible 14-straight regular season games dating back to 2014, covering the spread 11 times in the process. Meanwhile, the Cowboys are 6-22 ATS when favored to win at home since 2009, underlining their shakiness at home. All that said, you can make a pick here, depending on which side of the narrative you trust. Personally, I wouldn’t be surprised if Romo leads his team to a win, given his well-known quarterback pedigree in hauling solid passes. As for my picks, though, I am slightly leaning on the Panthers, mainly because of Newton’s stellar dual-threat quarterback skills that can allow him to seamlessly switch between frustrating the Cowboys aerially and on the ground.

Betting on the Miami Dolphins vs New York Jets

The Dolphins are 4-6 and, after brief excitement in winning twice with coaching changes, they’ve been back to their struggling ways and are coming off a loss to the Cowboys last week. Meanwhile, the Gang Green have also been in problems, winning just one of their last five outings. In addition, the Jets are 1-4 SU and 0-4-1 ATS in Ryan Fitzpatrick’s past five starts, with his struggles seemingly getting worse by the weeks. Now, the Fins are far from good, so I am not making a ringing endorsement for Miami, but at +3.5, I think baiting the hook with the Dolphins to pull an upset, or at least cover the points, could give you a worthy catch this Sunday.

Betting on the New York Giants vs Washington Redskins

Though the Giants’ 2-3 road record this season doesn’t figure much value against Washington’s 4-1 home record on the year, New York’s Eli Manning and his solid aerial attack could easily neutralize that home advantage in a showdown against Washington’s Kirk Cousins and his iffy offense. That said, the Redskins (who are coming off a crushing road defeat to the Panthers) are 3-0 SU this season in games played at home after a road loss. Not to mention, Cousins has racked up 10 TDs at home against just two picks, meaning a decent home showing can be expected from the QB. And if that happens, along with a good performance from Washington’s resurging defense, the Redskins could be due for a home upset over the overvalued Giants.

Betting on the Minnesota Vikings vs Atlanta Falcons

To be sincere, I am really surprised that the Falcons (6-4) are placed as slight favorites in this game. This is an Atlanta team that is on a three-game slide, all of those being very winnable games, including last week’s home loss to the Colts. Meanwhile, QB Matt Ryan a.k.a. Matty Ice has become Matty Melt, constantly turning his once-solid quarterback skills into spongy signal-calling when put under pressure. If I didn’t know better, I’d say that he is competing with Peyton Manning (17 interceptions) on who will make the most number of mistakes this season, given Ryan’s 10 interceptions and 6 fumbles through the 11 weeks. And to make matters worse, the Falcons could be without their star running back Devonta Freeman, who is nursing an injury. Turning to their competitors, the Vikes (7-3) are tied with the Packers atop the NFC North standings, even after losing to Green Bay last week, something that underscores how good a season they are having. Moreover, the Vikings own the sixth-best passing defense in the league, which could easily be used to contain Ryan and Atlanta’s passing game that has struggled mightily in recent weeks, as has been already done to a good number of QBs this season. Added to the renowned solid running game of Adrian Peterson and the good enough passing game of Teddy Bridgewater, I am highly expecting this game to end in a win for the visiting Vikes team. 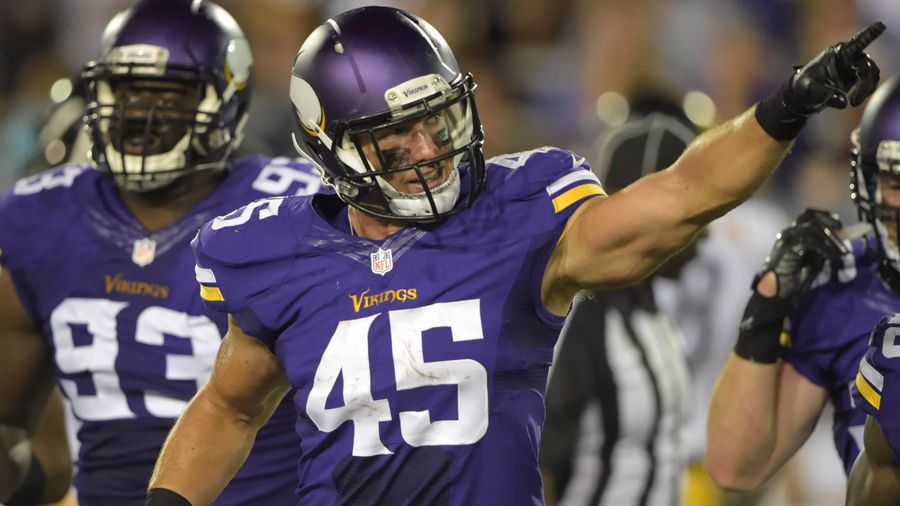 Betting on the Tampa Bay Buccaneers vs Indianapolis Colts

Let’s make one thing clear; I am never a fan of this Jameis Winston guy, given his unlikeable off-field demeanor and tendency to crack under pressure when facing strong defensive units. But after setting single game career-highs for QBR (94.7), touchdowns (five) and passer rating (131.6) in Tampa Bay’s huge win in Philadelphia last week, I’d be a fool not to acknowledge that the rookie could be due for another big game—if not an upset win—over the Colts this Sunday. The Colts are allowing 279 yards per game this season (29th in the league), which could give Winston a very good chance to shine with his surging receivers. Meanwhile, Indy’s star quarterback Andrew Luck will still be out of the team, meaning 39-year-old backup quarterback Matt Hasselbeck and 32-year-old running back Frank Gore (who is in fact a doubt for the weekend after missing Wednesday’s practice) will be the biggest offensive threats. Against the young and energetic Buccaneers secondary, these old men could be in for rough day, with constant harassment and pressure being thrown their way, thus leading to less efficiency from the Colts offense. Considering all that, Winston and his team could be walking out of Indianapolis with a win.

Betting on the Pittsburgh Steelers vs Seattle Seahawks

Betting on the New England Patriots vs Denver Broncos

Yes, I know that Tom Brady is on beast-mode this season and his top targets (Danny Amendola, Scott Chandler and Rob Gronkowski) are looking dauntingly good. And when it matters, the Pats are good enough to make enough stops and plays in the defense, giving the offense sufficient time and opportunities to do their thing. And, of course, the Broncos will not be having Peyton Manning under center, offering the Pats a breather. Nonetheless, the Broncos still have an elite defense that could limit Tom Brady and the Patriots from having a field day. A look at Brady’s performance against the Buffalo in Week 11 also tells us that he is not invincible and can be troubled by an excellent defense, something the Broncos have in abundance. Moreover, Brock Osweiler had a big game last week, which gives us the notion that he could be due for another good game, especially if his running backs can also join the party. So, although it’s a longshot chance to bet against the Patriots, we’ve seen enough miracles in the NFL lines to know that Denver is more than capable of pulling one of its own.
Older post
Newer post