NFL News and Rumors
After getting wins in their respective Week 12 matchups, the Minnesota Vikings and semi-desperate Seattle Seahawks will both look to get a big victory and extend their winning ways when they square off in an enormous Week 13 matchup that gets underway on Sunday at TCF Bank Stadium.Now, let’s find out who’s going to bring home the bacon for online betting fans this weekend.

#SEAvsMIN is a split decision for the experts. MORE: https://t.co/FNYUlmm9gB pic.twitter.com/ohE6vsrFWS

The Vikings have won six of their last seven games and bounced back nicely from their Week 11 loss against Green Bay to man-handle Atlanta in their 20-10 Week 12 win while easily covering the spread as a 2-point road favorite.Quarterback Teddy Bridgewater completed 20 of 28 for 174 yards but tossed one costly interception in the end zone. Minnesota was led to victory on the powerful legs of veteran running back Adrian Peterson and an overpowering defense that nearly kept the Falcons out of the end zone for the duration.Peterson rushed for 158 yards and two scores while recording his sixth 100-yard rushing performance of the season. The future Hall of Famer also surpassed O.J. Simpson (11,236), Corey Dillon (11,241) and John Riggins (11,352) and heads into Week 13 with 11,354 career rushing yards.”We took it personal, the loss last week,” Peterson said after getting held to just 45 yards against the Packers the week prior.”I just come in and try to focus on doing my job and helping my team win,” Peterson said. ”I’ll be able to look at those things after the fact.”The Vikings picked off Atlanta’s Matt Ryan twice in the win and held star wide receiver Julio Jones to 56 yards on five catches.

The Seahawks have won two straight and four of their last five games overall including their impressive 39-30 Week 12 win over Pittsburgh while covering the NFL betting line as a 3-point home favorite.Franchise quarterback Russell Wilson tossed a career-high five touchdown passes in the win, including two TD strikes to Doug Baldwin in the final 8:12 of regulation. More importantly, the Seahawks didn’t fade down the stretch as they have in several games his season.”That was a lot of fun. It can’t get any more fun,” Wilson said.Wilson threw three touchdowns to Baldwin, including an 80-yard strike with 2:01 remaining after Pittsburgh had cut Seattle’s lead to 32-30. The game featured a ton of excellent offense from both teams.”It’s kind of an unorthodox way to play and win the football game, but that’s what we had to do today,” Seattle coach Pete Carroll said.The Seahawks lost tight end Jimmy Graham for the remainder of the season with the gifted receiver tearing his patellar tendon injury in his right knee in the contest. 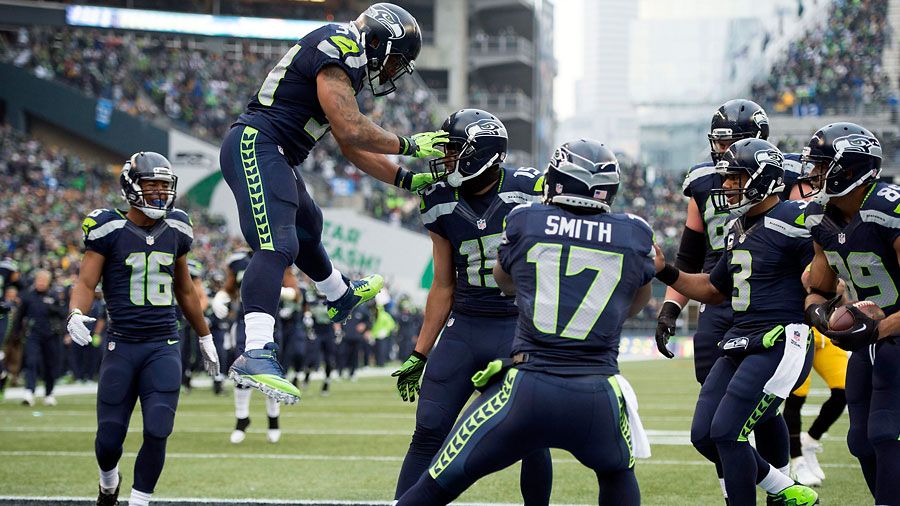 While I’ve been extremely impressed with the Minnesota Vikings this season and believe they could win at least one postseason game come playoff time, I’ve got go against the 57 percent of the betting public that likes the Vikes to win and cover the spread in this intriguing Week 13 matchup, mostly because the Seattle Seahawks are completely desperate at this juncture.Seattle has won two straight and four of its last five games and is playing its best football of the season at just the right time. I know the Seahawks are 4-8-2 ATS in their last 14 games and just 1-3-1 AS in their last five road games, but Minnesota failed to cover the spread in their last home game against Green bay and I believe a similar outcome is in store for Adrian Peterson and company in this contest.I fully expect Seattle to focus on stopping the league’s rushing leader and force young quarterback Teddy Bridgewater to beat them with his right arm, which of curse, he won’t.Seattle has scored at least 29 points in each of their last three games and while the Seahawks’ defense clearly isn’t as dominant as it used to be the last couple of seasons, the Seahawks have managed to hold three of their last five opponents to 13 points or less.Minnesota is playing very well and they’re also at home, but again, I like Russell Wilson and company to cover the NFL betting line, mostly because of sheer desperation!