Cam Newton has been a beast this season and his performance against Green Bay (297 passing yards and 3 TDs, plus 57 rushing yards and an additional score) was top-drawer material. The problem, however, is that most teams tend to drop their intensity after such big games. This could easily set them up for a let-down performance against the rejuvenated Titans, who are coming off a morale-boosting win over Drew Brees and the Saints in New Orleans. Added to the fact that Tennessee owns a mean defense that is allowing just 329 YPG total this season, and Marcus Mariota (371 yards and four touchdowns with zero interceptions in the 34-28 OT win over New Orleans) is proving clutch by the day, it wouldn’t be a surprise if the Titans deliver the upset of the week by handing Carolina its first loss of the season.

I know that Antonio Brown eclipsed the 1000-yard mark last week, but I also know that he only has three TDs to his name. I know that, in seven quarters of relief work this season, Landry Jones has thrown for 456 yards three touchdowns and two picks in 28 of 47 passes, but I also know that the Steelers have struggled when Jones is under the center. But do you know that Josh McCown is 12th in the league in passing offense with 271.0 yards per game yet the Steelers are ranked 7th-worst in defending the pass? Well, if you didn’t, better take note of that because Big Ben is out injured, and after McCown gave Peyton Manning and the Broncos hell a couple of weeks back, he is likely to do the same against Jones and the Steelers, giving Cleveland a great chance to deliver an upset win this weekend. FYI, the Browns have managed to cover the spread in four of their last eight meetings with Pittsburgh at Heinz Field (with Ben Roethlisberger as the starter), so Jones should offer similar/better prospects for the same.

Honestly speaking, I have no idea what will happen in this game because the past betting trends between these two teams are skewed and none of them has been playing consistently so far. That said, Ryan Tannehill has looked rejuvenated since his head coach was fired, while Sam Bradford and his offense have been more opportunistic rather than good. Combined with the fact that the Eagles have been shakier at the back than the Dolphins; Miami could—at the least—cover the spread this Sunday, if not win the game altogether. 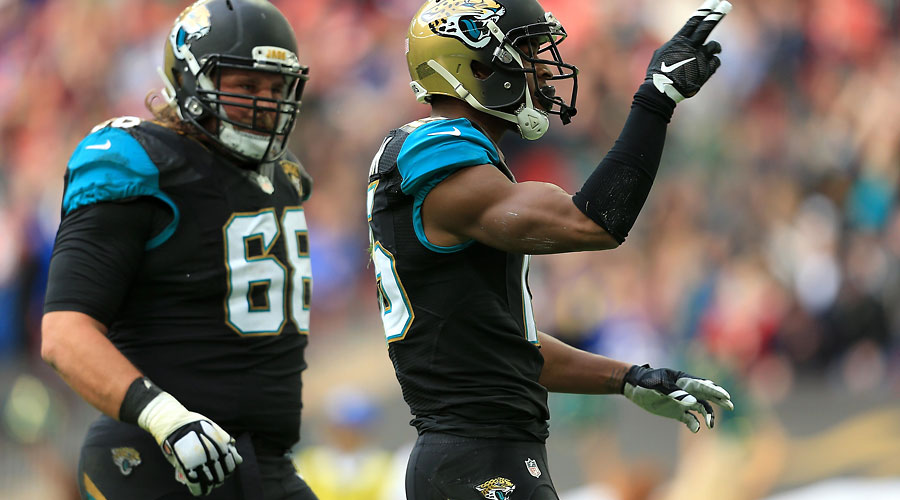 As far as smelly road records go, the Jaguars stink from all the way from New England early in the season to the New York Jets in their last outing. And it’s not just this season, it’s been like that for quite some time, especially when they are road underdogs–something that is asserted by their 0-13 SU record in their last 13 games as road underdogs. But then again, the Jacksonville we are seeing this year is agreeably improved from the one we saw last season, with Blake Bortles looking like the second-best sophomore QB behind Derek Carr. And to further orient hope, the Ravens have been arguably the most beatable team this season (of course behind Detroit), thanks to the pathetic Baltimore secondary and the offseason loss of certain crucial weapons in Joe Flacco’s offense. When you add all that up, there’s really not much separating the 2-6 Jags and the 2-6 Ravens. Subtract Baltimore’s home advantage (the Ravens are 0-6 ATS in their last six games at home), and add the fact that Week 10 of the NFL is often a special week for people in Jacksonville (the Jags are 10-3 SU and ATS in their last 13 games in Week 10); you get a game that should at least allow the Jaguars to cover the spread, if not pay them on the SU lines as well.

Yes, the Giants have nothing resembling a D-line at the back, and Tom Brady is having a season akin to the one in 2007-08, when his team went unbeaten all the way to the Super Bowl. But do you remember the team that beat the Pats in that 2007-08 Super Bowl? Yes, you are right, it was the NY Giants, the same team they’ll be playing this Sunday. And to make matters even more interesting, Eli Manning is equally having a solid season, so he should continue to light it up in New York with Odell Beckham Jr., just in the same way Brady and Gronk are expected to be on fire. Not to forget, the recent betting trends are in favor of the Giants, who are 3-0 SU and ATS in their last three overall games against the Patriots, including two wins in the Super Bowl. And to top it all off, New York has won its last three games at MetLife Stadium. So tell me, doesn’t this game smell of an upset? You be the judge…

Though they’ve had a couple of uncharacteristic performances on the season, the Cardinals (6-2) are still one of the most all-rounded teams in the nation this season, affirmed by their plus-110 point differential that is second only to New England’s plus-133 in the league. Meanwhile, the 35-year-old Carson Palmer has been as solid as ever with 20 TDS against just 6 interceptions this season, while leading the Cards to a remarkable 3-1 SU/ATS record on the road this season. Conversely, the Hawks (4-4) have been playing like a mid-table team, recording too many bad results on the season, and Russell Wilson is far from the his Super Bowl MVP self with 9 passing TD and 7 picks to his name and no rushing TDs so far. That’s almost as bad as rookie Jameis Winston’s numbers this season (10 TDs and 7 interceptions). Against a Redbirds team that wants a statement win that will see them solidly perched atop NFC West standings, it goes without saying that Arizona could be due for the victory on Sunday Night Football, even if the CenturyLink Field has never been the friendliest of places for them.
Older post
Newer post