NFL News and Rumors
Now that the 2015 New England Patriots are 8-0, a lot of NFL Odds fans are wondering how this season’s team compares with the 2007 edition that went undefeated…all the way to the Super Bowl, when the New York Giants upset the team.

A look back at the first half of the season in photos: https://t.co/Mi2f0ASDsL pic.twitter.com/aN71Q09uWx

There are, after all, some similarities between the two teams beyond the big stack of wins. Tom Brady is once again putting up huge passing numbers. Rob Gronkowski, Julian Edelman, Jamie Collins and Dont’a Hightower are crucial on both sides of the ball. The team has blown out the teams that it should have. However, the close calls against the Pittsburgh Steelers and the New York Jets show that this team has some real flaws – at least in contrast with that 2007 team. That 2007 team represented a rare combination of talent that shows up in a city once in a lifetime and was a couple of minutes away from ending that season 19-0. It’s true that with talents like Randy Moss, Wes Welker, Junior Seau, Asante Samuel and the like around Tom Brady, this team was the best squad that did not win the Super Bowl. So let’s look at some comparisons. In 2007, the Patriots also won its first eight games, but it won all of them by at least 17 points. The Patriot wins against Pittsburgh and the Jets this year were by no more than a touchdown. In nine of its first 10 games in 2007, the Pats put up at least 34 points per game. Over the course of the entire regular season, the team put up 36.8 points a game. Tom Brady threw 50 touchdown passes, and Randy Moss hauled in 23 all by himself. These are not numbers that the Patriots of 2015 are close to approaching. 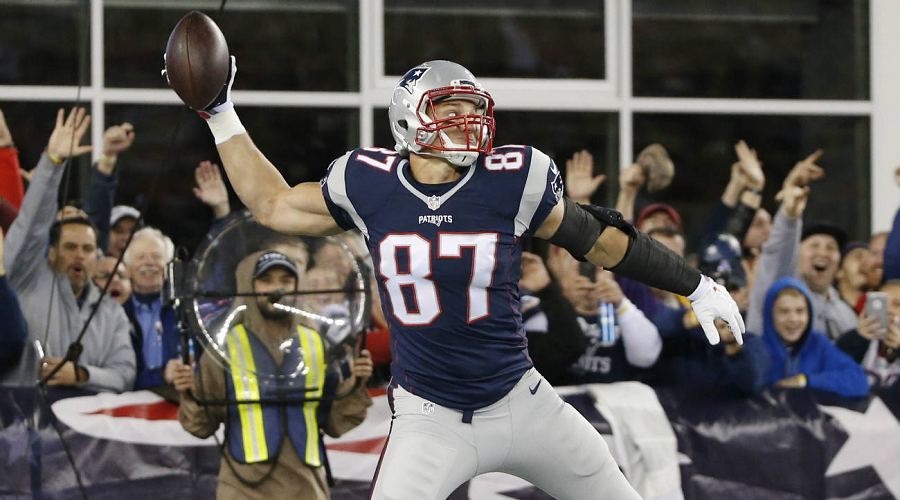 Is the 2015 team superior in any way? Ben Watson and Kyle Brady were the tight ends in 2007, and they were the kind of solid tight ends that teams rely on. Ben Watson is still getting the job done with the New Orleans Saints this year, at the age of 34. However, neither one of these was close to what Rob Gronkowski can do. His combination of size and speed have made him into a game-changer that no other tight end in the game can match. There are tight ends like Dallas’ Jason Witten, who are reliable third-down targets for their quarterbacks, but no other tight end can take over a game like Gronk can. The tailback for the Patriots in 2007 was Laurence Maroney, who picked up 835 yards that year, backed up by Sammy Morris and Kevin Faulk. In 2015, the Patriots have Dion Lewis and LeGarrette Blount carrying the ball – two far more impactful backs. The Patriots can still run the table. They are virtually assured of a playoff spot now, and they have super NFL odds of getting to Super Bowl. However, the talent level on this team does not match the talent level of the 2007 squad. That’s not to say that this is a bad team; it’s just not the greatest.
Older post
Newer post